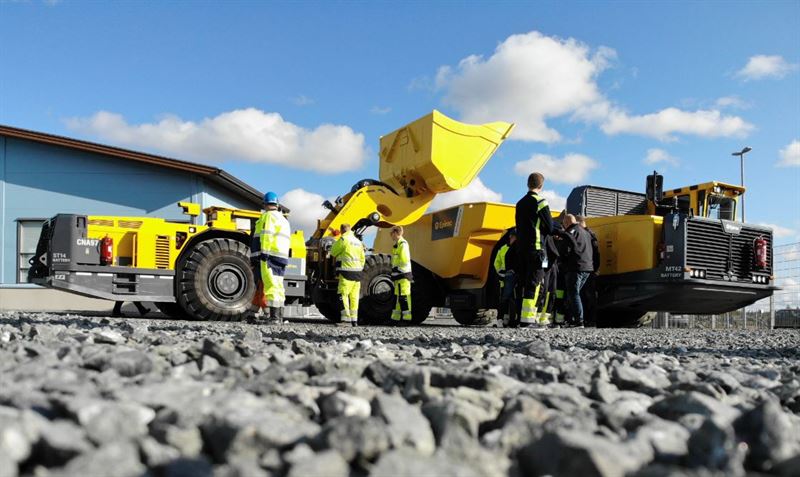 Stockholm, Sweden: Less than a year after Epiroc’s launch of its new generation battery electric mining equipment, the company has won orders for those machines from customers in several countries including Finland, Australia and Canada.

In Finland, Agnico Eagle Mines Limited ordered in the third quarter 2019 the Boltec E Battery rig for use at the Kittilä gold mine. Several orders from other companies have been booked in previous quarters for battery electric versions of the Boltec rock bolting rig, Boomer face drilling rig, Scooptram loader and Minetruck hauler.

In addition, Agnico Eagle Mines is already testing several Epiroc battery-powered machines at Kittilä as part of the Sustainable Intelligent Mining Systems (SIMS) project. SIMS, where Epiroc is serving as coordinator, is part of Horizon 2020, the European Union’s most extensive research and innovation program ever. A Boomer E2 Battery has been operating for some months at Kittilä, and in August a Minetruck MT42 Battery and a Scooptram ST14 Battery also arrived at the mine as part of the SIMS project.

“We see very strong customer interest for our new battery electric mining machines,” said Helena Hedblom, Epiroc’s Senior Executive Vice President Mining and Infrastructure. “The technology is now well established, and more and more mining companies are realizing the significant benefits that come with using electric machines instead of diesel. We are proud to spearhead the mining industry’s drive toward a fossil-free future.”

The benefits include improved health and safety, lower total cost of operation and higher productivity. The advantage is especially significant for underground operations where mining companies traditionally must invest heavily in ventilation to air out the diesel fumes.

“The Boomer E2 Battery has been performing very well and a diesel engine has not been missed,” said Jari Kolehmainen, Production Manager at Agnico Eagle Mines. “Operator feedback has been positive and we are looking forward to expand our fleet with more electrical powered equipment in the near future. Therefore we are also very excited to be testing the battery powered mine truck and loader. These tests are giving us the confidence to be a successful early adopter of this new and exciting technology.”

Epiroc launched its first battery electric machines in 2016. In November 2018, the company unveiled its new generation consisting of 14 and 18-ton loaders, a 42-ton truck and a mid-sized drilling family including face drilling, production drilling and rock reinforcement rigs. Epiroc aims to be able to offer its complete fleet of underground mining equipment as battery electric versions by 2025.

Epiroc is a leading global productivity partner for the mining and infrastructure industries. With cutting-edge technology, Epiroc develops and produces innovative, safe and sustainable drill rigs, rock excavation and construction equipment and tools. The company also provides world-class service and solutions for automation and interoperability. Epiroc is based in Stockholm, Sweden, had revenues of SEK 38 billion in 2018, and has more than 14,000 passionate employees supporting and collaborating with customers in more than 150 countries. Learn more at www.epirocgroup.com.