Serena Hotels is proud to announce the recent opening of their new “Morani Wing” at Sweetwaters Tented Camp in Nanyuki, Kenya.

These eleven new tents are spacious, artistically designed and tastefully furnished keeping the needs of today’s discerning traveller in mind with provision of internet connectivity in each tent, coffee/tea making facilities, shaving mirrors and hairdryers.All tents command great views of the watering hole and Loldaiga hills with a backdrop of Mt. Kenya.

The new wing comes complete with deluxe double, twin and triple tents as well as a deluxe tent suitable for the physically challenged - all with beautiful modern décor that complements the natural tones of the bush.

The Morani Wing has been named in honor of Morani the first black rhino to be introduced to Sweetwaters Game Reserve (now known as the Ol Pejeta Conservancy), which was opened as a Black Rhino Sanctuary in 1989. An orphan of poaching, Morani was tamed and before his death in 2008, he was the best Ambassador for all black rhino in Africa.

Sweetwaters Tented Camp is set in a private sanctuary, which is abundant with wildlife and unfettered by the more rigorous strictures of the Kenyan National Park.  The camp offers the opportunity to experience an African ecosystem unlike anywhere else.

The improvements made to this camp and the upgrade undertaken are in line with Serena Hotels' policy to continuously evaluate and upgrade the product offering and services for the comfort and benefit of all Serena clients.

On conservation matters, Sweetwaters achieved the Silver Eco-rating award for the continued dedication and commitment towards promoting responsible tourism. Other Serena properties that have a Silver rating are Amboseli and Kilaguni Serena Safari Lodges.

Only 3 hours from Nairobi, The Ol Pejeta Conservancy – a 90,000-acre private wildlife conservancy – is situated on the equator, in Kenya’s Laikipia District, between the foot hills of the Aberdares and the magnificent snow-capped  Mount Kenya.

The Ol Pejeta Conservancy boasts an astounding variety of animals, including the Big Five (the endangered black and white rhino, leopard, elephant, buffalo and lion), Grevy’s zebra, Jackson’s hartebeest, cheetah and the highlight being the chimpanzee and Rhino sanctuaries. The combination of amazing wildlife and stunning views across the open plains of Ol Pejeta guarantees an unforgettable safari experience.

- One of the private game reserves in Kenya, Sweetwaters excels in the provision of privileged seclusion and private game viewing both night and day. - Located just a couple of hours from Nairobi.
- Spend a morning with the Ol Pejeta conservancy predator research team and gain an insight into Africa's king of the savannah - the Lion.  Using specialized tracking devices get up close to these elusive beasts.
- Camel trek through the sanctuary.
- With well over 500 recorded species of bird, Ol Pejeta is an ornithologist's paradise, join trained naturalists for a spectacular bird watching experience. - A magnificent sanctuary in Kenya where qualified guides will take you on a journey to see the endangered species of Grevy's Zebra, Jackson's Hartebeest, Cheetahs, spotted hyenas and not to mention the black and white Rhino.
- Chimpanzee sanctuary, the only one of its kind in Kenya.
- Each tent has a thatched roof, an en suite bathroom and its own veranda with views over the waterhole.
- Beauty, health and massage services available

Ethos Marketing is the UK Sales, Marketing and PR office for luxury hotels and game lodges in Southern and East Africa.

Ethos Marketing (established as African Ethos in April 1994) provides a highly effective marketing, PR and sales function in the UK for luxury hotels and lodges in Southern and East Africa.Ethos’ dynamic and professional team of six has developed a unique portfolio of prestigious clients, maintained by a constant quality of service and high level of commitment.Longstanding clients include The Blue Train and Garonga Safari Camp in South Africa (both clients since 1998) and Serena Hotels & Resorts in East and Southern Africa (clients since 2003).Other clients include Newmark Hotels (The V&A Hotel, Queen Victoria and Dock House - all on the Waterfront as well as La Splendida in Cape Town) as well as Motswari Private Game Reserve in the Timbavati (Greater Kruger) and Coral Lodge in Mozambique, Fancourt on The Garden Route, Majeka House in the Stellenbosch Winelands and Steenberg in Cape Town's Constantia Winelands.Ethos Marketing also represents 4 fantastic properties in KwaZulu-Natal including Fordoun Hotel & Spa, Ghost Mountain Inn, Isandlwana Lodge and Thula Thula Game Reserve. Ethos' Zulu Route gives visitors an authentic experience of all the main highlights of the province in a range of easy to book itineraries. The 10 member properties include Amakhosi Safari Lodge, Cathedral Peak Hotel, The Cavern, Fordoun Hotel & Spa, Ghost Mountain Inn, Isandlwana Lodge Pakamisa Private Game Reserve, Tembe Elephant Park, Thula Thula and Umkhumbi Lodge. Due to the rapidly growing worldwide tourism market, and the increase in the number of facilities available, it has become increasingly important for companies wishing to take advantage of this to market themselves effectively and cost efficiently on an international basis.Ethos offers the full service from regular sales calls, trade workshops and attending consumer shows to market research, marketing, public relations and media monitoring. Flexibility is key … every agreement is tailormade to suit the particular needs of a company, in line with their strategies.For more information or to access our high res image gallery visit www.ethosmarketing.co.uk 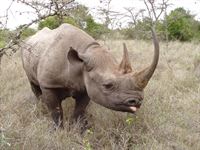