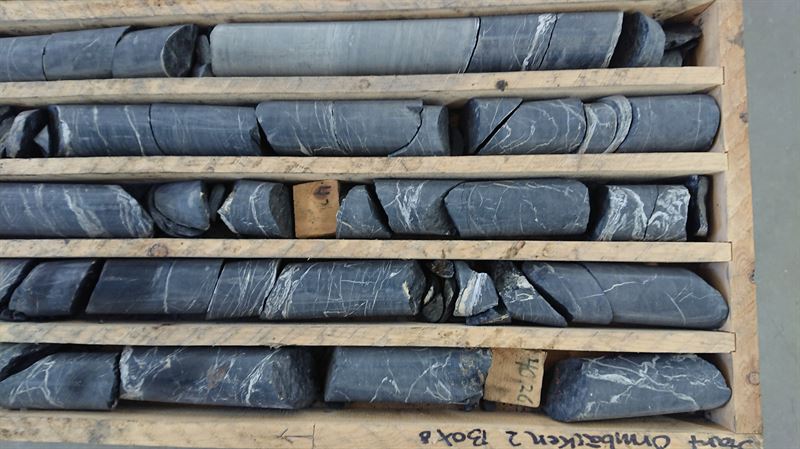 Eurobattery Minerals AB (NGM; “BAT"), a growth company in the mineral exploration industry with a corporate vision to help Europe become self-sufficient in ethical battery minerals, are pleased to share the results from the preliminary experiments on prospects of vanadium recovery from shales conducted by scientists from Uppsala University and AGH University of Science & Technology in Krakow.

The scientists have conducted both field studies and microprobe analysis of material from Eurobattery Mineral’s prospect area in Fetsjön in Västerbotten located in the Northern parts of Sweden as part of the collaboration that was announced in December 2019.

Previous vanadium, which is a key component in a vast number of electronic equipment including electric vehicles, smart phones and computers, has been identified in the bedrock in the prospect area without detailed knowledge about the specific carrier of the metal. Following the analysis that was carried out on thin section cuts from drill core samples, the scientists can now conclude that a certain type of the mineral Rutile is the carrier of vanadium in Fetsjön.

­– Even if early results, it’s encouraging to see that the scientists have now identified the carrier of the vanadium in our prospecting area in northern Sweden, said Roberto García Martínez, CEO of Eurobattery Minerals. In order to provide ethical and fully traceable minerals and support the electric revolution, it is important that all stakeholders collaborate, why we are looking forward to continue to support this important research project.

The research project continues in accordance with the plan and the next step is to initiate test on sustainable ways to extract vanadium from this specific mineral.

The full report written by Dr. Maciej Manecki at the AGH University of Science & Technology in Krakow and Dr. Jaroslaw Majka at the Uppsala University is attached to this press release.

Eurobattery Minerals is a mineral exploration company focused on battery minerals such as nickel, cobalt, copper and rare earth elements. Business activities and operations are conducted exclusively in Europe with a focus on Spain and northern Sweden. The company has one mining license and eight exploration licenses. The headquarters is located in Stockholm.