Half a Million Pounds….A Truckload of Cash for the Northampton Community 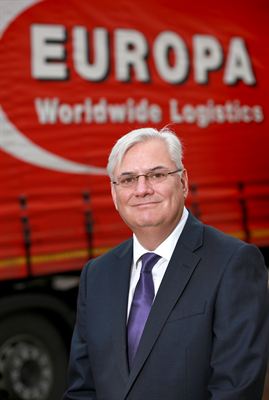 Over the past 36 years local transport firm Europa Worldwide Logistics has raised nearly half a million pounds for good causes in the community.

Europa - one of the UK’s leading privately owned transport has been raising money through its bi-annual Charity Funday which started out in 1978 as a cricket match with one of its key clients. Europa’s next Charity Funday will take place on Sunday 29 June near one of Europa’s sites in Dartford.

Europa’s Northampton branch is based at Grange Park and employs a team of 40 who offer a single source of supply chain expertise. From its 85,000 sq foot office, it provides a multitude of warehousing and logistics services for blue chip customers including Norwich based Naked Wines.

The Europa Charity Committee oversees the distribution of all the money raised and this committee consists of staff members and two directors.  Over the years the funds raised have been used to support many worthwhile organisations, ranging from large charities such as St John’s Ambulance, Radio Lollipop and the British Dyslexia Association to smaller charities such as St Christopher’s Hospice and Clover House. The main charities benefiting from the Europa Charity are those focusing on children, older people, support for those suffering from cancer, diabetes, heart disease and dementia.

Today Europa employs around 500 people in the UK at over 11 branches.  Last year the business was acquired by a new owner who pledged to invest in the company.

Carl Potter, Administration Director at Europa, commented “Giving something back to local area is really important to all of the team at Europa.  This Charity Funday is an opportunity to raise money for great causes, and we are really proud of projects such as the Europa Charity Bus that drives around Bexleyheath, near Dartford.”

“We are looking for local groups who could benefit from the Europa Charity in the future and have a dedicated page on our website so that charities can apply.  We are happy to consider any local groups looking for additional funding for either specific projects or ongoing support from money we raise at the event at the end of June.”

Andrew Baxter, Managing Director of Europa Worldwide who bought the company in August last year added “I’m very proud of what has been achieved through the Europa Charity over the years and am totally committed to continuing and growing it in the future to help local community projects.”

For further information of how to apply to the Europa Charity contact Marlis Valally – Tel: 020 8320 5096 or visit http://www.europa-worldwide.com/about/charity-and-community

Europa, one of the largest privately owned transport and logistics companies in the UK employ 500 people in the UK over 11 branches; it also has an office in Hong Kong. In 2012 it had a turnover of £73m, carrying some 500,000 consignments.  It offers logistics, air and sea freight services to a growing number of blue chip companies.

Europa is expecting to add a number of additional routes throughout 2014 and it also has plans to open another branch in the east midlands area to further strengthen its distribution infrastructure.  This will strengthen Europa’s aim to be internationally recognised as one of Europe’s finest freight forwarders.