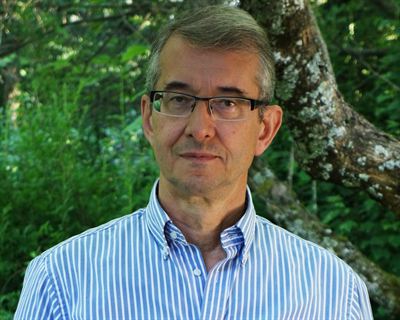 The European Spallation Source has named Roland Garoby, one of CERN’s long time experts in building accelerators, to lead technical aspects of the machine.

The European Spallation Source has chosen a CERN veteran to lead the effort to build the world’s most powerful proton accelerator. At CERN since 36 years, Roland Garoby presently leads the upgrade of the six accelerators of the injector complex for the Large Hadron Collider. In his new role at ESS, he will lead the technical team designing and building the ESS accelerator, target, and integrated control systems.

“Roland’s decision to join ESS is an important confirmation for the project,” says Jim Yeck, ESS Director General. “His years of experience at CERN and his access to an extensive network of experts in the community are extremely valuable. His knowledge of accelerator-based research infrastructure and of ESS itself will be highly relevant.”

In fact, Garoby knows the ESS very well since he serves as Chair of the Technical Advisory Committee, a panel of experts from all over the world advising ESS on the technology and design of the machine. The ESS accelerator is a combination of a normal conducting and superconducting systems, and is based on technology used at CERN to build some of the world’s largest and most complex accelerators.

“I am very excited to join ESS full time and dedicate myself to this exciting project,” says Roland Garoby. “The ESS accelerator will be the most powerful of its type in the world when it is complete and combines many innovative technologies. For someone who has spent much of his career designing and building such systems, this is a fascinating challenge.”

Garoby began his career at CERN in 1978 as an engineer in Radio-Frequency. While contributing to the CERN projects, he successively led the Radio-Frequency and the Beam Instrumentation groups. He is presently in charge of the R&D for a Superconducting Proton Linac at CERN.

“Roland is a great addition for the ESS team,” says Mats Lindroos, Project Leader and Head of Division for the Accelerator. “I worked together with him at CERN for many years and he understands very well the technical challenges we are facing at ESS, and we can count on him to overcome them.”

The ESS accelerator and target will form the most powerful spallation source in the world, providing neutrons to material scientists for their studies. The machine will provide a pulsed beam power of nearly 5 megawatts that will be absorbed and converted by the target station. For comparison, existing spallation provide five times less power.

The new Technical Director takes over his responsibilities on October 1, 2014. The position is new, and will oversee the delivery of technical systems for the entire ESS organization.  The current Machine Director, Ferenc Mezei, will continue as senior advisor to the Director General working to ensure the optimum facility performance.

The European Spallation Source (ESS) is a multi-disciplinary research centre based on the world’s most powerful neutron source. This new facility will be 30 to 50 times brighter than today's leading facilities, enabling new opportunities for researchers in the fields of life sciences, energy, environmental technology, cultural heritage and fundamental physics. 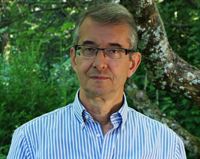