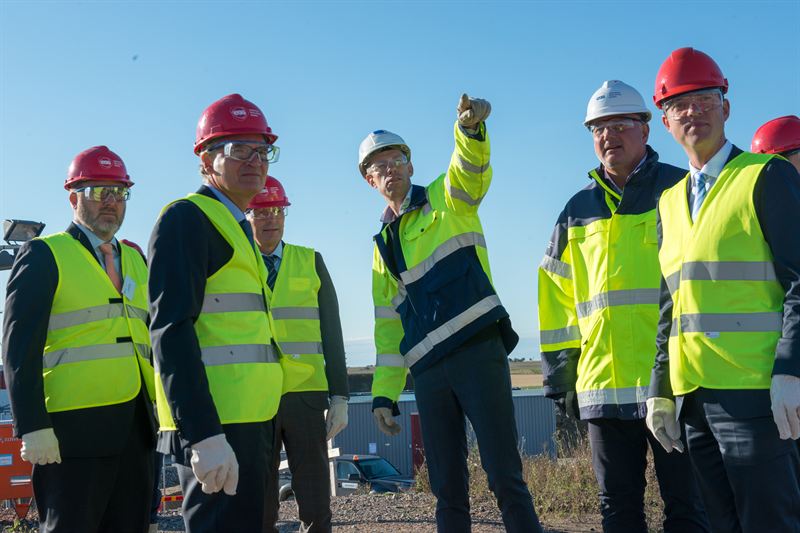 The European Spallation Source marked an important milestone today at the construction site in Lund. Now the organisation is a European Research Infrastructure Consortium (ERIC), a type of legal entity created by the European Commission for governing international research facilities. The European Commission's Director-General for Research and Innovation, Robert-Jan Smits handed over the official ‘plates’ of the ERIC from the Commission to ESS. He was joined by the Swedish Research Minister Helene Hellmark Knutsson, and her Danish counterpart Esben Lunde Larsen, as well as representatives from the partner countries.

“The European Spallation Source is one of the most impressive European Research Infrastructures and has obtained the prestigious ERIC status,” says Robert-Jan Smits, the European Commission Director-General for Research and Innovation. “The timely completion of ESS enables Europe to maintain its position as the leader in neutron-based research and provides a multidisciplinary centre for innovation and competitiveness.”

The new facility is the world's next-generation neutron source and one of the highest priority research infrastructure projects in Europe. The EU has approved projects for ESS under its Horizon 2020 programme for €20 million. The project BrightnESS includes 18 European institutes and universities from 11 countries, over 36 months. It includes the Universities of Lund and Copenhagen, as well as CERN in Switzerland.

“Now we launch a new phase of the pan-European Partnership that is ESS, with an emphasis on the shared ownership of the project and the facility,” says Jim Yeck, ESS Director General. “The additional support through BrightnESS and other Horizon 2020 projects demonstrates the level of priority and commitment to making ESS a success.”

The European Commission confirmed the establishment of the European Spallation Source as an ERIC formally in mid-August, and the decision took effect as of the 31st of August. The Founding Members are the Czech Republic, Denmark, Estonia, France, Germany, Hungary, Italy, Norway, Poland, Sweden and Switzerland. Belgium, the Netherlands, Spain and the United Kingdom joined as Founding Observer Countries and plan to become Members in the near future. Greece also has indicated a wish to become an observer.

The European Spallation Source is a Partnership of European Nations committed to the goal of collectively building and operating the world's leading facility for research using neutrons by 2020.

European Spallation Source, ESS, will be a multi-disciplinary research facility based on the world’s most powerful neutron source. The main facility is under construction in Lund, Sweden, with a Data Management and Software Centre in Copenhagen, Denmark. Construction started in 2014 and the user programme for researchers will begin in 2023. The European Spallation Source ERIC (European Research Infrastructure Consortium) currently has 13 member countries. 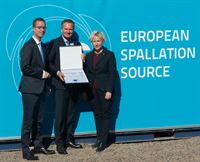