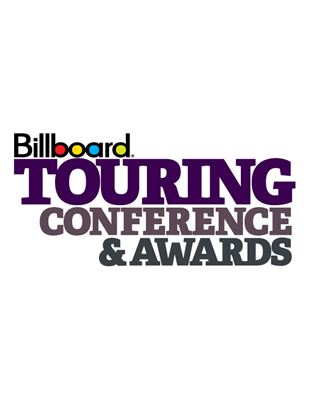 Eventful and Billboard Asked Fans to “Demand it! ®” and Vote for the Best Concert Tour of 2012

San Diego, Calif. and New York, N.Y.,– Nov. 9, 2012 – Eventful, the largest digital media company connecting people with localized events and entertainment, and Billboard, the world’s most influential music brand, are thanking music fans and concert goers nation-wide for clicking “Demand it!®” and voting for their favorite concert tour of the year.

Last night at the Billboard Touring Conference & Awards in New York City, Lady Gaga picked up the Eventful Fans’ Choice Award for the best concert tour of the year. Mother Monster toured the globe in 2012 and brought her “Born this Way Ball” tour to almost every continent. She performed 24 songs and her tour became a “can’t miss” event that featured five acts, 14 costume changes and elaborate set pieces.

Sandra Bernhard hosted this year’s Billboard Touring Awards, which is known for recognizing outstanding achievement in the music industry. Billboard’s Touring Conference invites elite industry players, concert executives, up-and-coming entrepreneurs and influential decision makers to focus on ways to build careers, sell more tickets, create partnerships and how to stay ahead of the curve in the most vital sector of the music business.

“The touring industry has continued its rebound in 2012, and the biggest reason is because hugely popular artists have been on tour,” says Ray Waddell, Executive Director of Content and Programming, Touring and Live Entertainment, for Billboard. “With their strong connection with the concert-going public, Eventful is uniquely qualified to gauge fan demand and determine the winner of the 2012 Fans’ Choice Award.”

“It’s an honor to work with Billboard for the fifth year in a row and recognize Lady Gaga as the leading touring act for the “Eventful 2012 Fans’ Choice Award,” said Jordan Glazier, CEO of Eventful. “We love helping fans discover, enjoy and influence the world of entertainment and music, and our partnership with Billboard gives fans the venue to share their opinion and decide who will win the best concert tour of 2012.”

Eventful, Inc. is the leading digital media company connecting consumers with live entertainment, movies and local events. Over 20 million people use Eventful to find out what’s happening and decide what to do. Eventful partners with leading brands and entertainment properties to reach consumers and drive commerce through a unique and targeted blend of digital, social media and direct marketing. Eventful’s unique social media service “Demand it!®” empowers consumers to influence the content and location of entertainment and live events. Learn more, visit Eventful.

Billboard is the world's most influential music brand reaching key executives and tastemakers in and around the music business through Billboard magazine, Billboard.biz, Billboard conferences, Billboard Bulletin, and other targeted newsletters; and millions of music fans through Billboard.com consumer events and awards shows, the mobile chart app, and social media extensions. The Billboard brand is built on its over 200 exclusive charts - the measure of success of in music - that are constantly updated to reflect the changing music landscape. Billboard charts and content are consumed and referenced by millions of people in more than 100 countries through a content syndication deal with global news network, The Associated Press nd strategic relationships with other major companies around the world. In addition to North America, Billboard operates businesses in Brazil, Greece, Japan, Korea and Russia

Billboard is owned by Prometheus Global Media, a diversified company with leading assets in the media and entertainment arenas, including: Music (Billboard and its related conferences, events and awards shows such as The Billboard Music Awards on ABC, and The Billboard Latin Music Awards on Telemundo), Entertainment (The Hollywood Reporter, Backstage, ShowEast, Cineasia, and CineEurope); and Advertising & Marketing (Adweek, Adweek Conferences and The CLIO Awards).

Eventful drives the ecosystem of events, entertainment and movies. Over 20 million people relay on Eventful to find out what to do. 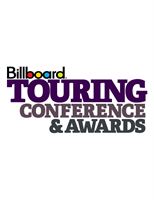 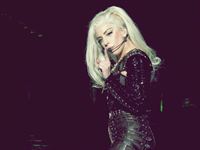