ExpreS2ion Biotechnologies ApS is a fully owned Danish subsidiary of ExpreS2ion Biotech Holding AB with company register number 559033-3729. ExpreS2ion has developed a unique technology platform, ExpreS2, for fast and efficient non-clinical development and production of complex proteins for new vaccines and diagnostics. ExpreS2 is regulatorily validated for clinical supply. The platform includes functionally modified glycosylation variants for enhanced immunogenicity and pharmacokinetics. Since 2010, the Company has produced more than 300 proteins and 40 virus-like particles (VLPs) in collaboration with leading research institutions and companies. Since 2017, ExpreS2ion develops novel VLP based vaccines through its joint venture AdaptVac ApS. For additional information, please visit www.expres2ionbio.com and www.adaptvac.com.

ExpreS2ion Biotech Holding AB’s fully owned subsidiary ExpreS2ion Biotechnologies ApS (“ExpreS2ion”) announces that it has amended its Research & Commercial License Agreement with U.S.-based partner and licensee Integrated BioTherapeutics (“IBT”) to include own ExpreS2-based products, initially a number of Zika virus antigens.“We are thrilled that our own products are now made commercially available through IBT, starting with our Zika virus antigens. This is in line with our expanded core platform strategy, which includes development and production of our own recombinant proteins, in

ExpreS2ion Biotech Holding AB and its affiliate ExpreS2ion Biotechnologies ApS (“ExpreS2ion") announce that the Company will hold presentations at an annual meeting hosted by the World Biopharm Forum in Oxford, UK, June 20-22 and at the Vaccine Technology VII Meeting in Mont Tremblant, Quebec, Canada, June 17-22.“These events will let us present ExpreS2ion’s globally acknowledged platform for developing and producing vaccines that can be used for both infectious diseases and novel cancer treatments. As we are at the forefront in developing promising vaccines for large patient groups, there

Hørsholm, Denmark, July 17, 2017 – Today, ExpreS2ion Biotech Holding AB announces that the fully owned subsidiary ExpreS2ion Biotechnologies ApS (“ExpreS2ion”) has entered a Master Services Agreement and a Research & Commercial License Agreement with the US based Integrated BioTherapeutics, Inc. (“IBT”). The agreements enable standardised activation of a range of services and products from ExpreS2ion. This primarily targets the development and manufacturing of proteins based on the ExpreS2 platform, as well as granting IBT commercial rights to promote, sell and distribute such protein

ExpreS2ion announces the initial approval of a Eurostars grant application, OptiFemVac, with main focus on the development of a Zika vaccine

Horsholm, Denmark, January 23, 2017 – Today, ExpreS2ion Biotechnologies ApS (“ExpreS2ion”), a fully owned subsidiary of ExpreS2ion Biotech Holding AB, announces that a Eurostars grant application made in a consortium together with Abera Bioscience AB and The University of Copenhagen has been preliminary approved under the project name ‘OptiFemVac’. The overall project budget covers a period of 36 months and amounts to EUR 1.6M. The grant award is approx. EUR 750,000 of which ExpreS2ion can expect to receive in the order of EUR 300,000. The final issue of the grant is linked to the approval of 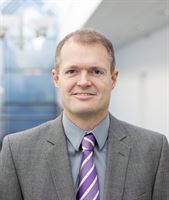