The Felix Schoeller Photo Award 2017: Matt Hulse is the winner of the Gold Award.

In all, five category winners, the best emerging photographer in 2017 and the winner of the Audience Prize were honoured in the course of the prizegiving event.

The presentation of the prizes of this year’s Felix Schoeller Photo Award took place on 14 October in the Museum of Cultural History in Osnabrück. Amongst the audience of around 80 invited guests were all five category winners, the winner of the Emerging Photographer Award and the winner of the Audience Prize. Ten finalists of this year’s competition were also present at the event. The photographers represented a total of 11 nations from around the world. The honours were bestowed on the winners by Dr. Bernhard Klofat, CEO of the Felix Schoeller Group, and Michael Dannenmann, the chairman of the jury of five experts. They were assisted by Simon Plate from Olympus, the sponsor of the Emerging Photographer Award, and Marc Hartog, CEO of the British Journal of Photography, which had called for votes to determine the winner of the Audience Prize.

The winners in the individual categories were Rodrigo Illescas (Portrait), Saskia Boelsums (Landscape/Nature), Mario Brand (Architecture/Industry), Alain Schroeder (Photojournalism/Editorial) and Matt Hulse (Free Choice/Conceptional Photography). Each of these happy winners received a cash prize to the value of 2,000 euros. Sponsored by Olympus, the 5,000-euro prize for the best emerging photographer went to the jury’s choice, Syrian photographer Hosam Katan; the prize was presented by Simon Plate. Thanks to the support and the staging of an online poll by the competition’s international media partner, the British Journal of Photography, the newly established Audience Prize went to Brazilian photographer Guilherme Bergamini for his entry titled ‘Education for all’. 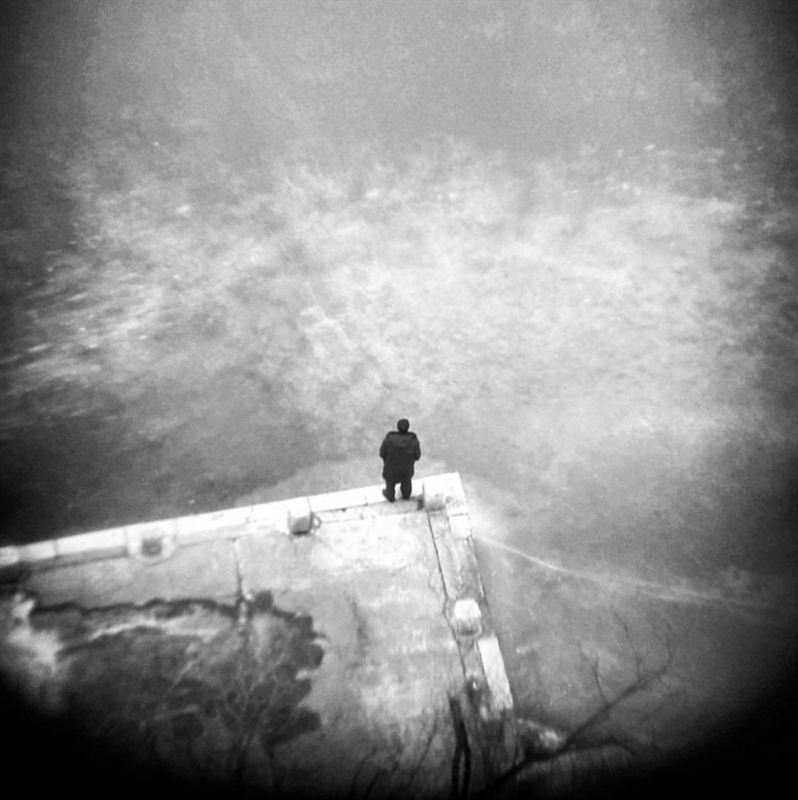 As the highlight of the event, photographer Matt Hulse was invited to take the stage for a second time. He was presented with the Felix Schoeller Photo Award in Gold and an additional cash prize of 10,000 euros for his extraordinary project titled ‘Sniper’.

In his opening speech, Dr. Bernhard Klofat, CEO of the Felix Schoeller Group, expressed his pleasure at the enormous number of entries, the high proportion of international professional photographers and the high quality of the entries to this year’s competition. As he emphasised in his speech, 2377 entries from participants in 92 different countries are very significant figures. He reaffirmed the engagement of the company with regard to the award and his commitment to the City of Osnabrück as the birthplace of the Felix Schoeller Group.

Lord Mayor Wolfgang Griesert welcomed the guests on behalf of the city. The Felix Schoeller Photo Award enriches the cultural landscape of the city of Osnabrück and plays an important role in sharpening the profile of the city as a cultural centre. He expressed his appreciation of the professionalism of the jury and the outstanding photographs by the entrants, which demand intense personal involvement with the topics they cover from those who view them.

Simon Plate from OLYMPUS Europe expressed how impressed he was with the enormous creativity of the up-and-coming talents and the intense emotional power of their entries. Marc Hartog, CEO of the British Journal of Photography, described how the Audience Prize evolved from an idea that was first discussed in the course of a brainstorming session in connection with media activities for the Photo Award. More than 3,000 from a total of more than 15,700 votes were registered for the winning entry by Guilherme Bergamini.

After the official opening of the exhibition on 15 October 2017, the 150 photographs by the category winners and the winner of the Emerging Photographer Award can be seen in the Museum of Cultural History/Museum Quarter in Osnabrück until 25 February 2018. Amongst these are exhibits in formats up to 120 x 100 cm, printed of premium quality digital printing papers by Felix Schoeller and produced in close collaboration between the Felix Schoeller Group and the long-established French manufacturer Canson.

At this year’s Felix Schoeller Photo Awards, Matt Hulse’s entry titled ‘Sniper’ impressed the jury not only in the category Freestyle / Conceptional Photography. The British filmmaker, photographer and author who lives in Beijing was also chosen as the overall winner and received the prestigious Gold award for his work. His concept is extremely simple, and can be explained in a few words: ‘In Asia, I photographed people from the roofs of high buildings. I used a cheap mobile phone and a telescope lens I picked up for nine US dollars. Because of the unnerving, threatening feeling and the black humour of the situation when shooting these photos, I picked the title ‘SNIPER’ for them.“ And adds a comforting closing statement: ‘Of course, no one got hurt in the process’. Hulse has been experimenting and exploring various aspects of the genres photography and film since the end of the 1990s. Many of his works have been nominated or have won awards at international festivals.

Michael Dannenmann describes the work of the jury and why they chose Matt Hulse’s ‘Sniper’ for the Gold Award as follows: ‘At the Felix Schoeller Photo Award, the jury knows nothing about the photographers or where they come from. All decisions and judgements are made entirely on the basis of the works and the written concepts we have in front of us. The Gold Award Winner is chosen from the five category winners. At the end of the jury sessions, we had worked through and judged more than 2,300 entries and ended up with only five of them before us. We spent a long time discussing all the pros and cons. Ultimately, our decision was unanimous and final – Matt Hulse – because his work was significantly different from the rest. With his work, Matt Hulse provides clear proof that artistic quality must not necessarily be inextricably linked to the technical medium. His visually threatening images remind are not only reminiscent of scenes from a thriller, the remind us even more of the pictures that manifest themselves in our minds. In his own unique way, Matt Hulse pinpoints the extreme vulnerability of globalised society as if seen through the eyes of a sniper - one of today’s hot topics.

‘It is noticeable that the overall quality of the work submitted by newcomers to the profession is very close to that of the established professionals. This applies especially to the work of Hosam Katan’, is how Michael Dannenmann sums up the impressions gathered by the members of the jury, who voted unanimously for Katan’s winning project ‘Living with War’. ‘The photographer documents the lives of residents of Aleppo during the Syrian civil war. By no means an impartial observer, Hosam Katan reveals entirely new perspectives – seen through the eyes of an insider. He approaches his subjects with respect and shows their dignity, and even moments of humour, as they live their lives as both victims and heroes in the ruins of their city.’

Born in Aleppo, Syria, in 1994, Hosam Katan has documented developments in the Syrian revolution since the age of 17. He worked as a freelance photographer for Reuters and ‘stern’. Katan was wounded by a sniper, survived his injuries, and was able to flee from Syria. Today, he lives in the city of Hannover, Germany. Hosam Katan has already won awards and prizes in international competitions and his work has been shown in various exhibitions in Europe and the USA.

Information about the winners, the nominees and the jury of this year’s competition can be found at www.felix-schoeller-photoaward.com. 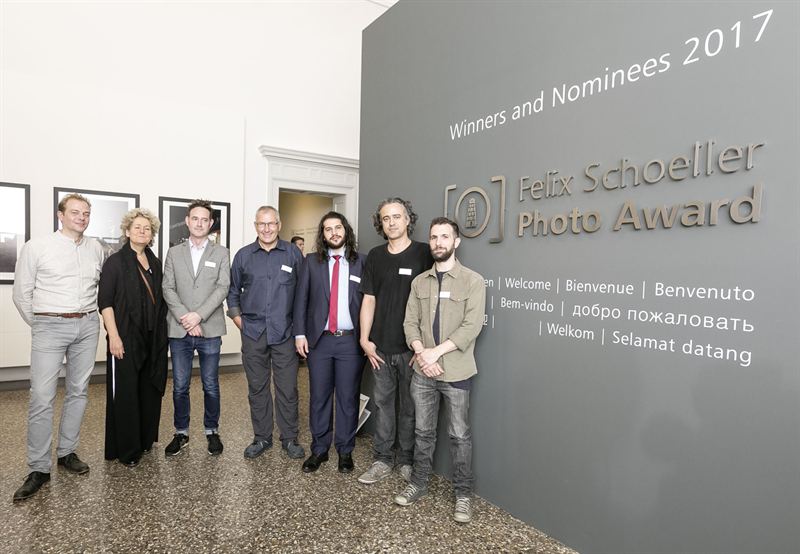 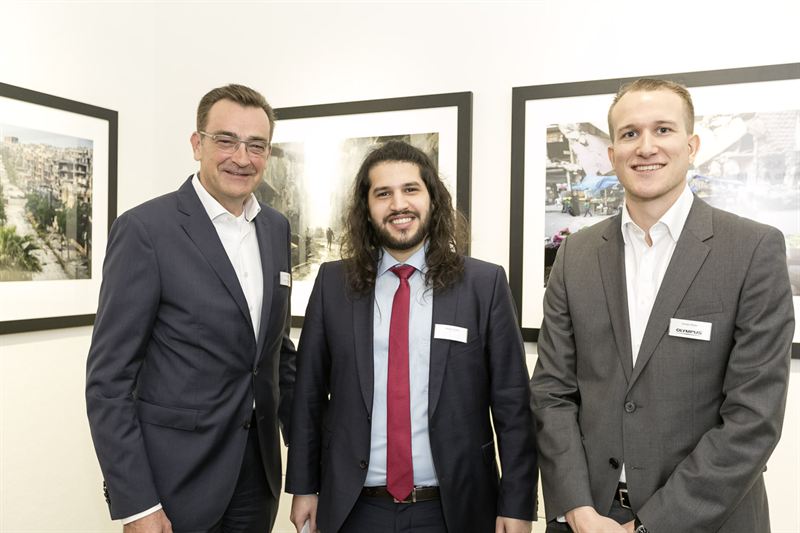 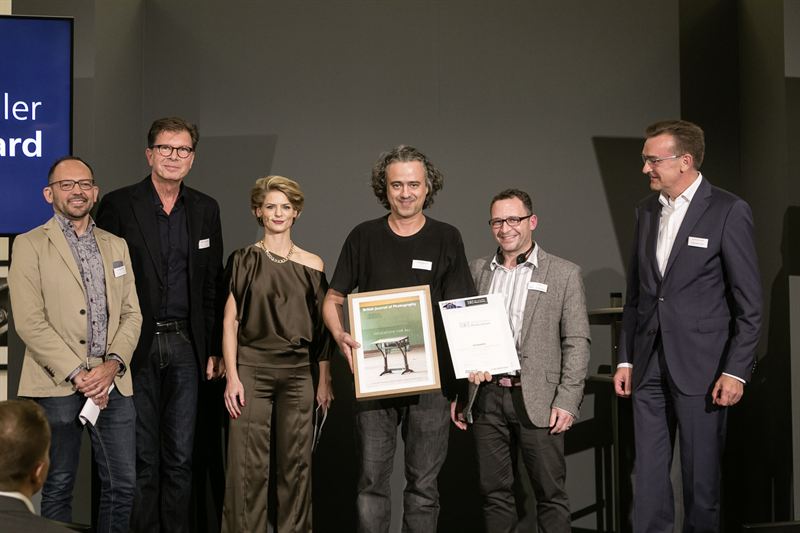 The newly established Audience Prize, supported by the British Journal of Photography, went to Brazilian photographer Guilherme Bergamini (third from the right). 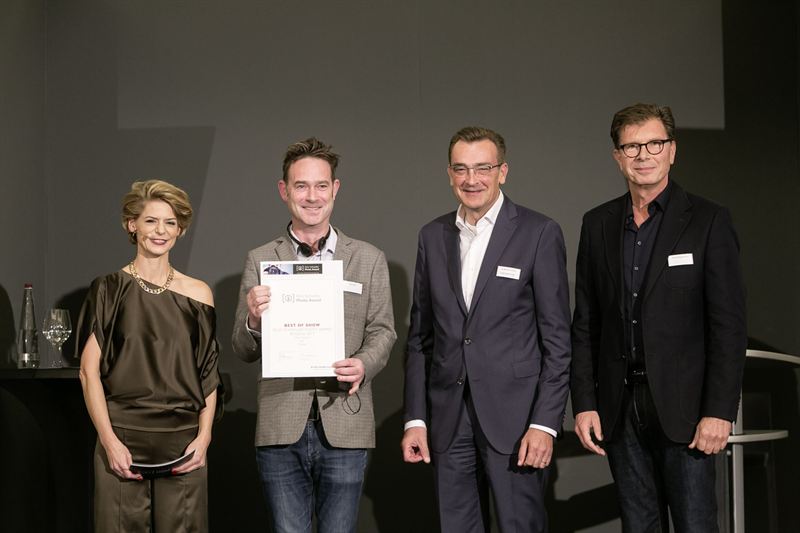 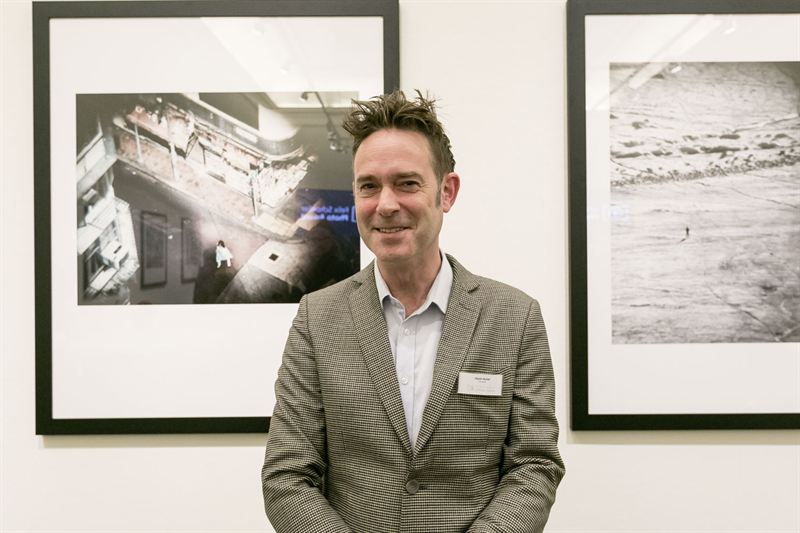 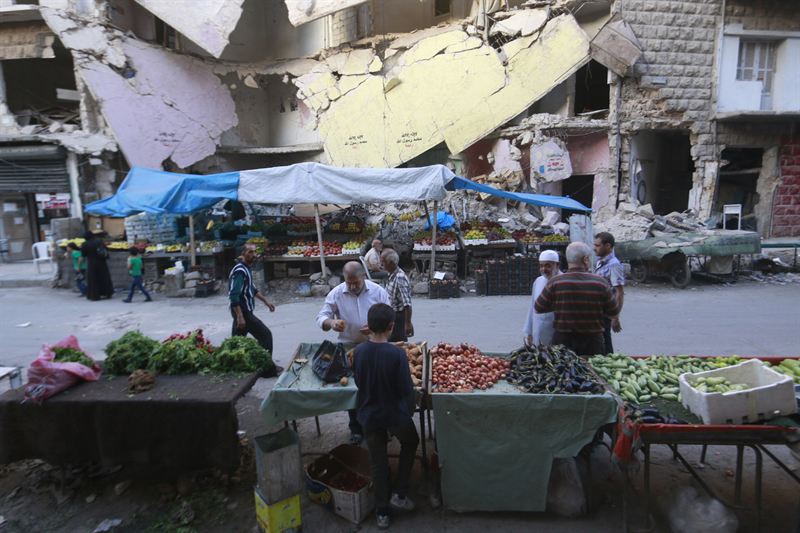 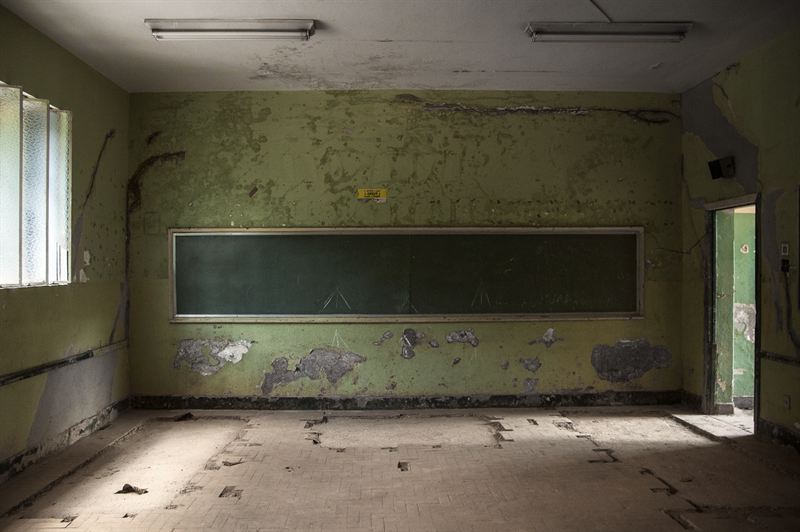 About the Felix Schoeller Group:

Founded in 1895, the Felix Schoeller Group is a family business with worldwide operations producing specialty papers. With around 2,320 employees, the renowned Osnabrück-based company produced and marketed almost 312,000 tonnes of specialty papers in 2016 and posted a total turnover of appr. 710 million euros. The Felix Schoeller Group develops, produces and markets specialty papers for photographic applications, digital printing systems, the packaging market, self-adhesive applications and for the furniture, wood-based products and wallpaper industry.

In addition to its Osnabrück main site and headquarters, the Felix Schoeller Group has four other production facilities in Germany – in Weissenborn and Penig in Saxony, in Titisee-Neustadt (Baden-Württemberg) and in Günzach (Bavaria). It also has production facilities in the USA and Canada and is involved in a joint venture in the Russian Federation. It has nine representative offices , i.e. in Los Angeles, Sao Paulo, Tokyo, Shanghai, Mumbai, Melbourne, Kuala Lumpur, Moscow and Prague.

As the world’s leading manufacturer of optical and digital precision technology, Olympus develops and markets innovative medical technology, digital cameras and solutions for science and industry. Its award-winning products are essential to the diagnosis, prevention and healing of diseases, support research and development and capture the diversity of life with all its different facets. In the hands of Olympus’s customers, the company’s high-tech products make people’s lives healthier, safer, and more fulfilling.www.olympus.de 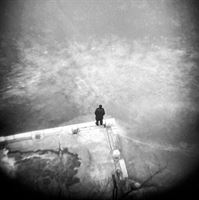