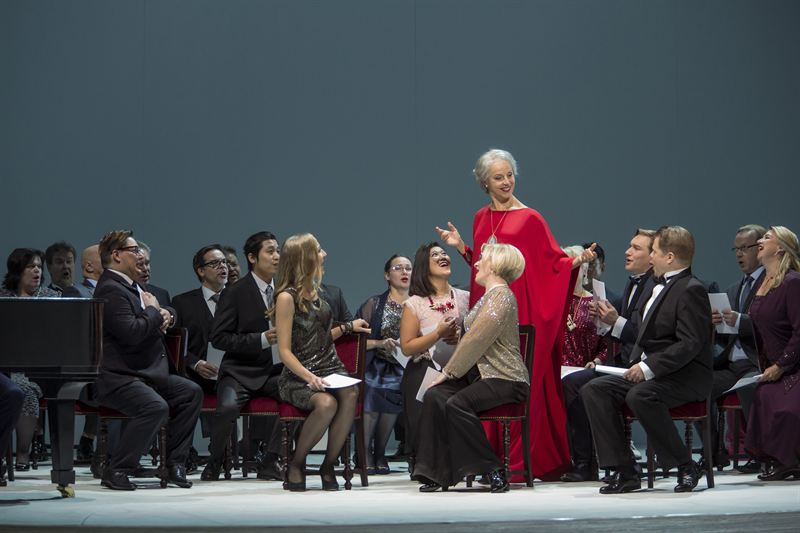 Sebastian Fagerlund’s opera Höstsonaten – Autumn Sonata, lauded by both critics and the audience, will be streamed online by the Finnish Broadcasting Company Yle, The Opera Platform and Stage24, the virtual stage of the Finnish National Opera and Ballet, on Saturday the 23rd of September, 2017.

Höstsonaten – Autumn Sonata composed by Sebastian Fagerlund had its world premiere at the Finnish National Opera on the 8th of September 2017. The opera brings together a story by cinema legend Ingmar Bergman, the music of Sebastian Fagerlund and the voice of one of today’s most highly-esteemed mezzo-sopranos, Anne Sofie von Otter.

Following the world premiere, Autumn Sonata has been acclaimed by critics around the world. Financial Times, for example, gave the opera five stars, praising it as a brilliant reconception of the film for the operatic stage – in terms of direction, music and drama alike. The national press in Finland has described Autumn Sonata as a significant new event in Finnish opera. The leading Swedish newspaper Svenska Dagbladet called Fagerlund an opera composer whose skills are already polished, despite Autumn Sonata only being his second opera. The critic from Dagens Nyheter, Sweden’s largest morning newspaper, wrote that “a contemporary opera has rarely cut so deep into the soul.”

The live streaming of Autumn Sonata is part of the Finnish National Opera and Ballet’s continuing cooperation with Yle. A new broad and long-term contract of media rights to cover televising, radio broadcasting and live and online streaming of opera and ballet performances another four years was signed on the 20th of September. In line with the strategy of the Finnish National Opera and Ballet, its performances will be freely available for virtual audiences everywhere in Finland. The contract will be in force from 2018 to 2021.

Live broadcasts and recordings form an essential part of the online service of the Finnish National Opera and Ballet, which aims to reach an ever-broadening audience independently of performance schedules and geographical constraints. All the live broadcasts and videos are available to watch free of charge at Stage24, the virtual stage of the oopperabaletti.fi online service. As well as Yle, live streamings are carried out in partnership with HSTV, the online service of Helsingin Sanomat, Finland’s largest newspaper. The Finnish National Opera and Ballet is also a member of the Opera Platform, a partnership between European opera companies and the cultural broadcasting company ARTE to showcase opera online.

A new contract of media rights for FNOB artists, too

The Finnish National Opera and Ballet and the Finnish Musicians Union also signed a new four-year contract of media rights on September the 5th, 2017. The contract applies to monthly paid soloists, orchestra musicians, chorus members and dancers. It also applies to production related orchestra musicians and chorus singers. The new contract will be valid from 2018 to 2021.

The contract will give the Finnish National Opera and Ballet extensive rights over the copyrighted performances of the artists in its employment for a yearly compensation. The contract plays a part in enabling the televising, radio broadcasting and live streaming of opera and ballet performances, as well as recordings and DVD and CD reproductions with digital rights.

Live broadcast on Saturday the 23rd of September from 18:55 on the FNOB’s Stage 24 virtual stage, Yle Areena and The Opera Platform.