FlexQube Inc. has also been awarded with an initial order from a major automotive company in Tennessee that is worth about $60 000 but is expected to be followed by more orders next year as the plant will continue to improve their material flow with the modular and flexible concept delivered by FlexQube. FlexQube will in this initial order deliver flat deck tugger carts that are manufactured in Swainsboro, Georgia where the manufacturing and distribution center for FlexQube Inc. is located.

Order intake for FlexQube in North America (including Mexico) is for the past three months up more than 200% year over year.

Anders Fogelberg, CEO at FlexQube, comments: “We are happy to see that we can continue to add prominent customers in United States and elsewhere as a result of our overall company strategy to target major corporations that traditionally used material handling carts and racks that has been welded together. These companies see a growing need for an agile material handling concept like the one FlexQube can offer. The future proof solutions we can design and deliver using the modularity in our concept is unique when it comes to more robust industrial cart applications. The second half of 2016 has been very strong for us in North America (including Mexico) and we will continue to promote our concept across the continent. In April we will for the second time be present with our own booth at the biggest material handling trade show in North America, ProMAT in Chicago. 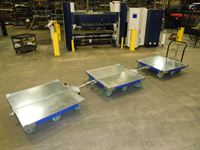 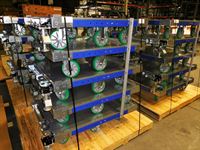