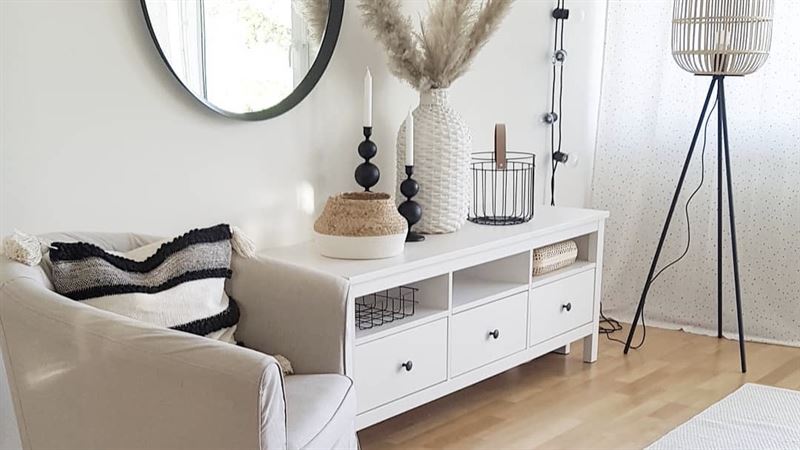 Unbeknownst to probably no one, the Swedish company IKEA is the world’s largest and leading furniture retailer. Their Swiss branch, IKEA Switzerland, has been using Flowbox to work with user generated content (UGC) for 2 years now and is seeing such great results that Switzerland has been named one of IKEA’s best practice countries for UGC!

There are nine IKEA stores in Switzerland, all of which each have their own social media store account as well as their own pages on IKEA.ch, where some have integrated their own Flowbox Flows. There are several co-workers involved with access to Flowbox, but according to Ines Bolter, Online Content Specialist at IKEA Switzerland, it’s never a problem.

“Sometimes mistakes happen where the wrong picture accidentally gets tagged, but we are very good at communicating effectively so it gets solved quickly and it’s no problem,” says Ines.

Martin Hepp, Online Content Team Leader at IKEA Switzerland, adds, “That’s the IKEA culture – it’s hands on and everyone gets involved, no matter their job title. It’s a very integrated approach.” Ines jokingly adds, “We’re just always hoping that nobody deletes something!” But even if they do – Flowbox can always recover it.

As far as everyday use of the platform goes, Ines, being the main user, used to spend approximately 5-6 hours per week working in Flowbox, but since they upgraded to the Moderation package, she now only spends about 2-3 hours in the platform per week. All user generated content collected and moderated via Flowbox is now prominently displayed across IKEA.ch (on their homepage, inspiration page, product pages and room pages), enriching the customer experience.

Challenge
IKEA Switzerland wanted to start to incorporate UGC and content from their social media channels, but according to the team, Swiss people generally aren’t, or at least haven’t been, too keen on home furnishing, preferring to spend their money elsewhere. The Swiss also value their personal privacy, resulting in less social media posts in comparison to other markets. These aspects aren’t exactly an ideal foundation for working with user generated content, but IKEA Switzerland knew that if they could get started with UGC, they could start to change some minds and get people excited about being a part of the community.

There was never a lack of images from IKEA’s side; they own one of the largest photo studios in the world, so content is not a problem. However, IKEA Switzerland realized the importance of showing their customers a more natural, authentic side of their products, rather than just perfectly lit and staged studio shots.

“A lot of people look at IKEA advertisements and think ‘my home doesn’t look like that’ and ‘I can’t do that in my home’, and I am convinced that UGC can show them how easy it is. If other people can do it, so can you,” says Ines.

Solution
After looking at multiple different solutions and companies, Flowbox was crowned the winner in IKEA Switzerland’s eyes, in large part thanks to the simplicity of the platform.

“Flowbox is very easy to use, and it’s straightforward. You don’t have to check it all the time since it’s automatic, and that’s pretty cool compared to other tools that I’ve seen that are more complicated.” says Vanessa Jenni, Online Content Specialist at IKEA Switzerland.

“The best part about using Flowbox is that it’s easy to take user generated content and directly mirror it on IKEA.ch. We have the opportunity to show social media content to people that might not use Instagram, and that’s also a huge advantage,” says Ines.

As trailblazers of UGC within Global IKEA, IKEA Switzerland has made a huge impact and inspired a large audience. Not only have they inspired other IKEA branches to start working with UGC, but they have also seen great statistics. During a one-year period (April 2020-April 2021), IKEA Switzerland saw a 30% increase in average online order value, and their community has become much more involved than before – they have also seen a 8.6% increase in engagement rate.

“In a world where many want to improve their homes and make them a more beautiful place to live in, a lot of people struggle to do so. I think that UGC is a great way to showcase that real lives do look that way, and can look that way, which works as a great source of inspiration to many Swiss people,” says Martin.

IKEA Switzerland is an inspiration, not only to the rest of Global IKEA, but to any brand looking to utilize UGC and showcase their products through their customers.

Want as great results as IKEA? Get started with Flowbox today!