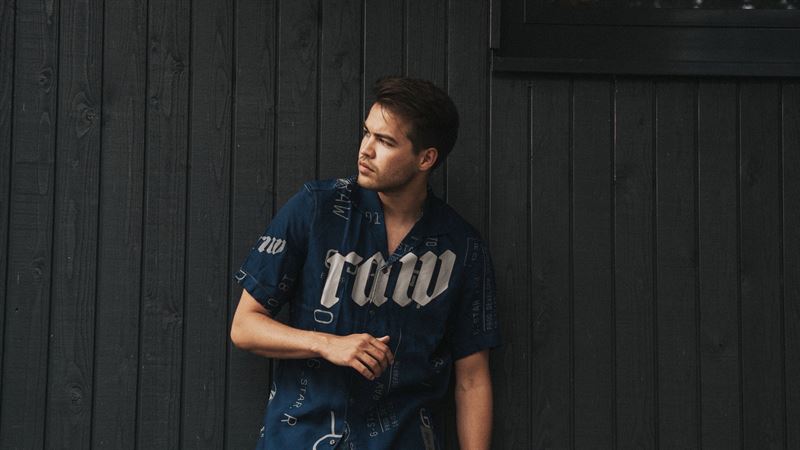 G-Star RAW tested a combination of user generated content (UGC) and image templates in their dynamic product ads (DPA), as opposed to the standard white background product images that they had previously used, and saw greatly improved results. With an increase of 18% in conversion rate, 16% in ROAS, and 14% in CTR, the fashion giant decided to expand beyond the initial testing into further implementation across their campaigns.

G-Star is constantly innovating and finding new ways to stay on top of a competitive market. In early 2021, partners Flowbox and Smartly.io saw the potential in collaborating and started working on a campaign to help G-Star feature authentic content from real users and brand ambassadors in dynamic product ads on social media.

Challenge
Like many other ecommerce businesses, G-Star used standard white background product images for their dynamic product ads. Realizing the increasing importance and relevance of influencer content, they felt the need to try something new.

When creating a typical dynamic product ad for social media, marketers are often restricted by the availability or technical limitations of using non-product images. So, in order to include photos that aren’t the standard white background kind, UGC needs to be imported as product images, which can be quite difficult without a service such as Flowbox.

In addition to their general curiosity and eagerness to test new marketing concepts, G-Star also wanted to improve the quality and reach of their ads in markets where G-Star isn’t as well known.

“In The Netherlands and Germany, we have a lot of brand campaigns and G-Star is very well known, but in other countries like the UK and France, that bottom funnel DPA layer is the only thing we promote, which means that it’s often the first touch point that people have with G-Star. It’s really nice to showcase real people wearing our clothes and not just product shots, and we can see that it has a big impact on CTR,” says Bert Van Eetvelde, Paid Social Specialist at G-Star RAW.

According to Smartly.io, many of their clients are heavily focusing on paid social ads right now, sometimes as much as 80% of a marketing budget goes to DPA. However, a certain insecurity still lingers in regard to UGC in DPA – as it’s still quite new, people can be hesitant to try it out.

“Oftentimes, clients are scared to test UGC in DPA because they don’t know if it will work, but if we can show them that it works, like with this case study, we can prove that there’s no risk to test it. It’s super easy to integrate too, so there’s absolutely no reason not to test it,” says Valentin Faulcon, Client Partner at Smartly.io.

Solution
When Flowbox and Smartly.io approached G-Star about joining forces to revamp their social media advertising, it was no surprise that they jumped at the opportunity. With Flowbox and Smartly.io’s combined technologies, G-Star launched a two-month long DPA campaign featuring UGC and branded visuals to a specific target audience in their German market.

Here’s how it worked: Flowbox helped G-Star automatically source and curate content from followers on social media, which was then readily available to be used for multiple marketing purposes. In this case, moderated content from Flowbox was exported as a XML product feed which G-Star then imports into Smartly.io’s advertising platform. From there, Smartly.io’s image templates were used to automatically add branding elements to the UGC sources provided by Flowbox, resulting in a full catalog of authentic and on-brand content.

Results
When customers convert through the Flowbox catalog, they spend more within the campaign itself, and with Smartly.io’s image templates applied on the UGC, the campaign’s on-brand look and feel conformed to G-Star’s brand guidelines. These combined efforts ultimately helped G-Star gain more revenue and transactions at a lower cost, which translated to an overall higher order value.

“Sizing and return rates are connected. UGC and actual people wearing our clothes often helps our customers better understand the fits of our products, how they look on real people’s bodies, and that can help people make better purchases and lower return rates, which leads to better conversion rates. We expected to see higher CTR, but we didn’t expect to see such an increase in overall performance on even conversion rate and ROAS,” says Bert Van Eetvelde.

Since partnering with Flowbox and Smartly.io, G-Star has reported amazing results, seeing a 14-18% increase in metrics like CTR, ROAS and conversion rate. Because of this, G-Star decided to expand the initiative to the Dutch market (their home base) as well.

“We are big fans of this because we can show, with data, that it works. We have the proof: it has an impact on sales and revenue. If it works in the Netherlands, which I definitely think it will, we would like to roll it out to other markets as well, to attract more customers,” says Bert Van Eetvelde. Merle Springer, Paid Social Specialist at G-Star RAW adds, “The Dutch and German markets are different, of course, but in terms of this test, the results will probably be similar.”

According to Smartly.io, G-Star uses many of their best practices and hopes that their other clients will follow in G-Star’s footsteps and use UGC in their dynamic product ads, too.

Want as great results as G-Star RAW? Click here to get in touch with Flowbox and here for our partner Smartly.io.