Munich-Osaka nonstop from the start of the summer timetable period 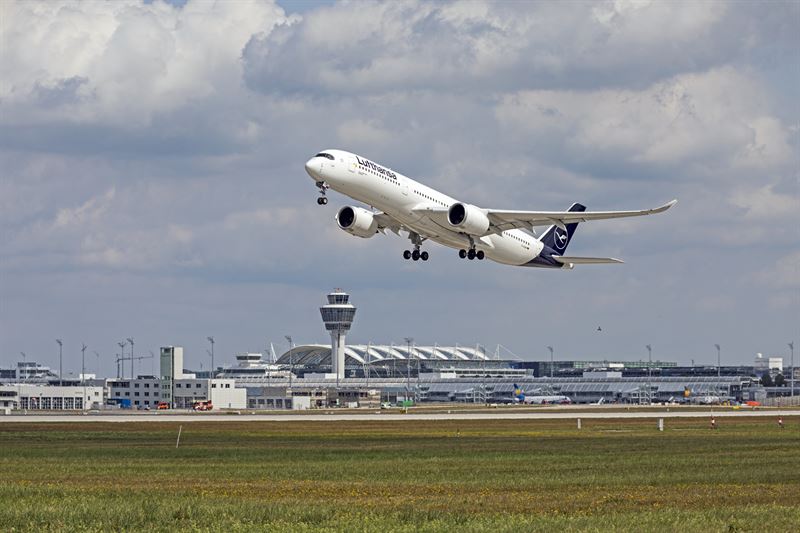 In time for the start of the summer timetable season, Lufthansa launched a new service from Munich to Osaka on March 31, 2019. The German carrier has decided to extend this route from Frankfurt to Munich. Along with the established flights operated by Lufthansa and All Nippon Airways to Tokyo, Munich Airport is now offering a second Japanese destination for the first time. With three daily connections, Munich Airport now ranks fifth in Europe in terms of flights to and from Japan.

From Europe, Japan's third-largest city can be reached non-stop only from Amsterdam, Helsinki, London-Heathrow, Paris Charles-de-Gaulle and now Munich. Japan is one of the most important destinations in Asia – as demonstrated by the rising passenger figures. In 2018 a total of 200,000 passengers travelled in each direction between Munich and Japan.

Asian routes are the main source of growth in intercontinental traffic in the summer of 2019. "We believe that Munich Airport will establish itself as a convenient hub for travel to Asia in the coming years and see strong potential for further growth in this market segment," says Oliver Dersch, Munich Airport's Vice President for Traffic Development.

Lufthansa is also adding a daily connection to Bangkok starting in June 2019, complementing the existing service operated by Thai Airways. Moreover, Lufthansa is bumping up the frequency of its flights to Seoul from 6/7 to 7/7. From June onward, Lufthansa will increase its service to Singapore from five flights a week to a daily connection. Passengers can now choose between two daily flights, either with Singapore Airlines or Lufthansa. In the summer of 2019, five airlines will depart 100 times per week to 10 destinations in seven countries in the Far East. This represents a 17 percent increase in the number of flights to that region over the previous year.

Data protection: To enable us to provide you with the latest news on Munich Airport, we have saved your contact details in our media database. This information will be used exclusively for our media relations activities and will not be shared. For further details, see our Privacy Statement.