Number of passengers up 6 percent to a new all-time high of 34.1 million 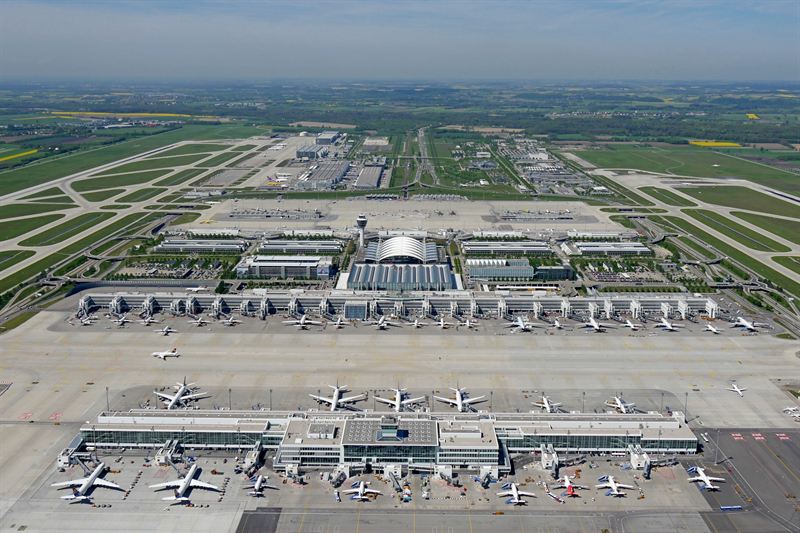 Munich Airport is en route to yet another record-breaking performance. The third-quarter traffic figures include several new all-time highs: With approximately 4.4 million passengers, September 2017 was the busiest month in the history of Munich Airport. Moreover, the 164,000 travellers counted on Friday, September 29 represent a new all-time high for a single day. Overall passenger traffic in the first three quarters of the year was up 6 percent year-on-year – a gain of around 2 million passengers – to a new record of 34.1 million.

The number of take-offs and landings increased 3.2 percent to approximately 307,000. Freight turnover was also up by about 10 percent to 270,000 tons. Based on the traffic statistics available from other German airports, Munich Airport achieved above-average growth in passengers, aircraft movements and cargo. The average load factor rose by 1.6 percentage points to a record level of 77 percent.

The growth in passenger traffic at Munich Airport was buoyed especially by strong gains in international traffic. On European routes alone, 21.1 million travellers took advantage of the extensive range of destinations available in Munich. That represents a 6.8 percent increase over the previous year. Spain remains the most popular country (3 million passengers) ahead of Italy (2.5 million). Strong increases were seen in the numbers of travellers flying to and from Greece (+14%), Portugal (+15%) and the Russian Federation (+16%).

Intercontinental routes served from Munich posted a somewhat stronger growth rate than traffic within Europe. In this traffic segment, 5.5 million passengers were counted in the first nine months of the year – 7.5 percent more than in the same period in 2016. North American traffic actually saw double-digit growth. Among routes to the Far East, Singapore has experienced a boom year (+62%). The routes to the Indian metropolises of Delhi and Mumbai have also been extremely successful (+20%). Traffic on domestic routes increased by 3.6 percent to about 7.4 million.