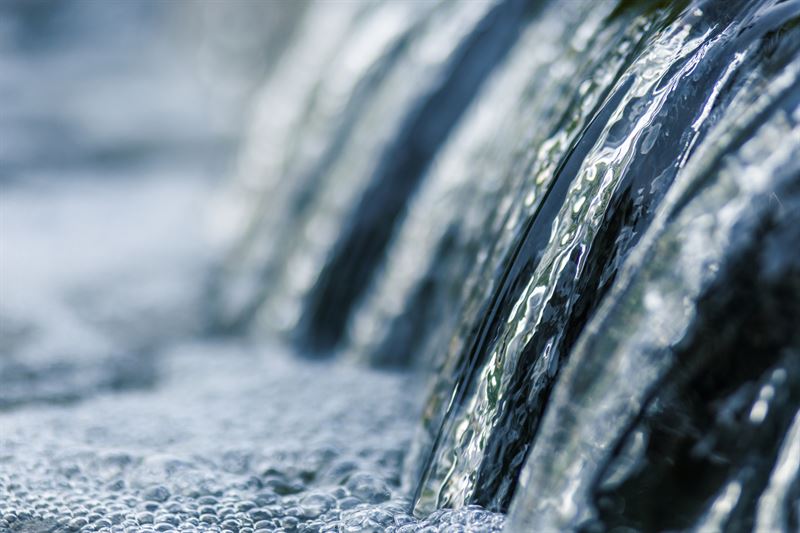 Fortum and Uniper have jointly finalised the first planning phase in the three strategic cooperation areas of Nordic hydro and physical trading optimisation, wind and solar development, and hydrogen. Under the proposed plans, Fortum would lead the operations of both companies’ Nordic hydro assets in the future. Uniper, meanwhile, would take the lead in the development of both companies’ wind and solar as well as hydrogen business.

In December 2020, Fortum and Uniper announced three joint cooperation areas to ensure the focused and effective implementation of the Group strategy. The overall aim is to create more value for Fortum and Uniper in Nordic hydro and physical trading optimisation and to better exploit growth opportunities in the areas of wind and solar, as well as hydrogen. Based on the “One Team” approach, one of the companies will take the lead in each of these business areas.

The cooperation teams have jointly developed the preliminary plans for the operating models, which will be further elaborated and conclusively assessed in the next phase. The implementation of the intended strategic cooperation in the three areas is subject to final approval by Fortum’s and Uniper’s governing bodies as well as consultation with the relevant employee representation bodies in both companies. Discussions with employee representatives have already been initiated.

In the area of Nordic hydro and physical trading optimisation, the proposed plan anticipates that Fortum would become operationally responsible for Uniper’s hydro asset management and operations in Sweden as well as its physical trading and optimisation activities in the Nordics. The proposal would primarily affect approximately 180 Swedish hydro employees at Uniper. No redundancies are expected, and all existing locations of Fortum and Uniper in the joint Nordic portfolio are planned to remain in operation. According to the proposed plans, the ownership of Uniper’s hydro assets would stay with Uniper. The new operating model is planned to be implemented at the beginning of 2022, subject to the required internal approvals.

By adopting best practices, tools and processes from both companies, the new combined Nordic hydro and physical trading team would be able to develop better digital solutions for daily operations management and improve safety performance. Fortum and Uniper believe that the new operating model would create more value for both companies than continuing to optimise the two portfolios separately.

The combined Nordic hydro and physical trading optimisation activities would be led by Simon-Erik Ollus, head of Fortum’s Generation division. These businesses employ around 400 people mainly in Sweden and Finland.

One Team: Wind and solar development

Fortum and Uniper plan to establish a joint organisation for European onshore wind and solar activities. The initial focus will be on the most attractive European markets, starting from existing core regions. As announced in December 2020, Fortum and Uniper plan to grow a sizeable portfolio of onshore wind and solar-based power generation, primarily in Europe. The target is to build 1.5-2 Gigawatt of new capacity by 2025.

The combined approach for European onshore wind and solar would establish a joint renewables development business under the leadership of Uniper. It would bundle the competences in solar and wind development, asset and operations management as well as expansion planning and commercialization to fully leverage the existing competences and different geographical footprints of both Uniper and Fortum. A special focus would be taken on project development to enable sizeable growth through a build-operate-transfer (BOT) business model and selective investments on balance sheet.

Fortum’s and Uniper’s combined wind and solar activities would be led by Uniper’s CEO Klaus-Dieter Maubach.

Uniper is an industry pioneer in the development of hydrogen capabilities. Uniper’s presence throughout the hydrogen value chain, combined with Fortum’s strong presence in the Nordic countries, gives both companies the opportunity to take a leading position in the future hydrogen market. According to the plan, the joint approach for the hydrogen business under the leadership of Uniper will include the complementary technical and commercial capabilities of both companies. The new operating model for hydrogen will facilitate the development of a joint project and deal pipeline.

Building on this first mover position, Fortum’s and Uniper’s combined hydrogen business would be led by Uniper’s COO David Bryson.

Creating cooperation benefits for both companies

In December 2020, Fortum and Uniper announced that they have together identified cooperation benefits with a positive cash impact of approximately EUR 100 million annually on a consolidated Group basis. More than EUR 50 million of these annual benefits are estimated to be achieved by the end of 2023, with full effect of ca. EUR 100 million annually in 2025. The estimated cooperation benefits for Fortum and Uniper cover a wide variety of business initiatives – “One Team” Nordic hydro and physical trading optimisation activities being one of the main sources of estimated long-term benefits. As a whole, the benefit realisation in identified cooperation areas has proceeded as planned during the first quarter 2021.

About Uniper
Uniper is an international energy company with around 12,000 employees in more than 40 countries. The company plans to make its power generation CO2-neutral in Europe by 2035. With about 35 GW of installed generation capacity, Uniper is among the largest global power generators. Its main activities include power generation in Europe and Russia as well as global energy trading, including a diversified gas portfolio that makes Uniper one of Europe’s leading gas companies. In 2020, Uniper had a gas turnover of more than 220 bcm. Uniper is also a reliable partner for municipalities, public utilities, and industrial companies for developing and implementing innovative, CO2-reducing solutions on their way to decarbonising their activities. As a pioneer in the field of hydrogen, Uniper is active worldwide along the entire value chain and is implementing projects to make hydrogen usable as a mainstay of energy supply. The company is headquartered in Düsseldorf and currently the third-largest listed German utility. Together with its main shareholder Fortum, Uniper is also the third-largest producer of CO2-free energy in Europe.

Fortum
Fortum is a European energy company with activities in more than 40 countries. We provide our customers with electricity, gas, heating and cooling as well as smart solutions to improve resource efficiency. Together with our subsidiary Uniper, we are the third largest producer of CO2-free electricity in Europe. Close to 20,000 professionals and a combined balance sheet of approximately EUR 60 billion, we have the scale, competence and resources to grow and to drive the energy transition forward. Fortum's share is listed on Nasdaq Helsinki and Uniper's share on the Frankfurt Stock Exchange. www.fortum.com