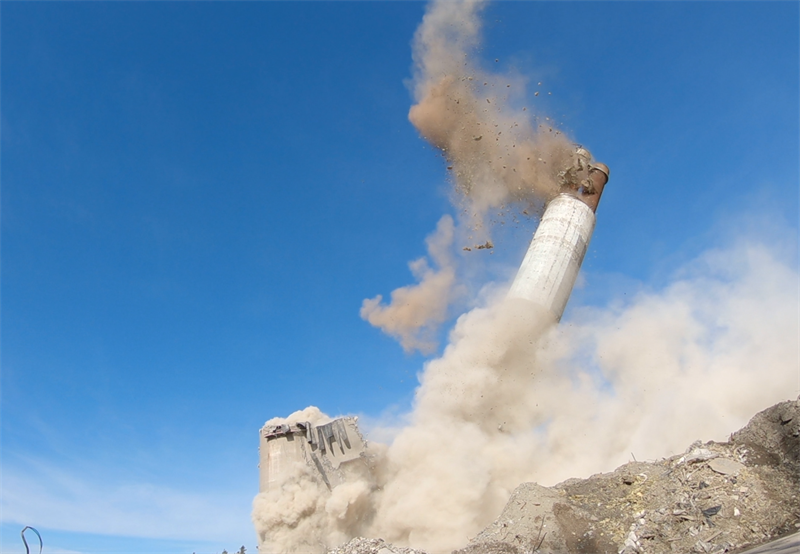 “We made the decision in 2016 to demolish the Inkoo coal-fired power plant, the biggest in the Nordic countries. It was the first large-scale decision in line with our strategy to totally phase out the use of coal in energy production. It’s great that the demolition work has now been concluded safely and with an excellent recycling rate,” says Pekka Lundmark, Fortum’s President and CEO.

The demolition of Inkoo’s large coal-fired power plant is an outstanding example of material recycling. Over 90 per cent of all the demolition material is likely to be recycled. The technological equipment has been recycled to Fortum’s own power plants or sold as spare parts to other power producers. There is a high market demand for scrap metal. The metal from Inkoo has been transported to various places in Finland for reuse. In spring 2018, a load of scrap metal was transported by ship from Inkoo to Turkey, where it was melted down and reused in the construction industry.

The concrete generated during the demolition work has been pulverised and cleaned. It will mainly be used to level the land in the power plant area and as filler material for the old ash basins.

The aim is to also “recycle” the old power plant area, located in Joddböle, Inkoo; it is an ideal site in Finland, and also globally, for a big data centre and the necessary support services. The area has a uniquely robust electricity network, the cooling infrastructure of the old power plant and a deep-water harbour. The location is within a one-hour drive to Helsinki and the Helsinki-Vantaa International Airport.

“We are working continuously to bring new industry to the area, which would bring new jobs to the old power plant region,” Pekka Lundmark says.

Video of the implosion: https://youtu.be/xJm4fkZN63Y

Fortum
Fortum is a leading clean-energy company that provides its customers with electricity, heating and cooling as well as smart solutions to improve resource efficiency. We want to engage our customers and society to join the change for a cleaner world. We employ some 8,000 professionals in the Nordic and Baltic countries, Russia, Poland and India. In 2019, our sales were EUR 5.4 billion and 59% of our electricity generation was CO2 free. Fortum's share is listed on Nasdaq Helsinki. www.fortum.com