A roof over your head – the face of the housing crisis

In a modern society, you'd be forgiven for thinking that a roof over your head is a human right, but in fact this isn't always the case in Sweden today. On behalf of Fotografiska, journalistic production company Civilian Act has produced the Fotografiska For Life exhibition A roof over your head – the face of the housing crisis.We get to meet people affected by this harmful development and to witness the negative repercussions for both individuals and the whole of society. The exhibition will be displayed on Fotografiska's façade, as well as in the ruins of Saint Catherine's church on the island of Gotland during Almedalen Week, a major annual political event in Sweden.

A roof over your head – the face of the housing crisis

19 June – 10 September at Fotografiska and 2 July - 5 July in the ruin S:ta Karin in Visby/Almedalen

The housing situation in Sweden is high on both political and private agendas. In a modern society, you'd be forgiven for thinking that a roof over your head is a human right, but this doesn't always hold true in modern-day Sweden. Our inability as a society to provide housing pits groups against each other, encourages criminality, creates lock-in effects for the elderly and delays adulthood for multiple generations.

Young adults can't leave home and people are forced to turn down job offers in certain cities because of the lack of housing. Children are particularly badly affected when subjected to constant worry and insecurity from an early age. It's a destructive trend, in terms of both economics and human suffering.

In collaboration with Civilian Act, a journalistic production company staffed by experienced photojournalists who use visual narratives to challenge worldviews, Fotografiska is showcasing A roof over your head – the face of the housing crisisto highlight afundamental social issue that concerns all of us.

Civilian Act spent two months documenting the different faces of the ongoing housing crisis afflicting Sweden. The team has visited the cities of Stockholm, Jönköping and Malmö, where they've met people whose lives have been marred by the housing crisis. The exhibition will be displayed on Fotografiska's façade 19 June – 10 September and in the ruins of Saint Catherine's church on Gotland during Almedalen Week 1–6 July.

"We want to use this Fotografiska For Life exhibition to spotlight an issue that has a profound impact on people's lives, a crisis that must be taken seriously since its consequences are so severe and sweeping. For both the concerned individuals and society as a whole. A roof over your head – the face of the housing crisiswill be exhibited on Fotografiska's façade, as well as on Gotland during Almedalen Week, to encourage debate. This is exactly what our Fotografiska For Life exhibitions are all about," says Johan Vikner, Exhibition Manager at Fotografiska. 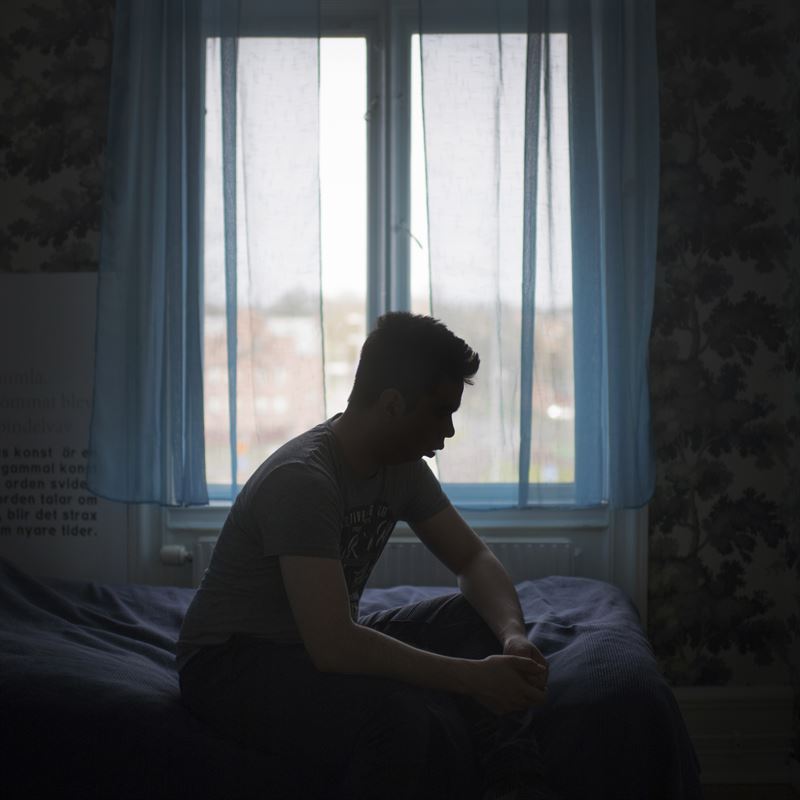 The exhibition is a cross section and snapshot of Sweden in 2018, reflecting the housing situation throughout the country. Some people have nowhere to go while others have been forced to accept extremely poor solutions, or simply can't make any progress on the so-called housing ladder.

The exhibition introduces us to, for example, a family with three children with not quite twenty square metres between them for living, eating and sleeping. They've been living in a student apartment for almost ten years, having been unable to find any other alternative. The room is furnished with two sofa beds, a small table and a TV. The hallway has a toilet, a shower and a small kitchenette.

"The eldest son, who is seven years old, told me that it's hard to concentrate when doing his homework as there are so many people at home. The entire family are forced to eat dinner with their plates on their laps as they have no kitchen table," says photographer Stefan Bladh, one of the founders of Civilian Act.

Another example is how low-income pensioners are increasingly forced into homelessness when, for various reasons, they've lost their former homes. Åke is 64 years old and a qualified French and English secondary school teacher. He's been homeless for three years now and has been fervently looking for an apartment all that time. With no other alternative, he's been living in a hostel in central Stockholm.

"I pay five thousand Swedish crowns a month, under the table, for a bed in a dormitory shared with ten other people. Several of them are new arrivals in Sweden, and they pay at least double that. It's good business for the owners, and we're allowed to stay as long as we like. There have been problems with bed bugs, however, and the ventilation is very poor, but what choice do I have?" says Åke.

Despite holding down permanent jobs, many people have trouble finding a home of their own, which means countless young adults are forced to live with their parents. Kamilla has a permanent position at a school, but still lives at home with her mum. This three-bedroom apartment in Skarpnäck is also home to her two brothers and her mum's partner. Kamilla's been in the housing queue for several years, but it'll be many more before she'll be eligible for an apartment. 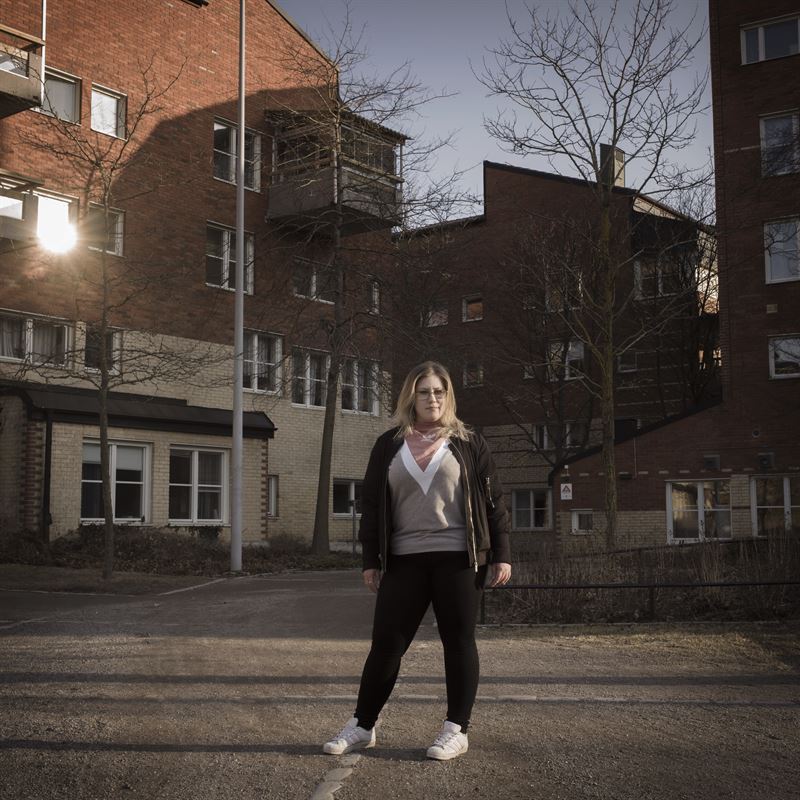 "The hardest part is having no privacy and having to accommodate four other people in everything you do. Most of my friends are facing the same situation," says Kamilla.

During this election year, what is actually happening to people's homes in the Swedish welfare state?

This exhibition is made possible thanks to the Stockholm Chamber of Commerce and the Swedish property owners trade organisation Fastighetsägarna Stockholm. The exhibition will be displayed outdoors on Fotografiska's façade and in the ruins of Saint Catherine's church on Gotland during Almedalen Week.

Fotografiska For Life: Fotografiska's platform for using photography to highlight social issues that we care about, and to inspire reflection and action. In the hope of inspiring greater awareness in the world.

Fotnoote: The press pictures is not allowed to be cropped, just for press publishing during and till the end of the exhibition period at Fotografiska. 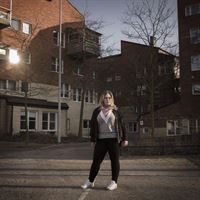 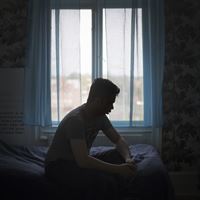