Creepy Cute with Wendotte at Fotografiska

An abrasive Saga. This applies just as much to Saga Wendotte herself as the stories she creates. Here, In Between Realities nothing is as it seems...
Fairytale-like scenes with cute little children, which at first seem cute, or maybe with an innocent beauty. However, a closer look reveals certain ingredients anything other than harmless. Rather, the images pose important questions about where we are today.

One of the most important missions for Fotografiska is to help highlight new talent and elevate them to a larger audience. Saga Wendotte (1989-) is now  exhibiting In Between Realities 13 September-17 November at Fotografiska Stockholm with works from 2010 and onwards.

– Nowadays, we race through our lives, and so we miss out on a lot. If you do something similar with my pictures, you’ll see something completely different compared to when you take time and actually take in what you see. These images require attention, which in itself is an invitation to reflect at a time where images are flashing past all the time, according to Saga Wendotte.

Take, for example, all the adorable little children in the Little People series, with their big heads and eyes, set in contexts where the birds behind them turn out to be fighter jets, or another detail infering questions about the relationship between nature, animals and human beings. 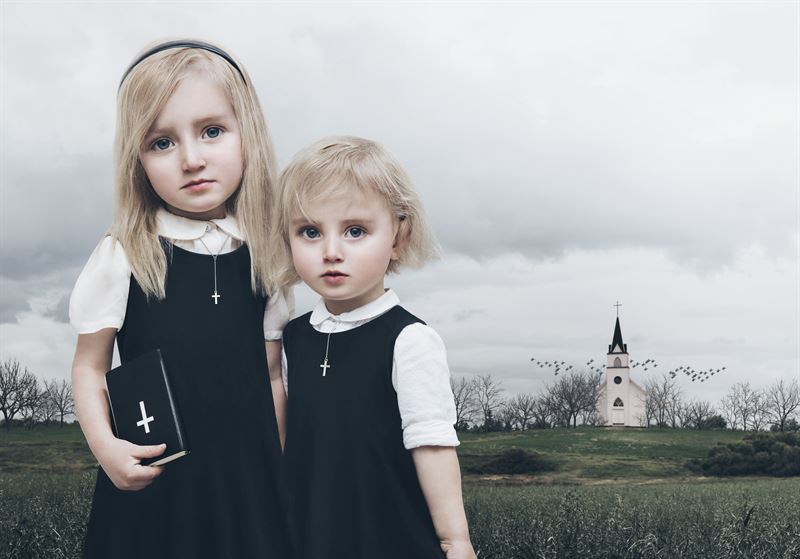 – Saga Wendotte's photographs manage to create both effects and reflection in a skilful way. Her compositions, with their distinct contrasts between what viewers may first perceive as a pure advert, and then on reflection realise are powerful messages, have a massive impact. What makes it even more exciting is incorporating a further dimension with the Augmented Reality project, says Emilie Ackerman, Exhibition Producer for Fotografiska International.

Saga Wendotte is a photographer and artist who was attracted to the being an artist at an early age, because she loved to draw. Constantly. With an illustrator mother, a creative profession wasn’t that idea out of the questions. But in her teens, Wendotte realised that it was "better to try for something more sensible" so she studied Science, specialising in mathematics and data, not a great surprise as her father is a qualified engineer. She got a camera in her first year at high school. While she’d previously used Photoshop for her drawings, now she would use it to manipulate her photographs. Immediately after high school, she won a place at Fotoskolan in Stockholm, with a strong desire to continue creating her own worlds, rather than documenting through photography. Her dream of being an artist outweighed “what was sensible”. 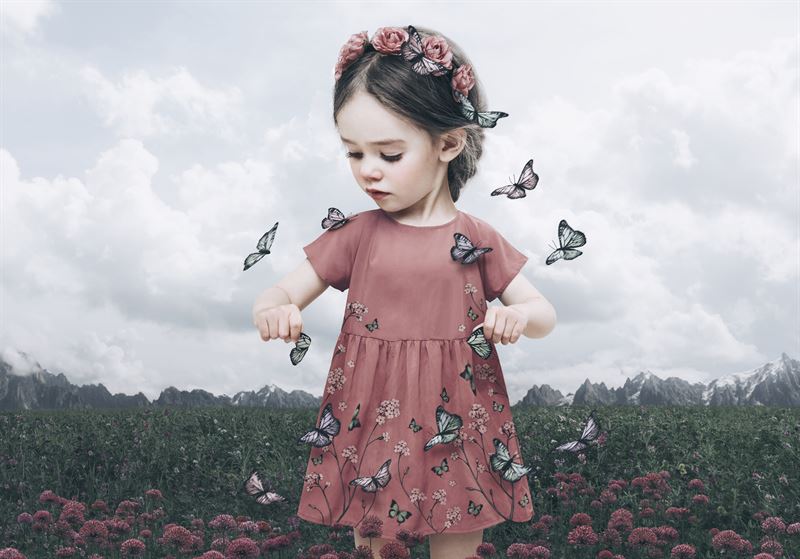 – We must dare Art and having an exhibition at Fotografiska feels great. I exhibited at their Young Corner many years ago now, and finally I get my own exhibition hall. It all started with Jan Broman seeing two Little People at Planket last year. The exhibition is a collection of nine years of different projects. In addition, six completely new works take their place in a previous work displayed at Liljevalchs Vårsalong nine years ago. There, Little Red, in Scandinavian scenes, encounters different figures on her journey through thick forests, and we follow her throughout her ups and downs.

Built into many of the exhibition's works (and also in its merchandise) there is advanced Augmented Reality technology, which means that when you point your smartphone towards a work and select the app's AR function, things begin to happen... 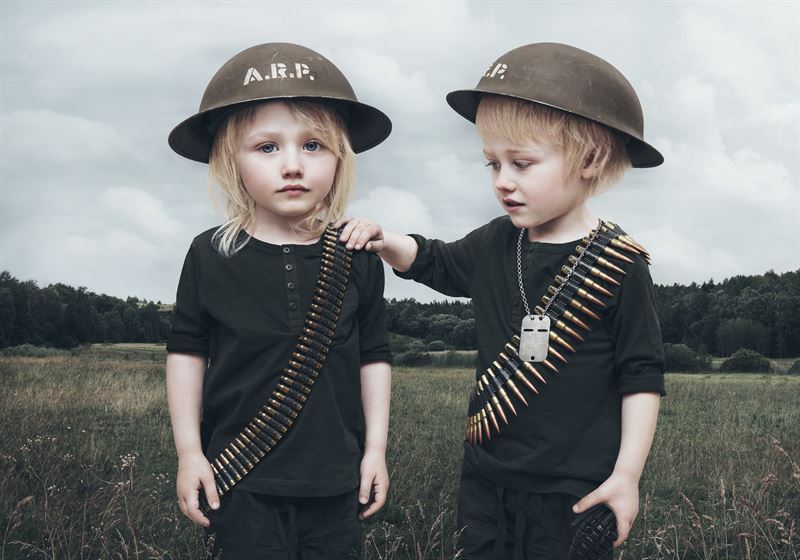 – New technology is always interesting to explore so it was obvious for me to add AR to this exhibition, where we’re also showing behind the scenes movies from when the pictures were taken.

In describing her own work, Wendotte uses the term "creepy cute".

– There’s often a common thread in my work. It looks sweet and perhaps childish, but the darkness is more or less hiding in the open. There’s a leaning towards fairy tales, but I like the contrast between the dreamlike world of fairy tales and the dark, mysterious domain. The polished and commercial world encounters something that would not work at all in a commercial context, such as in the Little People series. Many of these works have a clear agenda including political and religious content to create a discussion and to reflect on the world we live in. However, it is always up to the viewer to interpret things in their own way, and I’ve heard, through what I’ve been told, that perceptions have been very different. 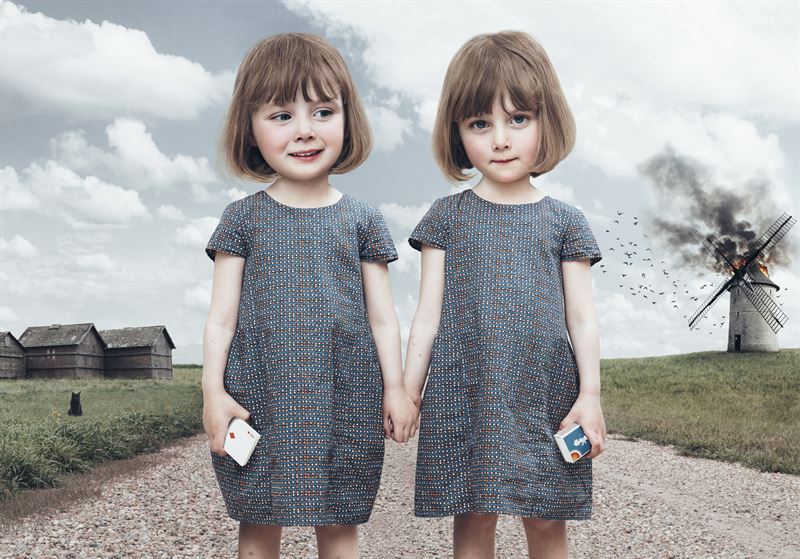 In Between Realities delivers the promise of its title: It’s up to the viewer to reflect attentively and create their own picture of reality.