Fotografiska's Black Box turns pink in Arvida Byström's hands. Entirely pink and filled with the photography and artistry that have made her an Instagram star. A brightly burning (and often censored) star who relentlessly shines her light where most needed.

This Pink Box will introduce visitors to works in which Byström explores photography and its boundaries.

– "I like to integrate my photographs, not just simply put them in frames. Frames are a way of saying 'this is where the art begins and ends', but I prefer art to seep out from its frames, to be allowed to spread to other, unexpected surfaces. Smartphone photography is rarely recognised in exhibition contexts because historically the art world is built to be exclusionary. That something like smartphone photography can now be considered art generally goes against the grain and brings that tradition into question," says Byström. 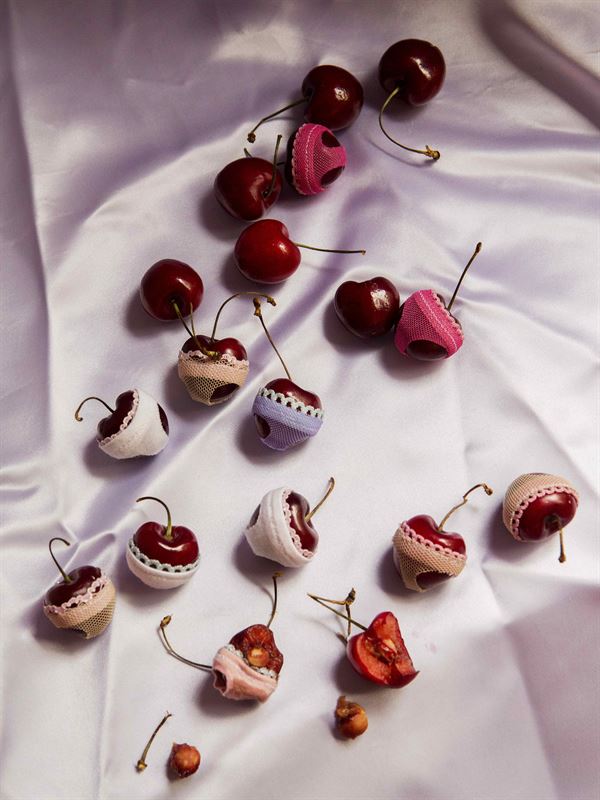 Arvida Byström (b. 1991) is an artist based in Stockholm, her place of birth. Her interest in photography came early and already as a teenager she started publishing her images on various digital platforms, laying the foundation for her aesthetic style. Byström's exhibition at Fotografiska allows us to follow her exploratory thoughts on femininity, identity and gender norms through an installation in which her revealing and challenging photographs have.

Byström uses her artwork to question prevailing norms, such as the sexualisation of the body. 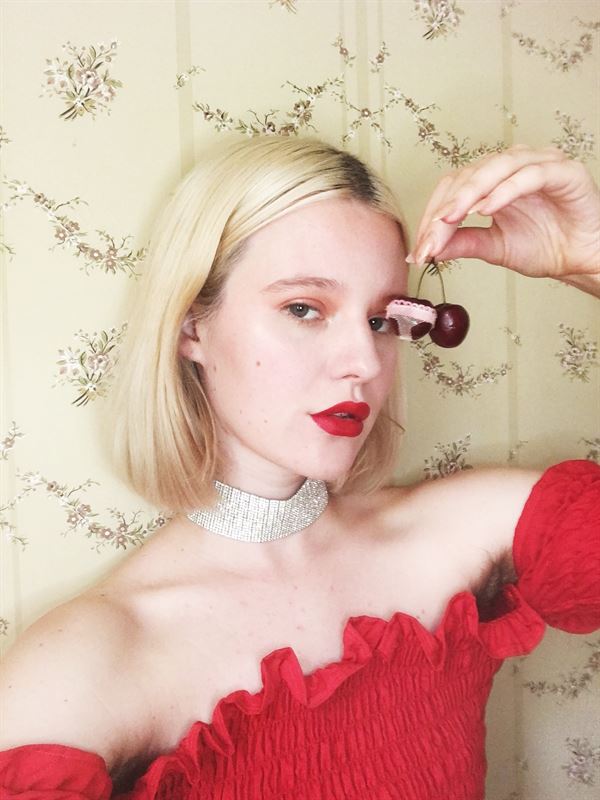 "The exhibition is also a commentary on the fact that my feminine aesthetics are always seen as only being about sex, which is far from the truth. Sex is an important subject, but it does my art a disservice to say that it's largely about sex. It's more a case of wanting to show that how sex is portrayed usually has very little to do with the reality. And this is something I want to highlight in this exhibition. To inflate something, to make something that actually takes very little space spread out and instead take a great deal of space. Hence the title, Inflated Fiction."

With 240,000 followers on Instagram, today Byström is an internationally recognised artist with a résumé that includes collaborations with several international magazines, among them Lula, Vice and Wonderland Magazine. She's also both photographed and modelled for campaigns for brands such as Monki and Adidas.

2017 saw the publication of the book Pics or It Didn’t Happen: Images Banned from Instagram, a collection of photos censored by Instagram that she published together with artist Molly Soda.

"In recent years, pink has gained other, somewhat different connotations … but for a very long time it was a colour that only represented women and a perceived 'femininity'. It still does to a large extent, but at least now it's permitted to be associated with other areas. In any case, it's had important symbolic value that I've enjoyed playing with, challenging, questioning, re-evaluating and simply revelling in because it's oh so pretty. I've loved pink my entire life!" 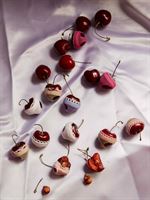 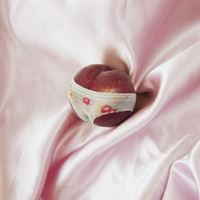 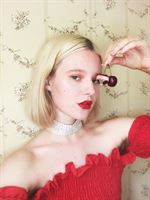