Made in Bangladesh - opens at Fotografiska

Take a look at the clothes you are wearing today. There is a big chance the label tells you it is made in Bangladesh. That is also the title of an exhibition now opening at Fotografiska with photographer Rahul Talukder.

To be able to make beauty out of despair is one effective way to raise awareness. Something that Talukder (born and raised in Dhaka) from Bangladesh has made an artform of and yes, of course he is political.  His black and white famous pictures from industrial building falling down at Rana Plaza killing a thousand people, because of the weight of to many heavy machines producing the clothes we all wear, have made an everlasting impact. Now those pictures are part of a jam packed Black Box at Fotografiska where Made in Bangladesh is opening.

Talukder is working in a tradition of street photography as he has always been photographing different subjects on the street, even when he started taking pictures with his cell phone camera. Referring to photography is a universal language that needs no subtitles.

"Growing up in Dhaka, a densely populated city with all the imperfections and there is the magic, I got in close contact with the magic of imperfection. I began my photographic journey being drawn to this particular normless nature of the city".

While studying in Pathshala South Asian Media Institute, he got interested in social documentary photography and started working on different socio-political and cultural issues from Bangladesh. Part of that was portraying social unrest after capturing the tragedy of Rana Plaza collapse which is, indeed, a major man made industrial disaster after Bhopal tragedy. 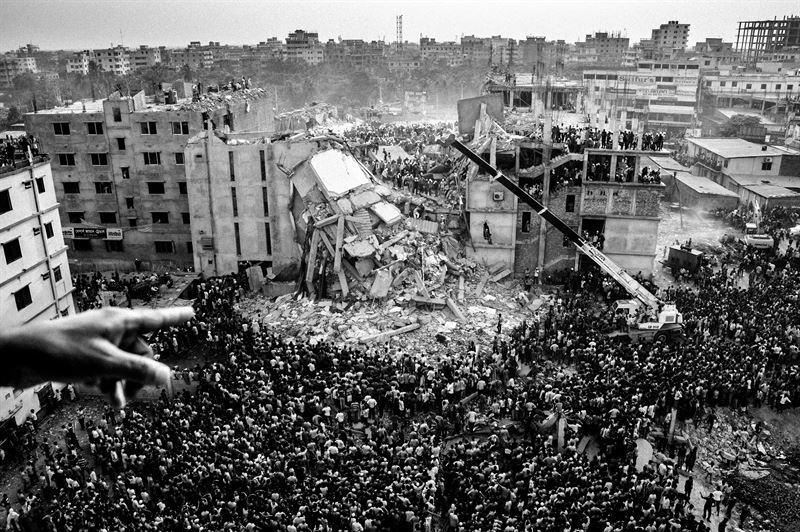 "I wish it would be just a story but what happened that day was one of the ignominious facts of the human history. I reached at the site straight after hearing the news. It took almost 90 seconds to grasp the life of a thousand people. Those burnt faces, crumpled corps, persistent rescuers and family members with their helplessness; everything was so intense and raw. Some have lost their loved ones; some lost the only wage earner of their family or the only hope of their better life. Mainly, I was focused on portraying the virulent stories behind those indigent workers".

Talukder started visiting the place regularly to talk with the survivors, to collect their contact information. He gathered information from the poster of missing person, from the voluntary groups and the medical colleges etc. Then he also became concerned about the aftermath and the far reaching consequences of this mass industrial homicide at length.

From 2012, Bangladesh was going through some major political ups and downs. Elections, processions, political turmoil, mayhems and movements all these happenings took place on the streets of Dhaka. Talukder interest centerd the street to capture all those moments along with the trends of changes within this city’s periphery.  From the day of collapse, he has been documenting this tragedy and also captured its aftermath following by the predicament which is related to the proliferation of garment industry caused by the hazardous working conditions. 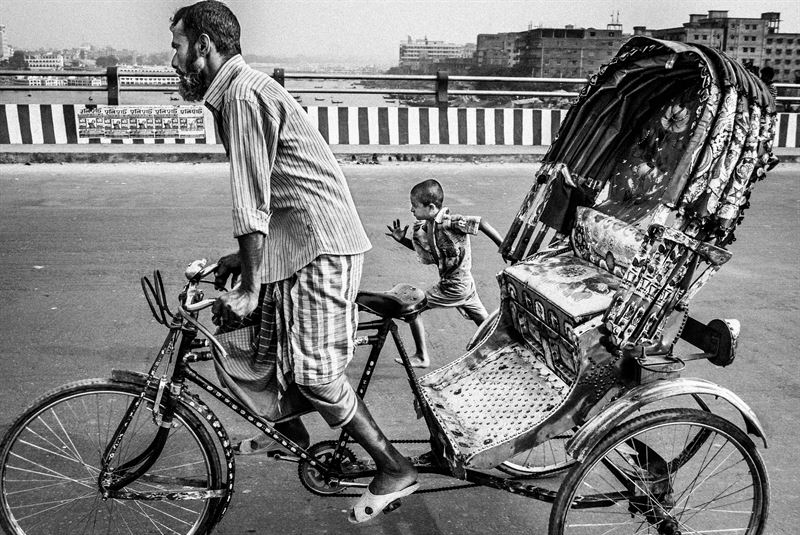 "Rahul Talukder is an attentive observer of his environment and his fellow people. Gifted with the photographic talent to discern decisive moments in everyday life and finding rough gems in a mundane surrounding, he beautifully portrays the streets of Dhaka. With the same eye he observes and documents radical political changes and industrial situations in his home country of Bangladesh", says Johan Vikner Exhibition Producer at Fotografiska International.

Another situation Talukder has been working on are the Rohingya crisis from when the major outbreak took place due to ethnic cleansing and forced migration of the Rohingya community, at this densely populated country in 2017. 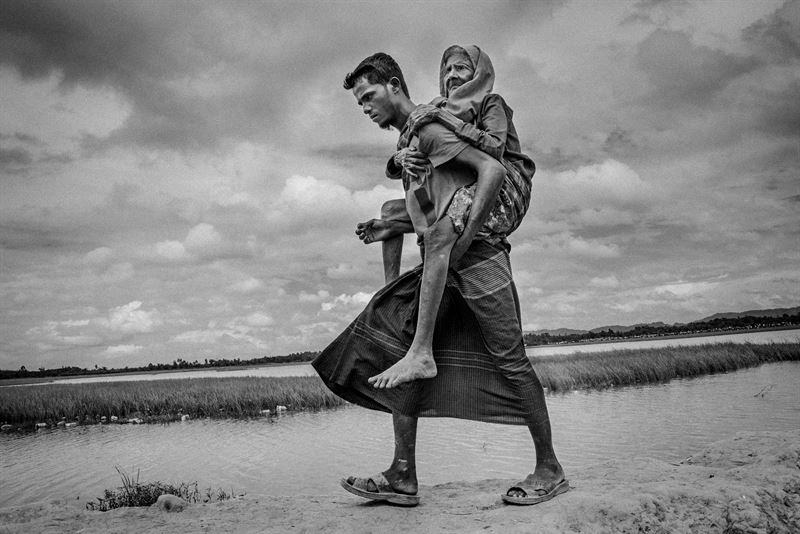 "Obviously, internal migration from the periphery to the center and forced migrations affect the victims. But those, living different social strata, are directly or indirectly fall victim of the situation. So I’m also interested in capturing those changes that people have in their lives following by the consequence of migration. To me, street photography is the cacophonous term of a melodious pursuit". 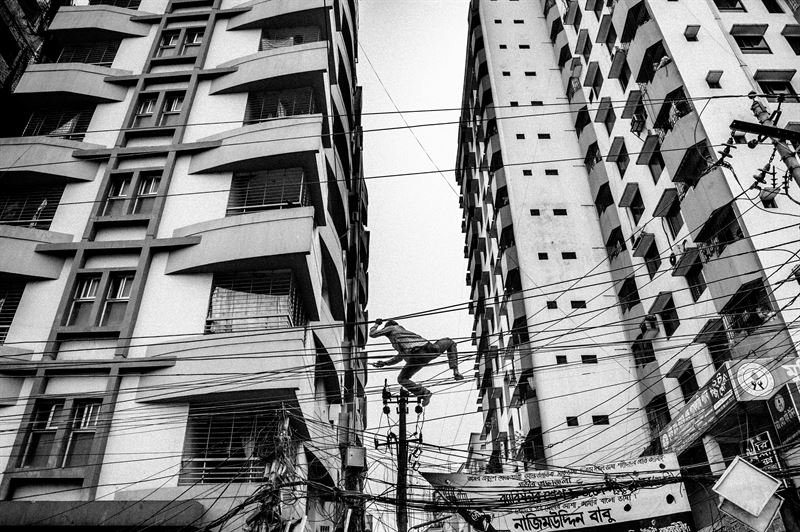 Again “photography is a universal language that needs no subtitle”. Made in Bangladesh is an overwhelming fact that captures the truth in that remark.

Fotografiska Stockholm is not only the world’s most esteemed museum dedicated to the world of photography. The concept also contains an internationally awarded restaurant elected “the Museum Restaurant of the Year 2017”, as well as inspiring event spaces, an acclaimed academy and a shop featuring an extensive selection of photographic books. With a great network of world-class photographers at the core, Fotografiska Stockholm has since the opening hosted more than 170 exhibitions, including the work of iconic masters such as Annie Leibovitz, David LaChapelle, Irving Penn, Helmut Newton, Sarah Moon, Nick Brandt and Andres Serrano, as well as up-and-coming young photographers. By taking a stand in controversial issues and stretching their responsibility far beyond the realm of traditional art institutions, Fotografiska has a history of acting as an influencer, playing an active role in the Swedish society. The purpose is simple, to use the power of photography to unite, spread awareness and create positive impact. To inspire a more conscious world. Initially opened in Stockholm in 2010 the Fotografiska family is now growing and are expanding to Tallinn, Whitechapel in London and Park Avenue in New York. Taking on these prime locations Fotografiska aims to redefine the traditional museum experience by creating urban meeting places where global citizens are invited to dwell, get inspired, question the taken-for-granted and grow as individuals.