Pictures from isolated places, scenes often created together with the inhabitants where the vast surreal nature is used as a backdrop. In the art of Scarlett Hooft Graafland, who travels alone with just a backpack and a camera, the circumstances that present themselves on site defines the work. Often full of contradictions that unfold the drama…
The exhibition Vanishing Traces at Fotografiska will leave everlasting marks.

For Dutch artist and photographer Scarlett Hooft Graafland the ever changing nature is her focal point to which she adds encounters with cultures from all over the world. It is fascinating how  she, sometimes after weeks of preparations together with the inhabitants, manage to capture those meetings between her own imagination, nature and the people living in this often very remote areas.
The result: pieces of art that leaves no eternal trace but make an everlasting impact on the observer, raising essential questions created by those vanishing traces. No matter if it is a big tree full of the women from a tribe, fisherman like captured fishes at the bottom of their boats or balloons carried by women in burkas, all parts of the exhibition Vanishing Traces at Fotografiska. 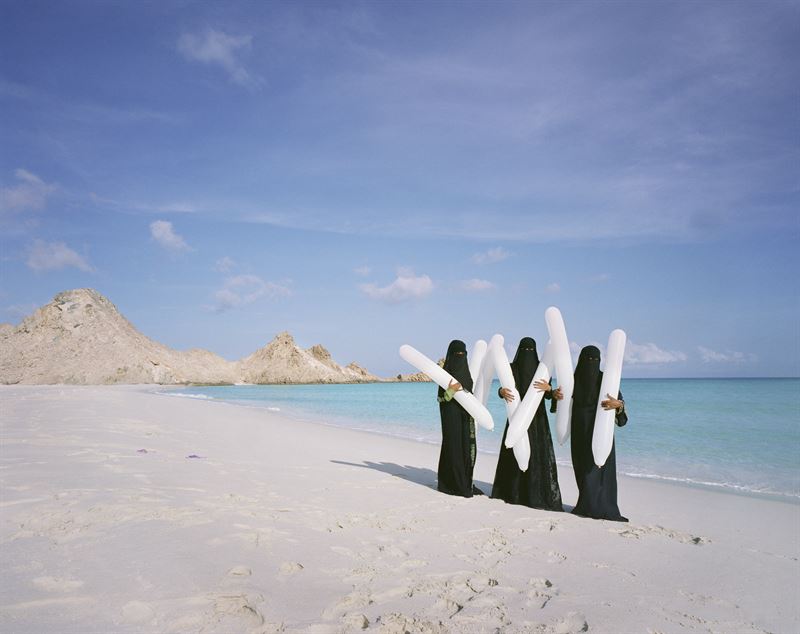 Hooft Graafland, trained in sculpture, started her career as a performance artist who took photos of her installations, photos that are now the central part of her art. The contradictory is amplified by the use of minimalism and contrast; by tiny figures and immense surroundings and expanses, delineated figures and boundless skies and horizons, sharp colors within a natural uniform landscape, composition and indeterminacy, open and vulnerable versus closed and covered, culture versus nature. 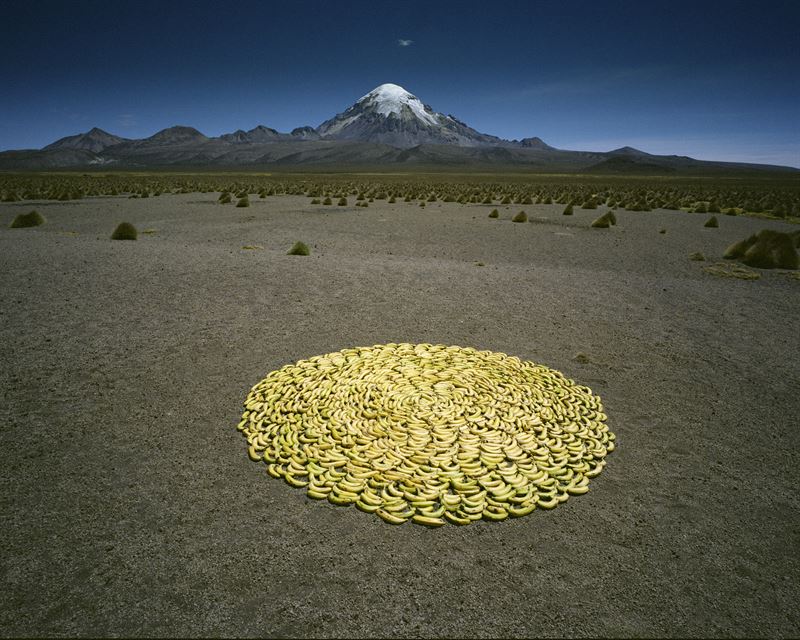 The way Hooft Graafland travels is as a backpacker alone to the most isolated corners on earth, to the salt desert of Bolivia, the desolate Canadian arctic, and remote islands such as Madagascar, Socotra (Yemen), Iceland and Vanuatu. These austere surroundings become live actors in the highly choreographed performances that Hooft Graafland stages there. On stage, the actor is usually surrounded by a vast surreal landscape, which becomes the chorus of a classical tragicomedy, silently commenting on the drama that unfolds. 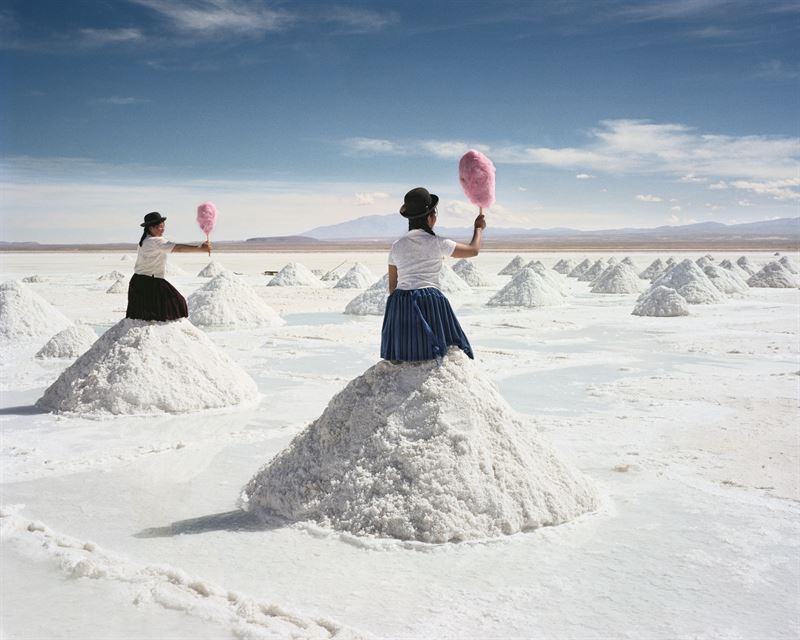 Clashes of cultural contexts and shapes. Harmony and conflict walks hand in hand in her photography as pairs of contradictions and similarity, that makes such a strong impact placed together.

If you for example have seen the Burka Balloons you will never forget it. These women who lives on Socotra, an island outside Yemen, are dressed in burkas walking on the beach carrying long big white balloons. Pointing out cultural behaviour where local social customs and traditions take center stage motivated by seemingly timeless values like honor, virtue and eternal bliss. One example of a Hooft Graafland-scene, where the actor is usually surrounded by a vast surreal landscape, which becomes the chorus of a classical tragicomedy, silently commenting on the drama that unfolds. All very beautifully composed.

The same with the fishermen stuck at the bottom of their boat referring to the fact that there is almost no fish left to capture in the sea. It looks funny and are carrying a strong question mark: what is happening with the resources nature brings when us humans treats them like there was no tomorrow, putting everlasting destructive marks …

The friction between nature and culture - visual poetry that show beauty but also has an edge.

Hooft Graafland makes an impact with her gift of putting things in a different perspective. 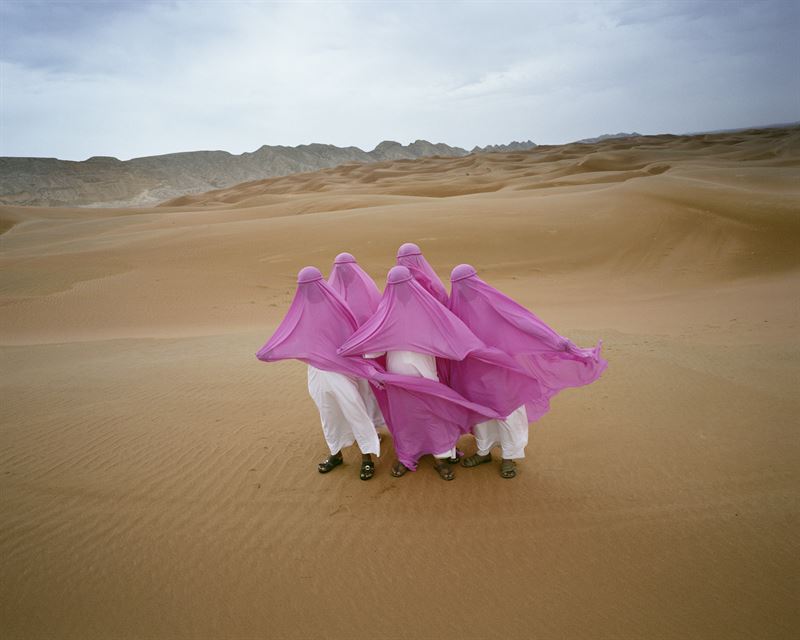 Fotnoote: Scarlett Hooft Graafland works are included in several international museum collections and have been exhibited in venues including Huis Marseille Photo museum in Amsterdam, the MOCA in Toronto, MAC museum in Lima and the Museum of Photography in Seoul. Scarlett received a BFA at the Royal Academy of Art in The Hague, the Netherlands and a MFA in sculpture at Parsons School of design, New York. Her work will be shown at the Dutch pavilion of World Expo Dubai 2020. 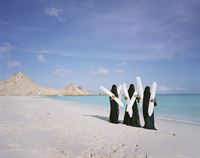 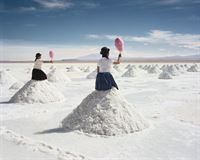 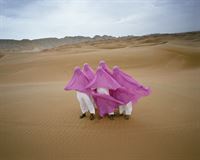 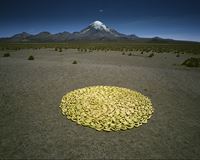 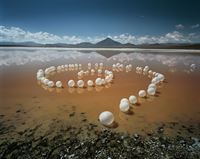