The Autumn Salon at Fotografiska - with nature lurking in 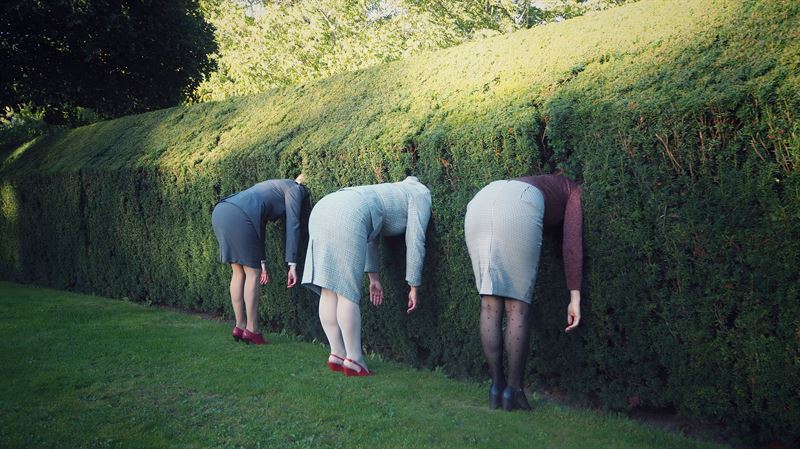 Nature in all its forms and shapes, in more or less natural contexts, is omnipresent in this year’s Autumn Salon at Fotografiska. Be it a tiny flower on the chest of a woman dressed up as Abba’s Agnetha, climbing plant prints in stark Stockholm underground stations of the blue line, mysterious micro/max billowing expanses (which turn out to be a skateboard ramp), bathtime ducks at a pool party or insects and animals – they all point to a renascent awareness of our relationship to nature. In a time when the concept of “climate change” has been banned by the highest level in the western world, one may, possibly, discern a dawning collective realisation that our symbiosis with the environment has resulted in raised sea levels that threaten to engulf entire countries...

Fotografiska’s Autumn Salon has established itself as a tradition that holds up a mirror to our times. With its wealth of expressions, emotions and techniques, the exhibition captures the Zeitgeist and presents a kind of collective, subconscious reflection of contemporary currents, comprising everything from personal photographic projects developed over time, to professional photographers who use the camera as a tool in their artistic practices. This year nature takes a front seat. However, there is no theme to relate to and photographers are free to submit any type of work and neither does the jury make any interpretation of the submissions; this Fotografiska’s remit when the final selection has been presented, and al is for sale.

“By providing this annual space for Swedish photography we wish to inspire photographers from all over the country to show their works”, says Jan Broman, co-founder (with his brother Per) of Fotografiska and initiator of the Autumn Salon.

A jury of experts has reviewed the 1678 submitted photographs and selected 31 photographers.

“Photography is a natural part of contemporary art and we see an increased number of narrative works that address topical social issues. The Autumn Salon presents documentary as well as staged expressions, often from situations and occasions that provoke recognition and raise questions,” Jan Broman explains.