The Last Testament - opens at Fotografiska

Christmas Eve, the day when in Sweden the celebration of what is said to be Jesus' birthday starts, will see the opening of a new exhibition at Fotografiska. For The Last Testament, Magnum photographer Jonas Bendiksen followed a number of men from different continents all claiming to be the Second Coming of Christ. An exhibition on faith, belief and questioning the 'celestial order'. 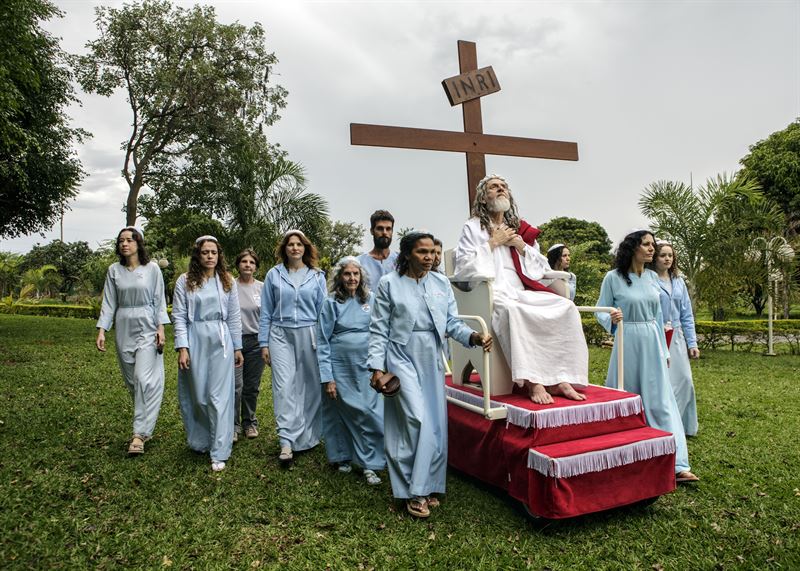 Photo: Jonas Bendiksen, Inri with his followers in Brazil

If everyone had the same open-minded, non-judgemental and curious outlook on life as Jonas Bendiksen, the world would be a much better place. A Norwegian photographer signed by the famous Magnum agency already at a young age, Bendiksen's latest endeavour is now featuring at Fotografiska. For this new exhibition, The Last Testament, he spent three years on a personal as well as photographic and journalistic journey following seven men, all of whom consider themselves the Second Coming of Christ. "Yes, I am coming soon." The end of the New Testament refers to the son of God returning to the world and provided the starting point for Bendiksen's work. 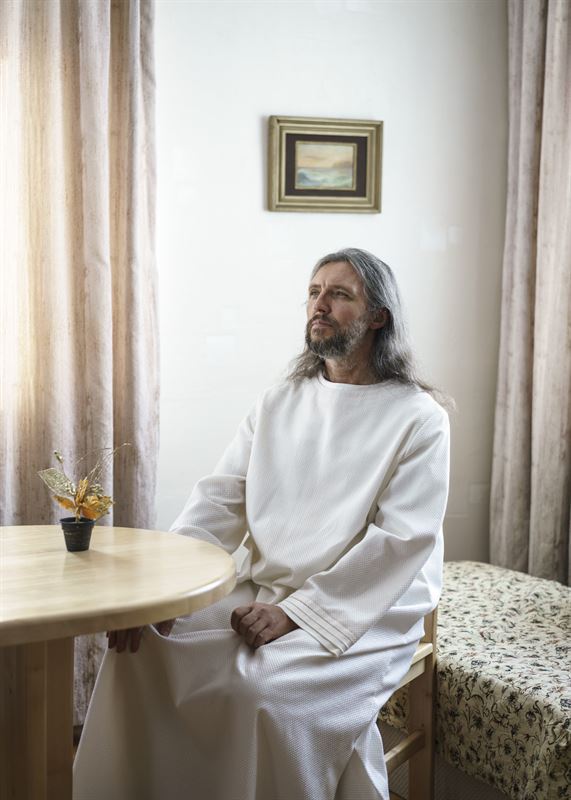 "These three years are certainly among the most rewarding in my life. Full of powerful experiences where I've been in contact with these different self-proclaimed messiahs and their followers. All of them are passionate about preaching their messages and enlightening the world that the end is nigh. Because the Messiah has returned, because Jesus has come back to Earth, and because a new, better order will soon prevail," Bendiksen explains.

These messages, which are claimed to be The Last Testament, are provided both in written form and as short videos that are spread throughout the world, purported to be the final chapter of the Bible – that which brings some kind of final order to the fragmentation left by the Old and New Testaments – hence the title, The Last Testament. 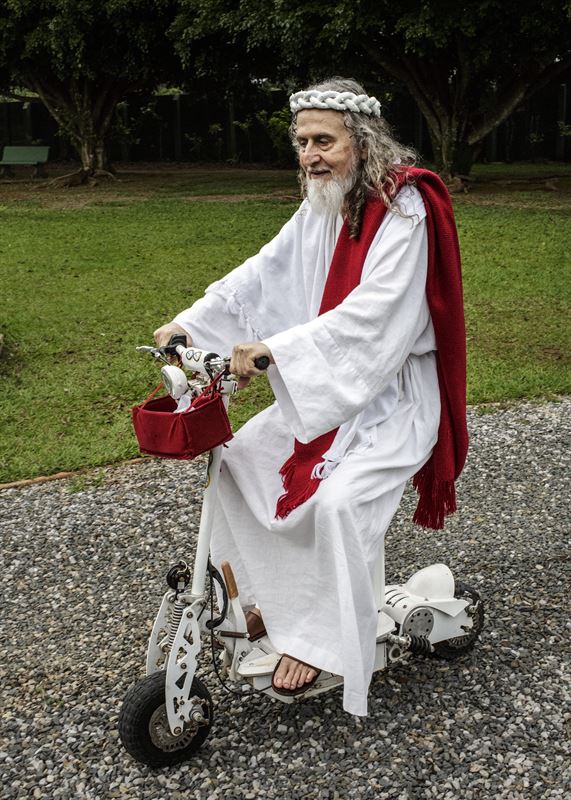 For someone with an interest in faith since childhood, an article that Bendiksen read about the Russian self-proclaimed Vissarion provided the inspiration. Several years later, when Bendiksen had the urge to google this charismatic, self-proclaimed Messiah, he suddenly found that a number of other self-proclaimed messiahs appeared in the search results. From Japan to South Africa and on to Brazil – some with thousands of followers, others with only a handful of disciples, operating on different continents and with different methods, but all united in that they see themselves as the Chosen One, returned to save the world. 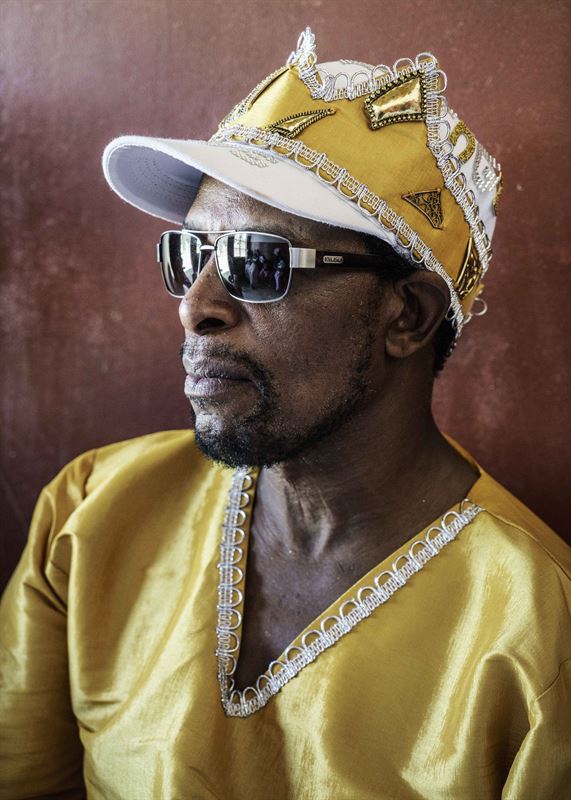 "I was absolutely fascinated and realised that this could be the basis of a new project. My intent has always been to remain open-minded and to treat these people and their followers with humble curiosity. It's not for me to judge and organised religion has always been dedicated to defining the true celestial order. A power that is challenged by these self-proclaimed messiahs, which I find somewhat refreshing." 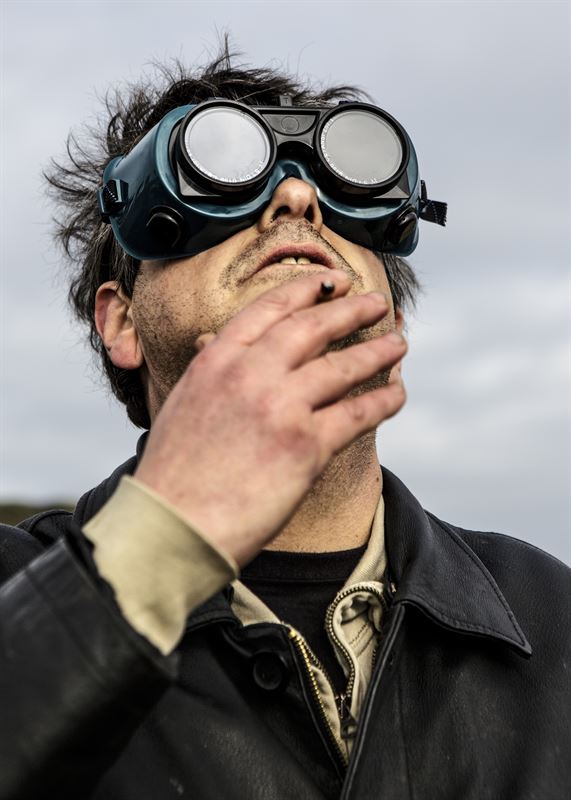 The exhibition includes photographs from the four different continents where Bendiksen has sought out these men and managed to meet all but one of them, the latter from the Philippines where he has some six million followers and is a difficult man to reach. Bendiksen got particularly close to the followers of Vissarion in Russia, who from their self-sufficient village spread the message of the importance of living in symbiosis with nature. So close, in fact, that he could almost have considered staying there. 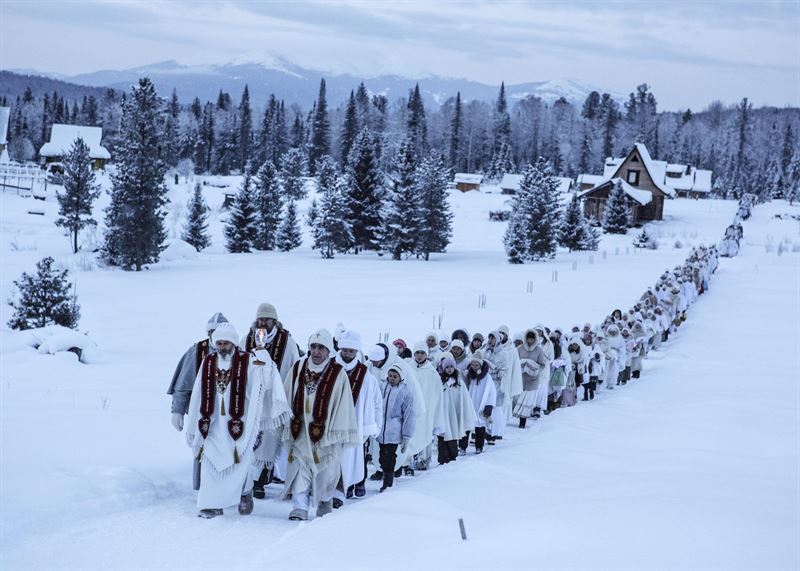 Photo: Jonas Bendiksen, Vissarion and his followers in the village they built in Siberia

"When I visited Vissarion and his followers, I experienced an inner peace that made me think about the stress and pressure we often live with in the West. This project attracts a great deal of attention and is interpreted as both pro-religious and anti-religious. For me personally, it's not a case of taking sides but rather of letting them be heard. The portraits of both these men and their followers, relationships which naturally involve  myriad psychological ties about which we can only speculate, arouse many emotions in the viewer."

With his open-minded approach, desire to meet, understand and share and then share with others, Bendiksen has created a photographic journey deep into the realms of seven different faiths.

"We are very proud to be able to present The Last Testament and to open the exhibition on a day as mythologically charged as Christmas Eve. Using himself as a means, Bendiksen has explored both his own and others' relations to religion and the pursuit of messages of faith. The result is a topical and fascinating contemporary reportage that poses questions about belief and life choices – what an individual can achieve with their voice in this world and how we choose to live our lives," says exhibition producer Lisa Hydén.