Waldersten All Over at Fotografiska Stockholm

This spring, Fotografiska's large exhibition hall will be filled with the evocative world of one of Sweden's most loved and rebellious visual artists. Jesper Waldersten's universe resembles no other – and with a fair amount of black humour, his first photographic exhibition, Waldersten All Over, offers both a strong sense of recognition and intimate insight into his creative process.

Jesper Waldersten (b. 1969) has returned to his roots. In Waldersten All Over, he looks to himself once more. And what a place it is, with Waldersten moving no further than the edge of his own shadow.

He's known for being one of Sweden's most rebellious and acclaimed visual artists, attracting an ever-expanding fan base with his painting, drawing and photography. Since his early career as a highly popular illustrator at Swedish daily newspaper Dagens Nyheter, he's managed to publish eleven books and stage several successful exhibitions.

"Photographs have always inspired me, been there, provided cutouts. Perhaps because they don't compete with drawing and painting, they've been outside that room, not fighting over the toys, so to speak. I read in pictures. I'm attracted by the frozen, how a shadow fell just then, how the wind flustered a notebook, that step no one would otherwise remember taking centre stage in a photograph and being immortalised." 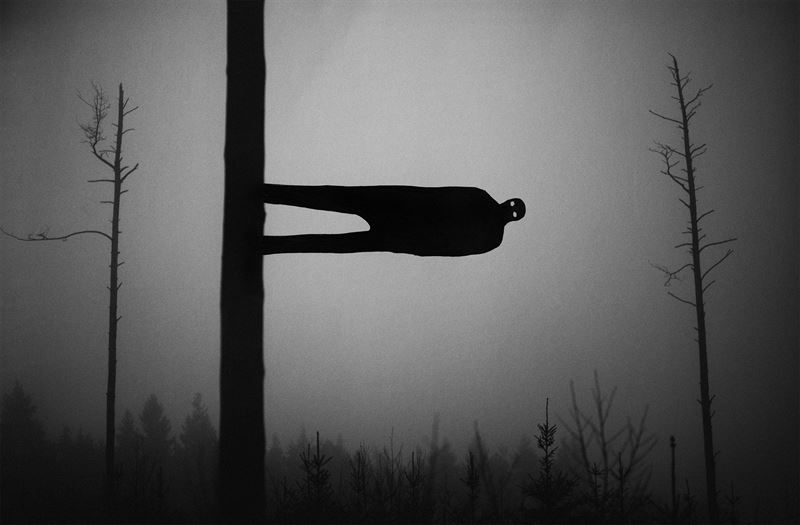 Waldersten All Over is Waldersten's largest exhibition yet, spanning 250 photographic and moving images magnificantly illustrating both his creative process and the question as to what it really means to be human. Here, Waldersten takes photography one step closer to his drawings, oil paintings and poetic texts. The materials and techniques he uses are, to say the least, varied: pens, brushes, typewriters, water, scissors, shadows and stones. Everything is captured by the camera in the moment, transformed into unique works reflecting the black humour we recognise so well. Images that often raise a laugh, and frequently a feeling of recognition, essentially evoking all the senses. Waldersten All Over is seductive and inviting, but never predictable. It's as though each of his famous pranks conceals a question mark waiting for the viewer to straighten it into an exclamation mark.

Waldersten describes photography as the place where expression and impression meet. 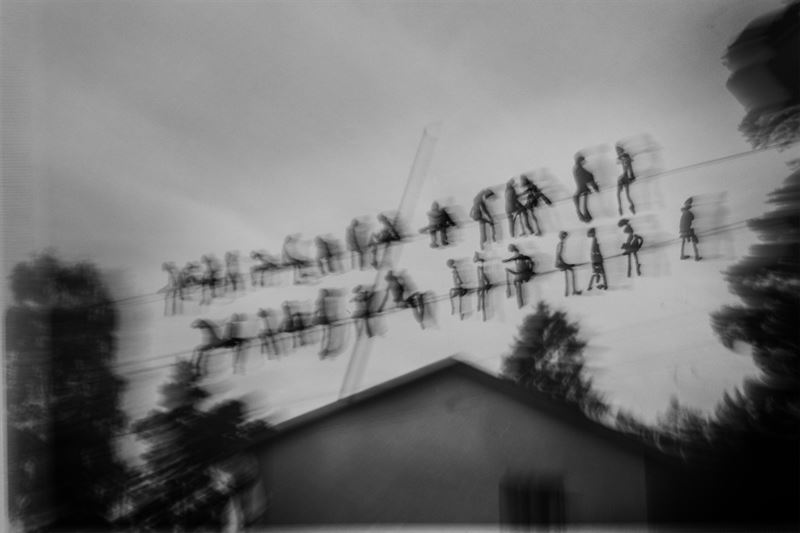 "The photographs have been filtered, centrifuged, copied and cut to pieces layer by layer. My typewriters and notebooks have been drenched in ink and oil. It's been a messy but rewarding exploration of my creative subconscious. And none of the images has been manipulated, everything has happened."

Exhibition producer Lisa Hyden is both happy with and proud of Waldersten All over.

"Jesper Waldersten has long been praised for satire that hits the mark, stark black humour and topicality. All Over takes us on a journey through a Walderstenian world populated by shadows and mysterious characters, into the belly laugh of the calligraphic Sweden is just hell without any fire, via the straight right of the skull in The Satanic Drunk to the tender moment when dawn illuminates the typed question: Jag är väl inte död än? (I'm not dead yet, am I?)" 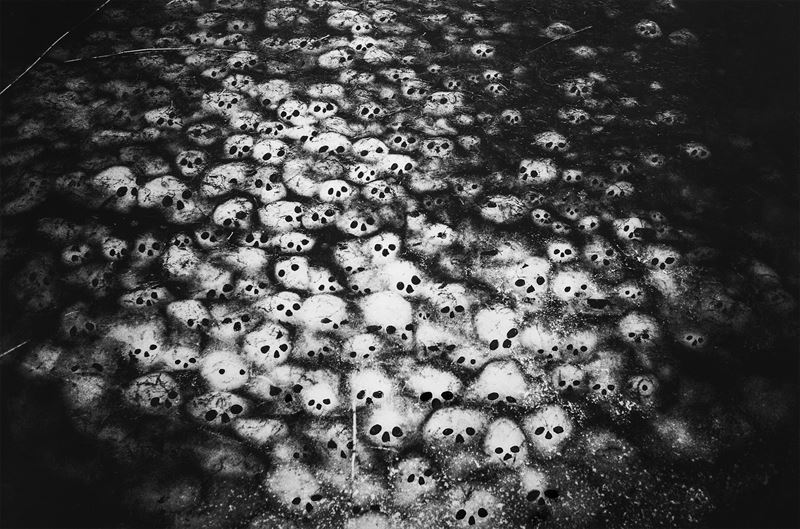 Here we have a gaze able to see the beauty in the scuffed, the gnarled, the crippled and the decrepit. The beauty in the unexpected as perceived by an unassuming eye. The fascinating in the idea of a flood of creativity flowing through each of our closed systems that needs to be punctured, drained and laid bare in order to turn a stranger into a friend. When ties are finally created between humans, in everyday life, in love.

"I think it's a game. A game between me and time. Ideas leading to outcomes. From the unpredictable calm of the dead of night to lambasting notes written in the heat of the moment. We see them slink away with their heads bowed low – the emotions – the ones that drive us through different openings in life. I want to bring those internal images to life. The feeling that someone has just been in the room, ransacked the place. Rummaged through our underwear, read our brooding thoughts. I believe in the magic of the simple, and I want that idea to take root in someone else's head. If my art can open someone to these possibilities, then that's great. I want it to be life-affirming, even in its darkness, for humour and masculine tenderness to be taken seriously. I want to be the dark glasses that enable visitors to peer right into another's imagination." 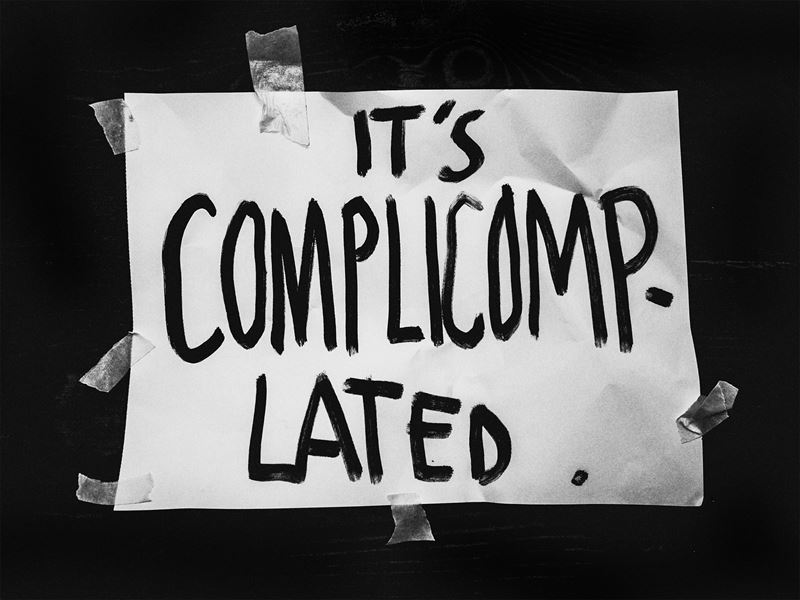 Waldersten All Over invites us into a black-and-white world, but a world that is anything other than monochrome. Instead, this story is richly populated, born of Waldersten's playful subconscious, where gut feelings and roots determine whether the image is to be meaningful or pleasurable.

Here, we also see what he calls sister images, images that build bridges to help move the story along and create structures, but whose primary purpose is to form a framework so that other photographs can shine all the brighter. 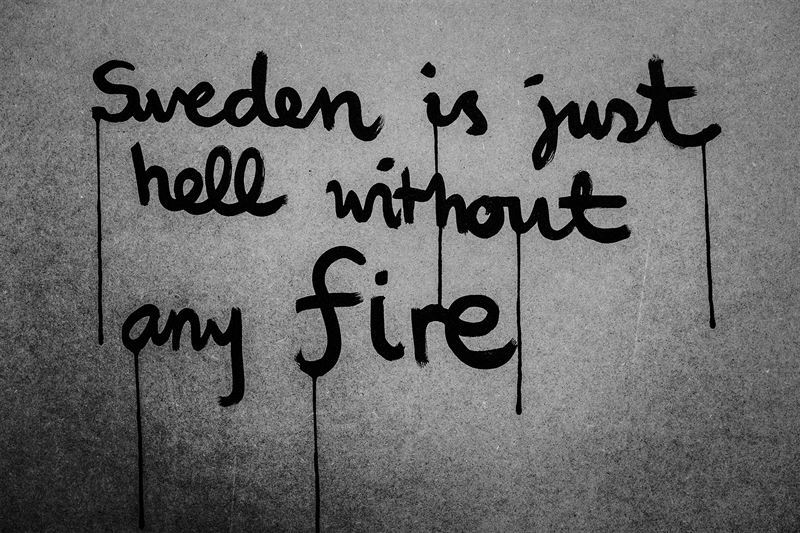 "Enchantment is found everywhere. Even in the shadow of a wasp nest on a piece of white paper. An image can be a note in a song, a letter in a poem. A comma in the flow of life. The multitude matters. Together, all my images and texts form a single jigsaw puzzle of a long-lost map. My life. A dream of a beautiful ending. The figures twisting and turning across the image. Like the elongated shadows of spring."

Waldersten believes that the creative process is extremely enticing, that many yearn to see it, to touch it. How does nothing suddenly come about? Where do the lines come from? How can you smile at something so dark? And sure, one interpretation is that it's all very dystopian. What are we all facing as the planet increasingly shows signs that its patience is wearing thin with humanity's predatory behaviour?

"Humanity takes its time. And now it's taken so much time that time is starting to run out. So things are getting hectic.  And, of course, this begs the question: am I insinuating that it's already all over or that Waldersten is all over the place? Probably both, actually." 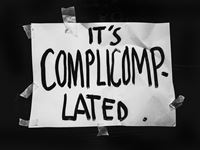