Without you I am weightless - about dandelion children at Fotografiska

Without you I am weightless

Without you I am weightless… What happens when you live under a watchful eye? When you stand in the shadow of someone else's needs? Jessica Silversaga is an artist and photographer who with dreamy images of people in nature manages to capture an essence of sorts of the need to be seen. To grow at your own pace, and to gain the strength to steer your life in the direction of your choosing. An exhibition of her work opens at Fotografiska on 12 April.

Over a period of ten years, Jessica Silversaga (b. 1982, a native of Sundsvall) has photographed female models in a project titled Without you I’m weightless, to be exhibited at Fotografiska. Silversaga is an artist and photographer who fashions her models' timeless costumes and carefully stages the images in this very personal project. The seemingly simple, dream-like yet dark images are captured in the wilds of nature from early spring to late autumn. They reflect a deeply personal journey, but one which is also universal.

"It's about recreating a childhood which never took place, or which was never experienced. A difficult and precarious balance act of combining memories, fantasies and dreams. Being lost and frightened in an unknown world. The search for identity as a child, but perhaps even more so as an adult. What becomes of you if you were never allowed to be a child? How do you learn to play as an adult?" tells Jessica Silversaga.

That feeling, and the ability to allow the viewer to conjure up their own story, based on their own experiences and past, these are what make photography such an interesting art form for Silversaga. The fact that a single photograph can contain so many layers. In 'I soar when you're not looking', there are as many interpretations as viewers. Living under a watchful eye, not being able to relax until that gaze is diverted elsewhere. 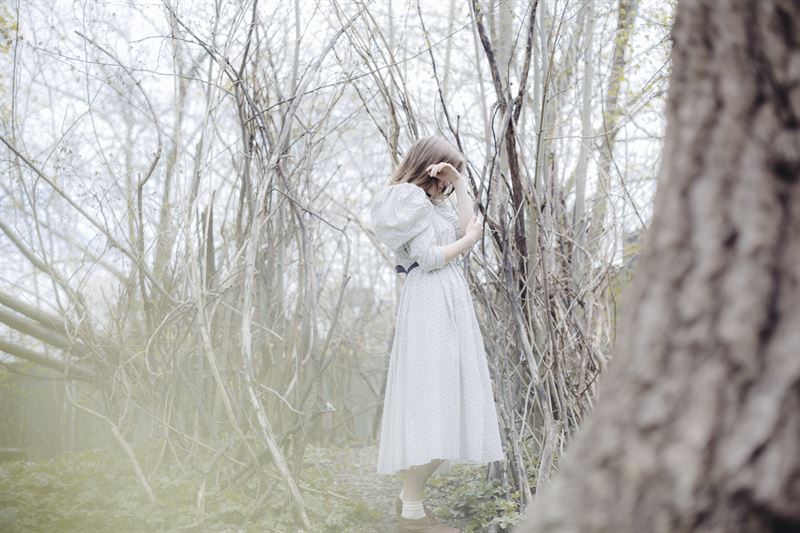 "As viewers, we are invited to use our own experiences to complement the delicate outlines formed in the meeting between the female protagonist and nature. Silversaga's images are dream-like yet dark, and with their apparent simplicity she creates a feeling of contrast in both the composition and the subject. An inner force seems to emanate from them, alternating between limiting and offering freedom," says Lisa Hyden, exhibition producer at Fotografiska International.

Silversaga's imagery floats across the Swedish landscape – an environment providing the backdrop for a low-key chamber play of sorts.

"We sometimes hear talk of dandelion children, meaning children who've been invisible their entire childhood, but who despite their difficult upbringing still manage to thrive and grow into strong young adults. This can include children who grow up with parents suffering from mental health issues or substance abuse. In such cases, the child is not only invisible, but also someone who has to care for their parent. There can be a desire to live life, to be seen, to exist. The invisible child longs for recognition. They want to be loved, warts and all, not just for that which is easy to love. All of us have a powerful urge to survive, and perhaps this is strongest in those who've experienced a traumatic childhood." 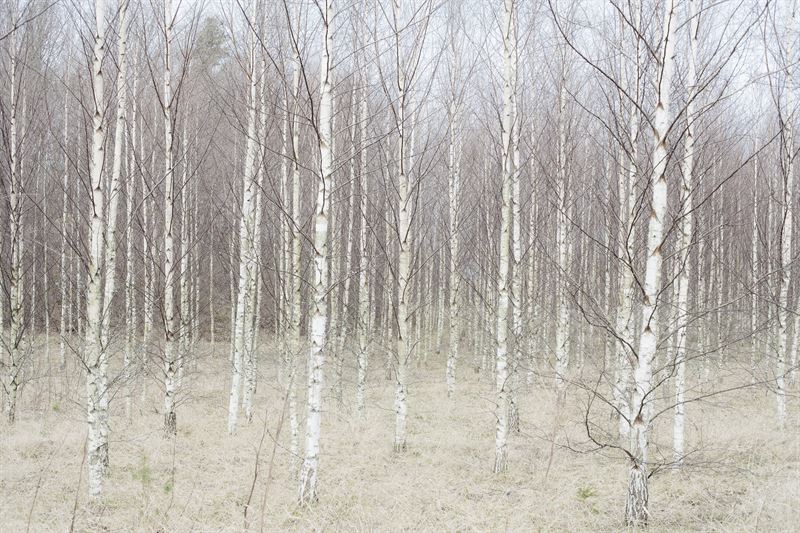 Silversaga started her photographic career as a photojournalist, working with documentary and reportage photography. While studying photography at Gamleby Fotoskola and Mid Sweden University in Sundsvall, Anna Clarén was one of her tutors, the same Anna Clarén who is now curating the exhibition.

"Jessica Silversaga's photographs are born from a kind of limbo, between childhood and adulthood, between play and gravitas. With the help of her camera, she collects memories, both those she has and those she hasn't," says Anna Clarén.

Silversaga continued her artistic endeavours and worked a great deal with self-portraits, her work appearing in print media and exhibitions in Sweden, as well as in exhibitions in places such as Paris, London and Russia, to name but a few. Following this, she spent many years working with not only commercial photography, but also interior design, weddings and fashion, and even fine art photography. A common theme in all of Silversaga's personal projects is the search for identity and the desire to be seen. Here she sees photography as a form of expression able to convey that which cannot be said.

"To capture those small magical moments all around us. To highlight and portray that which is difficult to talk about, that which is unseen, such as emotions and experiences. Nature, for example, has such an amazing way of being able to mirror the human condition. It has that fragility, where everything dies but is also reborn. There's a tremendous desire not only to survive, but also to grow and prosper."

Fotografiska Stockholm is not only the world’s most esteemed museum dedicated to the world of photography. The concept also contains an internationally awarded restaurant elected “the Museum Restaurant of the Year 2017”, as well as inspiring event spaces, an acclaimed academy and a shop featuring an extensive selection of photographic books. With a great network of world-class photographers at the core, Fotografiska Stockholm has since the opening hosted more than 170 exhibitions, including the work of iconic masters such as Annie Leibovitz, David LaChapelle, Irving Penn, Helmut Newton, Sarah Moon, Nick Brandt and Andres Serrano, as well as up-and-coming young photographers. By taking a stand in controversial issues and stretching their responsibility far beyond the realm of traditional art institutions, Fotografiska has a history of acting as an influencer, playing an active role in the Swedish society. The purpose is simple, to use the power of photography to unite, spread awareness and create positive impact. To inspire a more conscious world. Initially opened in Stockholm in 2010 the Fotografiska family is now growing and are expanding to Tallinn, Whitechapel in London and Park Avenue in New York. Taking on these prime locations Fotografiska aims to redefine the traditional museum experience by creating urban meeting places where global citizens are invited to dwell, get inspired, question the taken-for-granted and grow as individuals.