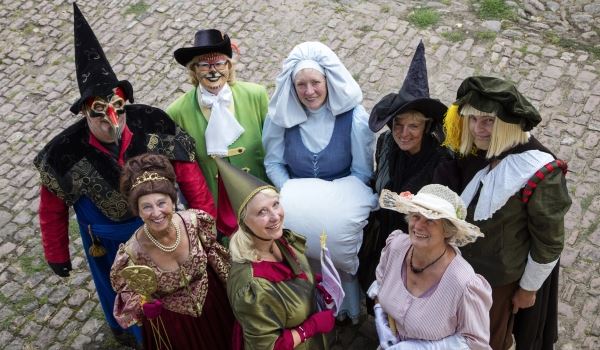 The Bauhaus is regarded as the most influential school of art, design, and architecture of the 20th century. There was a structural and cultural renewal in Frankfurt am Main in the 1920s, contemporaneous with Bauhaus. Cultural historians called it “New Frankfurt”. Three museums in Frankfurt—the Museum Angewandte Kunst, the Deutsches Architekturmuseum, and the Historisches Museum Frankfurt—are organizing special exhibitions on various aspects of the legendary urban project to commemorate the Bauhaus anniversary in 2019. The exhibitions are sponsored by the German Federal Cultural Foundation, the state of Hesse, and the city of Frankfurt am Main as part of Bauhaus 100.
By the way: 2025 marks the centenary of New Frankfurt, so pencil it in!

As part of the Bauhaus centenary celebrations, Institut Mathildenhöhe is hosting an exhibition that illustrates the significance of Mathildenhöhe for the development of Bauhaus and post-war architecture at the Artists’ Colony Museum in summer 2019. The Hessisches Landesmuseum Darmstadt is also commemorating this anniversary. It will be exhibiting works from its own collection between April 11 and July 14, 2019. The centerpiece of the approximately 60 exhibits is the “Meistermappe des Staatlichen Bauhauses 1923” (The Master Portfolio of the State Bauhaus in 1923). Jewelry enthusiasts can then admire the Ratz-Coradazzi collection, which includes pieces of jewelry ranging from Art Nouveau to Art Deco, at the Landesmuseum Darmstadt from May 10 to August 11, 2019. More than 350 exhibits, mainly from Germany and Austria, will familiarize visitors with the jewelry design of the early 20th century.

Apart from pulsating metropolises, the FrankfurtRhineMain region also boasts castles, palaces, and UNESCO World Heritage Sites. Last year, two hiking trails were even ranked among Germany’s most beautiful hiking trails. The Neckarsteig, spanning around 128 km in Baden-Württemberg and Hesse, placed first. The hiking trail takes you past 17 castles, castle ruins, and palaces, and is a certified “Qualitätsweg Wanderbares Deutschland” (Quality Hiking Trail in Germany). The Nibelungensteig (in German only), which placed third, is a wonder with all the historical locations along its length from Zwingenberg on the Bergstraße to Freudenberg am Main. Its 130 km take you through the heights of the UNESCO Geo-Naturepark Bergstrasse-Odenwald, past attractions like the “Felsenmeer” (boulder field) in Lautertal.

Steinau – adventure for the whole family

The idyllic Main-Kinzig-Kreis is a district on the eastern edge of the FrankfurtRhineMain region. The area includes attractions like small half-timbered towns and the historic Ronneburg castle. One such pearl is a town called Steinau, one of the most famous towns along the German Fairy Tale Route. Here, you can really feel the presence of many of the famous fairy tale characters brought to life by the Brothers Grimm. There are several guided tours for the whole family, such as the “Fairy Tale Tour”, where the guide dresses up as one of the famous characters while acquainting you with the town’s main sights, the “Children’s Tour”, which actively involves the children on the tour, as well as the “House of the Brothers Grimm”, visiting the house where the brothers used to live. If you are up for a “devilish” experience, visit the “Devil`s Cave” – the oldest accessible show cave in Steinau!

Hanau: Once upon a time at Philippsruhe Palace

A great event is fast approaching in Hanau, the birthplace of the famous Brothers Grimm: “GrimmsMärchenReich”, the new family and children’s museum located in the beautiful, picturesque Philippsruhe Palace on the Main, opens its doors on April 14, 2019. Here, visitors can discover late 18th-century Hanau as depicted in the Grimms’ fairy tales and stop by their parlor to meet the Grimm family and fellow travelers, find out how they worked and learn about their masterpieces. Naturally, a few unique artifacts such as Jacob Grimm’s briefcase and frock coat, and a preliminary model of the Brothers Grimm National Monument from the Hanauer Geschichtsverein 1844 e.V. collection will also be exhibited. There will be a grand opening on Saturday, April 13, and a big fairy tale festival on May 4 and 5, 2019.

Read more (in German only)

K7, Bad Nauheim’s first boutique hotel (in German only), opened its doors in January. The hotel is a symbol of Bad Nauheim’s evolution into a town renowned for its modern healthcare facilities, and serves as a record of the spa town’s history and the related rise to international fame of its 19th-century art nouveau spa. The remarkable design and attention to detail of the five room genres—Marble, Urban, Fireplace, La Fleur and Artroom—constitutes a reinterpretation of the spa resort.
The Hessian state capital Wiesbaden has been home to a new Best Western Hotel since December 2018. Its central location in close proximity to the main train station and the RheinMain CongressCenter is certainly ideal, especially for business travelers. However, vacationers will be no less impressed here, because each floor is evocative of a major American tourist attraction, such as the Santa Monica Pier, emphasizing the hotel’s American roots.

Read more about Accommodation in the FrankfurtRhineMain region 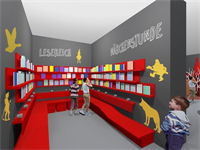 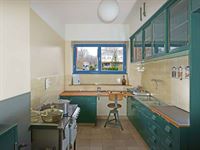