News from the Frankfurt Rhine-Main Region!

Cultural events and jubilees not to miss out on, the new old town of Frankfurt and one of the top culinary destinations in Bavaria - this and much more in this press release! 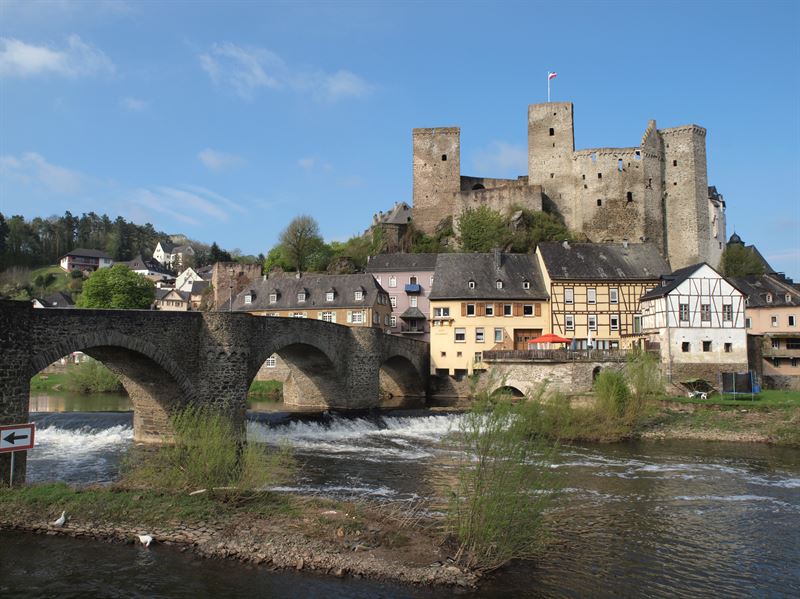 The beautiful half-timbered old town of Dreieichenhain, the historical Hayn Fortress, and several other cultural gems worth discovering are all distinctive features of the city of Dreieich, just a 25 minutes’ drive from Frankfurt. Although it is small, the cultural events on offer throughout the year are flourishing. The “Burgfestspiele Dreieichenhain” (Dreieichenhain Fortress Festival) is held in the historic ambience of the fortress from July 5 to August 19. Furthermore, the “Hayner Burgfest 2018” will enchant visitors with its theme, “The Celts – swords of steel and cult of fire”, from September 7–9. This festival is all about the Middle Ages and the period’s fascinating arts, with live fire artists, jugglers, and knights giving visitors the feeling of traveling in time. The main features include real medieval jousting as well as a handcrafts market with numerous stalls. And let’s not forget the culinary delights! Read more about Dreieich and its highlights here.

The culinary delights of Miltenberg in Bavaria

The city of Miltenberg has received a major award for its culture and cuisine: the “100 Genussorte Bayern” award. This award means that Miltenberg is not only one of the top 100 cultural and historic destinations in Bavaria, but also one of the major culinary cities in the country. And the best thing about it is that visitors to Miltenberg can participate in the culinary traditions and experience them very interactively. Why not join a creative beer tour and brew your own beer? Or learn how to bake traditional bread made with beer and wine from a professional bread sommelier? Or even participate in coffee and espresso workshops with a coffee sommelier? Does it sound like fun? It definitely is! The city has various offers on for families and visitors from all over the world. Take a look at the city’s promotional video for more inspiration, and read more about the city’s features here.

Celebrating the 800-year jubilee of Goldbach in Spessart

This month, something very special is going on in the region of Spessart: The city of Goldbach (meaning “the golden stream”) has planned a grand celebration for its 800-year jubilee on June 8–17, 2018. Musicians and artists, including Paul Pott, Max Giesinger, and Beatrice Egli, will make this an event that should not to be missed. The musical activities will be complemented with culinary temptations and smaller, more local events. Goldbach is situated close to tourist magnets like Aschaffenburg, not far from Frankfurt and Darmstadt, and famous for its Schloss Johannisburg, one of the most significant Renaissance castles in Germany. There are several other recommendable attractions in the Spessart region, including the previously mentioned city of Miltenberg and the beautiful moated castle of Mespelbrunn, located only a half-hour drive away, to mention but a few. This area is also perfect for outdoor activities. Don’t hesitate to contact us for more information about the Spessart region and its highlights.

New museum in the art city of Aschaffenburg

The city of Aschaffenburg has a lot to offer in terms of cultural highlights: Schloss Johannisburg Castle and the Pompejanum, for instance. It is an important city for art in the region. A major addition to the museum district in Aschaffenburg will be a brand new museum showing the works of the famous German artist Christian Schad, opening at the end of this year. Schad was an important proponent of Verism, a period at the beginning of the 20th century. Anther exhibition highlight in Aschaffenburg is the “Divine X Design. Das Kleid der Antike” exhibition, held at the Pompejanum, a replica of a Roman villa. This exhibition illustrates the dialog between ancient works of art and fashion of the same period. The fashion designs were created by fashion undergraduates to demonstrate the power of fashion even back in the day: Already then, people chose suitable clothing for the various occasions, with hair, make-up, and accessories being an important part of the look. The exhibition will be open until October 31, 2018. The entrance fee to the Pompejanum is €5.50 (€4.50 for visitors under 18) or, combined with entrance to Schloss Johannisburg, €7.00 (€5.00 for visitors under 18). Please click here for further information about the Pompejanum, and here for general information about Aschaffenburg.

Get a new perspective on things at RESTAURANT 360° in Limburg

Not only is the city of Limburg situated an hour’s drive north of Frankfurt a great place for outdoor activities like hiking, biking, or canoeing on the idyllic Lahn River, it is also a great place for historic and culinary discoveries. Apart from the beautiful half-timbered houses of the old town, Limburg Cathedral, sitting on top of a hill just like a king, is a top city and regional attraction. It dates back to 1235, making it a major historic treasure. An insider tip: View the city of Limburg from Alexander Hohlwein’s RESTAURANT 360°. Situated on the third floor of the “WERKStadt” shopping mall, it provides a magnificent view of the city and its treasures. It’s terrace can seat up to 35 guests (or events of up to 100 guests) and includes the restaurant’s own herb garden. Alexander and his restaurant received a Michelin star for their great work. His partner and sommelier Rebekka Weickert will guide you in pairing the best wines on your culinary journey. Take a virtual tour of beautiful Limburg here.

The old town of Frankfurt, which has been embellished with 15 buildings based on original plans and a further 20 new constructions, including shops, restaurants, and apartments, is now ready and open for guests. The grand opening will take place on September 28–30, 2018. This will be one of the most spectacular inaugurations in Europe and an absolute must-see, along with the many other features of this beautiful city on the Main. New guided tours are available in English. Take a virtual tour through the beautiful new heart of the city here. The “Safe Cities Index 2017”, a report by The Economist Intelligence Unit, lists Frankfurt, the only German city in the ranking, 11th. This means that Frankfurt is currently considered one of the safest of 60 cities in the world to visit, with Tokyo being number one. This is just one of many reasons to visit Frankfurt and the surrounding region, where several historic and culinary delights await you.

This year, the Frankfurt Rhine-Main region is packed with events. Did you miss the last press release with an overview of the events in 2018? Or would you like to read more about the spectacular inauguration in Frankfurt in 2018? Don’t worry, it’s all available online, in our press area at http://news.cision.com/frankfurt-rhine-main-region. 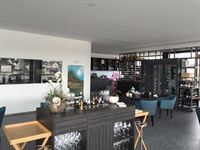 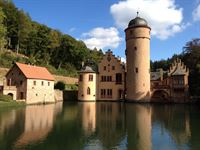