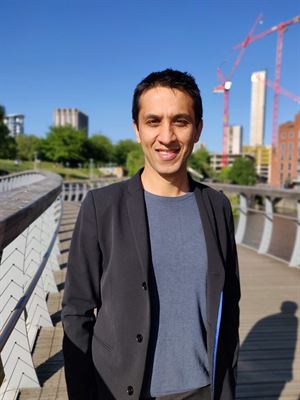 FREYR has hired Koray Abatay to optimize production at Norway's first battery cell factory, which will be able to supply up to 600,000 electric cars annually.

“Earlier this year we hired Ryuta Kawaguchi as our Chief Technology Officer, and now we are taking an additional step with Koray Abatay as the team’s senior production engineer. We are also in final negotiations with several international capacities related to battery cell production to complement the significant experience from the process industry and project development we already have in the FREYR team,” says Jensen.

Abatay has 10 years of experience from the automotive industry specializing in battery production. Until recently, he worked as a production technical project manager for Dyson's electric car project in the UK, where he oversaw development of the battery production process and industrialization towards commercialization. Prior to Dyson, he was a project manager in Sweden responsible for, among other things, the production process in the early phase of the development of Volvo Car Group's electric cars "Polestar 2" and "Volvo XC40 Recharge".

“I am passionate about innovative companies with a clear purpose. Therefore, I was immediately motivated by FREYR's initiative, which will help managing the climate crisis by using clean renewable energy for battery cell production and at the same time create a new Nordic industrial adventure. I look forward to bringing this important project forward as a member of the FREYR team, says Koray Abatay.

“I worked with Abatay on the Dyson electric car project and know his extensive production environment experience and solution-oriented approach”, says FREYR's technology director, Ryuta Kawaguchi. He joined FREYR this winter with almost 20 years of experience from battery cell production and car production for companies such as Nissan and Toyota, as well as Dyson.

“Ryuta is an expert on the battery cells and broader solutions themselves, while Koray's expertise covers the production line and equipment. We are constantly expanding the complementary capabilities we need for profitable, efficient and environmentally friendly production of battery cells and target construction start of our first facility during the second quarter of 2021,” Tom Einar Jensen adds.

FREYR will build a combined 2 + 32 GWh battery cell capacity, including a so-called ‘giga-factory’, in Mo i Rana. This combined undertaking be one of the largest in Europe and will produce lithium-ion battery cells (LIBs), through a partnership based approach based on best technology available at any given point in time. FREYR is continuing to expand its value chain and establishing formal relationships related to technology, raw-material supply,, equipment and machinery, production systems and customers. FREYR is also deeply committed to supporting the development of an ecosystem of scientific, commercial and financial stakeholders to develop new markets and to meet the growing global demand for battery cells - produced in Norway and the Nordic region - in a profitable, responsible and sustainable way.

About FREYR
FREYR is a Norwegian company in the process of developing, financing, constructing and operating 2+32 GWh annual capacity worth of lithium-ion based battery cell facilities and a 600 MW wind park in the municipalities of Rana and Nesna in Nordland, Norway. The company will supply sustainably produced, cost competitive battery cells to the rapidly growing market for electric vehicles and energy storage in Europe and globally, as well as develop other markets within the segments of marine transportation, aviation and offshore oil through cluster-based R&D initiatives with leading Norwegian and European institutions and companies. For more information, see the home page at: freyrbattery.com 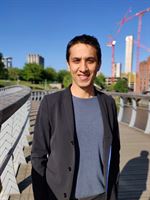