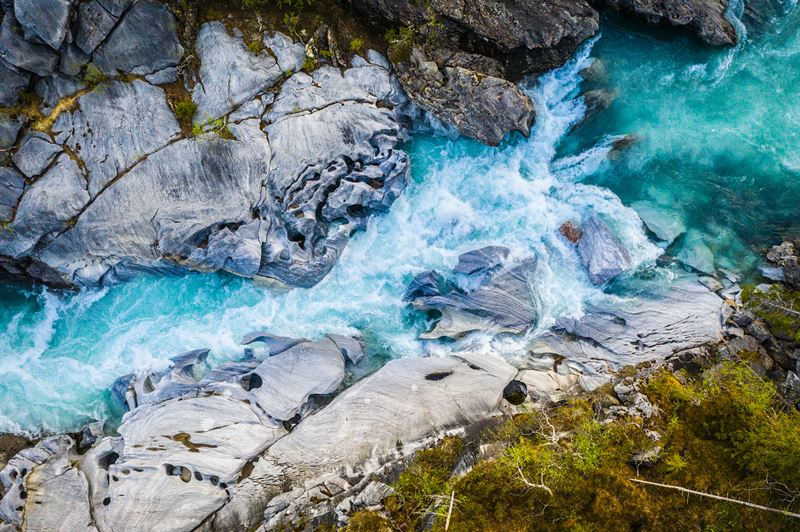 Key developments in the first quarter of 2021:

“We are on track to deliver on our ambition of producing battery cells with high energy density at low cost with the world’s lowest carbon footprint positioning FREYR as one of Europe’s largest battery cell suppliers by 2025,” adds Torstein Dale Sjøtveit, FREYR’s Executive Chairman.

On 29 January 2021, FREYR announced that it will become a publicly listed company through a business combination with Alussa Energy, raising approximately $850 million in equity proceeds, assuming no redemptions of Alussa Energy shareholders, to accelerate the development of up to 43 GWh clean battery cell manufacturing capacity in Norway. The transaction includes a $600 million fully committed Private Investment in Public Equity (“PIPE”) anchored by strategic and institutional investors, including Koch Strategic Platforms, Glencore, Fidelity Management & Research Company LLC, Franklin Templeton, Sylebra Capital and Van Eck Associates Corporation. 100% of FREYR’s existing shares will roll over into the combined company.

Subject to closing conditions being met, the combined company will be named “FREYR Battery” ("Pubco") and its common stock is expected to start trading on the New York Stock Exchange under the ticker symbol FREY upon closing, expected in the second quarter of 2021. On 16 February 2021, the extraordinary general meeting of FREYR approved the business combination. Alussa Energy expects its Special Meeting to approve the business combination to take place between second half of April and first half of May 2021.

Pubco will have an eight-person board of directors. FREYR has nominated Torstein Dale Sjøtveit, Peter Matrai and Olaug Svarva as directors of Pubco. Svarva is the Chair of the Board of DNB ASA, Norway’s largest financial institution and Norfund, the Norwegian Investment Fund for Developing Countries and a Director at Investinor AS, an evergreen investment company funded by the Norwegian government. Svarva was previously CEO of The Government Pension Fund Norway from 2006 to 2018. Matrai is a co-founder of FREYR with decades of experience in finance, technology commercialization and operations within bioenergy and sustainability ventures. Sjøtveit is one of the founders of FREYR, Chairman nominee and brings over 35 years of executive leadership experience developing complex utility and energy projects globally.

FREYR and Alussa Energy have also agreed to nominate to the Pubco board of directors Jeremy Bezdek, a Managing Director at Koch Strategic Platforms, a strategic investor in the PIPE.

At end of March, FREYR commenced development of its pilot/customer qualification plant by preparing the brownfield site for installation of production equipment to optimize manufacturing of clean, low-cost and high-energy density battery cells based on renewable energy.

The pilot/customer qualification plant is expected to be Norway’s first industrial scale lithium-ion battery cell manufacturing facility when operational in 2022. It will use 24M Technologies’ (“24M”) disruptive SemiSolid lithium-ion battery platform technology to develop and qualify battery cell designs and support FREYR’s plan to build up to 43 GWh of battery cell production capacity by 2025. FREYR targets announcing the supplier of production equipment for the pilot plant at end-of-May based on ongoing tender processes.

FREYR is currently participating in more than 40 ongoing customer dialogues and will leverage the pilot plant to produce sample battery cells for customer qualification and product certification to support customer off-take agreements. FREYR has in recent months announced non-binding memoranda of understanding with Siemens Energy AS, Scatec ASA, Maersk Norge AS and ITOCHU Corporation to supply battery cells to accelerate the deployment of renewable energy solutions.

FREYR is also maturing relationships across the battery supply chain according to its partnership-based strategy, and on 1 February 2021, the Company announced a non-binding LOI with Glencore International AG for supply of up to 3,755 tonnes of sustainably sourced cobalt metal cut cathodes produced at Nikkleverk, Glencore’s Norwegian operations. Glencore is also one of the PIPE investors contributing equity in connection with the proposed business combination with Alussa Energy. Previously, FREYR announced non-binding memoranda of understanding with companies such as Elkem Carbon AS, Maersk Norge AS, ITOCHU Corporation and Sumisho Metalex Corporation.

In parallel to the operational developments, FREYR is accelerating the organisational build-up to expand execution capabilities and capacity following establishment of the leadership team in early 2021. This was led by the appointment of Jan Arve Haugan, an international energy sector and technology-driven industry veteran, as Chief Operating Officer and Deputy CEO; Hege Marie Norheim, a seasoned professional and leader within stakeholder relations and sustainability, as Executive Vice President, Human Resources, Sustainability and Communication; and Gery Bonduelle, a professional within energy storage solutions technology and sales, as Executive Vice President Sales.

FREYR is currently in the process of building out the existing team with more than 70 highly qualified professionals to support the development of the pilot and customer qualification plant and FREYR’s subsequent planned giga-factories in Mo i Rana, Norway, as well as bolstering sales, marketing and corporate functions. The FREYR organisation has grown to approximately 50 employees to date in 2021 including the most recent hires joining in the coming weeks. They represent multiple nationalities and various backgrounds including experience from developing and operating complex production facilities within the oil and gas, aluminium and other process-intensive industries across all levels of the organisation. FREYR targets having above 200 employees by year-end 2021, increasing to an estimated 1,400 employees when the planned Gigafactories in Mo i Rana are operational by 2025.

FREYR also received a NOK 142 million (approximately $17 million) grant from the Norwegian Ministry of Climate and Environment through ENOVA SF as part financing for the development and construction of the pilot plant and a NOK 39 million (approximately $4 million) grant from Innovation Norway, the Norwegian Government’s key instrument for supporting innovation and development of Norwegian enterprises and industry. The grants support development of environmental technology and innovations that reduces greenhouse gas emissions.

As part of FREYR’s technology development strategy, the company during the first quarter began working with the Norwegian University of Science and Technology (NTNU) and the professional research organization SINTEF on the research and development of clean battery cell technology based on 24M technology. NTNU and SINTEF’s battery laboratory facilities provide access to scientific expertise and machinery for lithium-ion battery (LiB) cell manufacturing research.

Partnership with 24M Technologies to industrialize next generation technology solution

As previously reported, on December 21, 2020 FREYR entered into a definitive License and Services Agreement to use 24M’s SemiSolid lithium-ion battery platform technology in the planned facilities in Mo i Rana (the “24M License”). The 24M License provides FREYR with rights to produce battery cells based on 24M’s current and future technology, and 24M will provide services to FREYR, including technical training of engineers, information relevant to construct and operate the factories and on-site support, starting with the pilot/customer qualification plant.

The 24M License provides FREYR with a worldwide license to manufacture, offer for sale and sell an unlimited number of battery cells, excluding rights to (a) manufacture battery cells within each of Japan and the members of the Association of Southeast Asian Nations (“ASEAN”) until December 31, 2022 and (b) sell and offer to sell battery cells within each of Japan and the ASEAN until a future date currently estimated for each to be December 31, 2022. Furthermore, the 24M License only provides for limited exclusivity. With the exception of direct grants to any company that produces more than 500,000 cars and/or more than 10,000 trucks or buses annually, 24M will refrain from granting any license to manufacture battery cells within (i) Denmark, Norway, Sweden, Finland, Greenland and Iceland (the “Scandinavian Region”) through December 31, 2023 and (ii) the European Economic Area, excluding the Scandinavian Region and the grant of no more than two licenses, inclusive of that granted to FREYR in the 24M License, through December 31, 2023, in either case wherein the battery cells are produced for use, used or sold for grid connected electricity storage system applications that have more than 200 kWh of lithium-ion battery storage capacity, excluding any applications related to automotive charging or discharging. 24M may terminate the 24M License if FREYR fails to achieve a sustained production rate of at least 1 GWh per year by December 31, 2024.

FREYR plans to develop up to 43 GWh of battery cell production capacity by 2025 to position the Company as one of Europe’s largest battery cell suppliers.  The facilities will be located in the Mo i Rana industrial complex in Northern Norway, leveraging Norway’s highly skilled workforce and abundant, low-cost renewable energy sources from hydro and wind in a crisp, clear and energized environment.  FREYR will supply safe, high energy density and cost competitive clean battery cells to the rapidly growing global markets for electric vehicles, energy storage, and marine applications.  FREYR is committed to supporting cluster-based R&D initiatives and the development of an international ecosystem of scientific, commercial, and financial stakeholders to support the expansion of the battery value chain in our region.  For more information, please visit www.freyrbattery.com.

Alussa Energy is a blank check company formed for the purpose of effecting a merger, share exchange, asset acquisition, stock purchase, reorganization or similar business combination with one or more businesses.  While Alussa Energy may pursue an acquisition opportunity in any industry or sector, Alussa Energy intends to focus on businesses across the entire global energy supply chain.  For more information, please visit:  https://www.alussaenergy.com.

No Offer or Solicitation

This press release is for informational purposes only and shall not constitute an offer to sell or the solicitation of an offer to buy any securities pursuant to the Transaction or otherwise, nor shall there be any sale of securities in any jurisdiction in which the offer, solicitation or sale would be unlawful prior to the registration or qualification under the securities laws of any such jurisdiction. No offer of securities shall be made except by means of a prospectus meeting the requirements of Section 10 of the Securities Act of 1933, as amended.

Important Information about the Transaction and Where to Find It

In connection with the Transaction, Alussa Energy and Pubco will file relevant materials with the SEC, including a Form S-4 registration statement to be filed by Pubco (the “S-4”), which will include a prospectus with respect to Pubco’s securities to be issued in connection with the proposed business combination and a proxy statement (the “Proxy Statement”) with respect to Alussa Energy’s shareholder meeting at which Alussa Energy’s shareholders will be asked to vote on the proposed Business Combination and related matters. ALUSSA ENERGY SHAREHOLDERS AND OTHER INTERESTED PERSONS ARE ADVISED TO READ, WHEN AVAILABLE, THE S-4 AND THE AMENDMENTS THERETO AND OTHER INFORMATION FILED WITH THE SEC IN CONNECTION WITH THE TRANSACTION, AS THESE MATERIALS WILL CONTAIN IMPORTANT INFORMATION ABOUT ALUSSA ENERGY, PUBCO, FREYR AND THE TRANSACTION. When available, the Proxy Statement contained in the S-4 and other relevant materials for the Transaction will be mailed to shareholders of Alussa Energy as of a record date to be established for voting on the proposed business combination and related matters. The preliminary S-4 and Proxy Statement, the final S-4 and definitive Proxy Statement and other relevant materials in connection with the Transaction (when they become available), and any other documents filed by Alussa Energy with the SEC, may be obtained free of charge at the SEC’s website (www.sec.gov) or by writing to Alussa Energy Acquisition Corp. at c/o PO Box 500, 71 Fort Street, Grand Cayman KY1-1106, Cayman Islands.