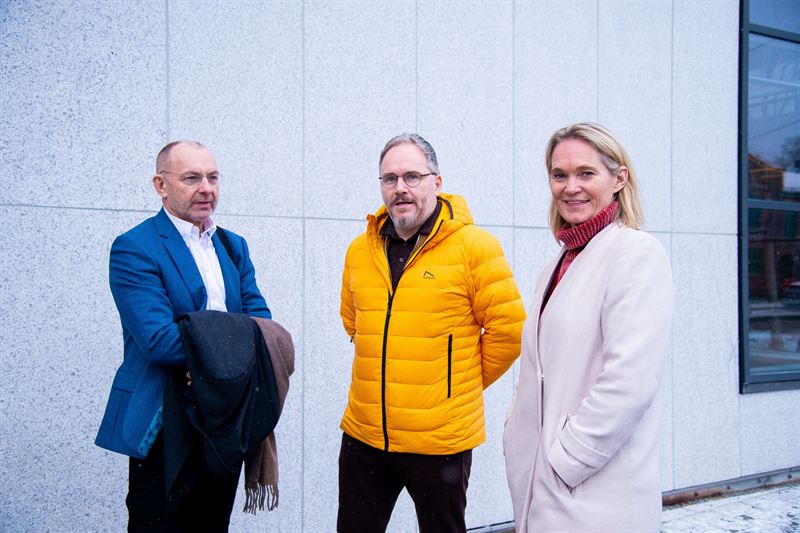 FREYR is pleased to announce the appointment of three new members to the company’s leadership team built to execute FREYR’s expansion plans including the development of over 40 GWh of clean battery cell production capacity by 2025:

“We attract experienced people and top talent who are joining FREYR as we move forward to become one of Europe’s largest suppliers of battery cells made with renewable energy. Jan Arve, Hege Marie and our new EVP Sales add vast experience, execution track-record and dedication to our already strong leadership team and growing organization”, says Tom Einar Jensen, FREYR’s CEO.

Jan Arve Haugan (born 1957) joins FREYR as COO and Deputy CEO effective full time as of March 1, 2021. He has an extensive international industry career, having served as CEO of Aker Energy AS for two years and as CEO of Oslo Stock Exchange-listed oil-service company Kvaerner ASA from 2011 to 2019. He has also held a number of leading positions at Norsk Hydro ASA from 1991 to 2011, including the role as CEO of Qatalum, one of the world’s largest primary aluminum plants built in one phase, located in Qatar. Jan Arve is currently engaged as industry advisor to the CEO of Aker Horizons AS.

Hege Marie Norheim (born 1967) joins FREYR as EVP HR, Sustainability and Communication effective no later than April 2021. Previous experience includes 13 years with the Fortune Global 500 companies Norsk Hydro and Equinor, serving as Chief Sustainability Officer, as Head of Communication and Public Affairs and in various business development roles. Prior to that, she served as Senior Advisor to the Prime Minister’s Office in Norway as well as State Secretary to the Prime Minister and to the Minister of Finance in 2000-2001. Hege joins FREYR from Spencer Stuart Executive Search and Advisory where she for the past five years has supported global clients in developing their leadership teams.

FREYR has appointed an EVP Sales with extensive engineering, product development and operational experience, currently holding a VP Sales position at a global provider of energy storage solutions. The company will disclose further information at a later stage.

FREYR is targeting the development of scalable, modular battery cell production capacity via a phased development approach utilizing partnership-based strategies, including in-licensing of next generation technologies. FREYR has recently announced several agreements reflecting the company’s progress. In late December, FREYR and 24M Technologies, Inc. announced the signing of a definitive License and Services Agreement to use 24M’s SemiSolid lithium-ion battery platform technology in FREYR’s planned facilities in Mo i Rana, Norway. FREYR has also entered into initial agreements for long-term supply of battery materials and production equipment and for industrial scale offtake of battery cells in marine and stationary segments, and the company continues to develop partnerships across the value chain.

“We experience strong interest for our battery cell production plans, and the FREYR team is truly committed to delivering on our ambitions and contribute to the decarbonization of the energy and transportation sectors”, says Torstein Dale Sjøtveit, FREYR’s Executive Chairman and Founder.

FREYR’s leadership team consists of the following after the new appointments:

FREYR plans to develop over 40 GWh of battery cell production capacity by 2025 to position the company as one of Europe’s largest battery cell suppliers. The facilities will be located in the Mo i Rana industrial complex in Northern Norway, leveraging Norway’s highly skilled workforce and abundant, low-cost renewable energy sources from hydro and wind in a crisp, clear and energized environment. FREYR will supply safe, high energy density and cost competitive clean battery cells to the rapidly growing global markets for electric vehicles, energy storage, marine and aviation applications. FREYR is committed to supporting cluster-based R&D initiatives and the development of an international ecosystem of scientific, commercial, and financial stakeholders to support the expansion of the battery value chain in our region. For more information, go to www.freyrbattery.com.