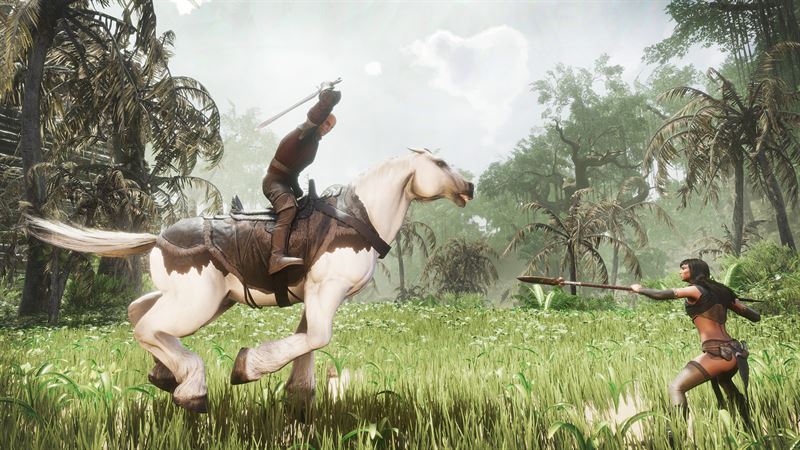 In today's press release Funcom announces that a free update to Conan Exiles will be released in December 2019. This free update will include Mounts as well as mounted combat an a new pet leveling system.

Simultaneously, Riders of Hyboria, a new DLC (Downloadable Content) for Conan Exiles, will be released as part of the Year 2 Season Pass. This ninth DLC for Conan Exiles will offer a wider range of mounts and armor.

Riders of Hyboria will be available on PC, Xbox One and PlayStation 4 for USD 9.99. Prices will differ depending on local currency and the region in which the units are sold.

Funcom will reveal more information about mounts and the mount system in the weeks leading up to the release.

To read the full press release and view the teaser video, please visit the News Section of the Funcom website (http://pr.funcom.com/)