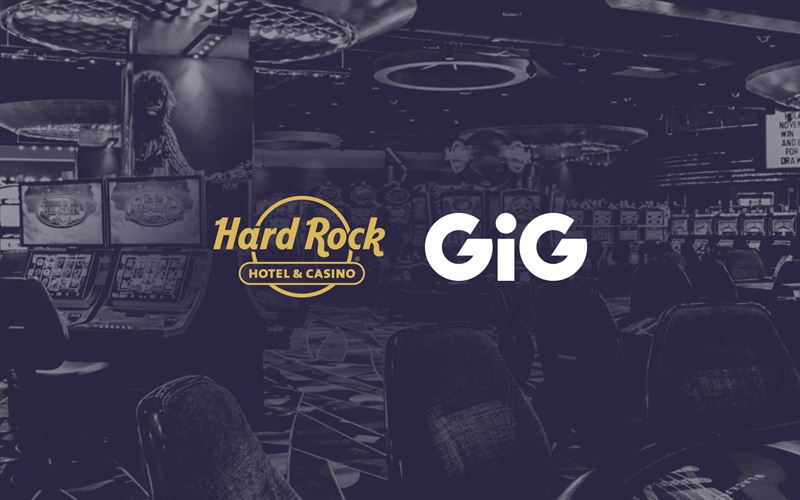 Gaming Innovation Group Inc. (GiG) has reached an agreement with its partner, Hard Rock International (Hard Rock), to support its market entry with sports betting in the US state of Iowa. The sportsbook will initially launch with an over-the-counter solution on the casino floor at the Hard Rock Hotel & Casino Sioux City in Iowa. This will be followed by the launch of online and mobile sports betting in Iowa, expected in Q4 2019.

In Iowa, Hard Rock will offer a similar seamless and engaging betting experience for its consumers as it has already delivered in New Jersey, with an omni-channel sportsbook solution based on GiG’s modern and flexible technology.

For GiG, this means the Company will be able to leverage its platform in the US adding more scale to its network and revenues to the business. GiG already has the groundwork done in New Jersey after a successful proof of concept suitable and relevant to the American audience.

Iowa is one of the 12 states in the US legalising sports wagering since the US Supreme Court overturned the federal sports wagering ban in 2018. In August this year, the Iowa Racing and Gaming Commission (IRGC) authorised the 19 casinos in the state to offer statewide retail, online and mobile sports betting to consumers aged 21 or over. Iowa has approximately 3.2 million inhabitants and should also benefit with visitors from neighboring states such as Nebraska and Minnesota. It has an estimated mature sports betting market valued at revenues of around $160 million based on the total amount of money wagered by consumers. The tax rate on the sports betting revenue is 7.5%.

GiG expects this agreement to have limited impact on its revenues in 2019, with an increasing contribution from the launch of online and mobile betting in 2020 onwards.

“Offering sports betting through GiG provides our players and guests a new level of engagement – we couldn’t be more thrilled to be launching in Iowa,” Jim Franke, General Manager of Hard Rock Hotel & Casino Sioux City.

Richard Brown, acting Chief Executive Officer of GiG says, “After a successful launch in New Jersey, I am delighted to further deepen the relationship with Hard Rock, delivering on our strategy to grow with our partner by entering a new state in the US with our sportsbook. The agreement is both a testament to our know-how and prowess to lead a land-based casino into the digital world of betting, and a strong validation of GiG’s commercial and product delivery capabilities. We are looking forward to growing with our partner long term. We have mutual ambitions to entertain consumers with a safe and exciting first-class sports betting experience.”

This information is information that Gaming Innovation Group Inc. (GiG) is obliged to make public pursuant to the EU Market Abuse Regulation. The information was submitted for publication, at 10:30 CEST on 20 September 2019.

With venues in 74 countries spanning 248 locations that include owned/licensed or managed Hotels, Casinos, Rock Shops® and Cafes - Hard Rock International (HRI) is one of the most globally recognized companies. Beginning with an Eric Clapton guitar, Hard Rock owns the world's most valuable collection of music memorabilia at more than 83,000 pieces, which are displayed at its locations around the globe. In 2018, Hard Rock International was recognized as a Forbes Magazine Top Employer for Women and Land Operator of the Year at the Global Gaming Awards. In 2019, Hard Rock International was honored as one of Forbes Magazine’s America’s Best Large Employers, Forbes Magazine’s Top Employers for Women and No. 1 in J.D. Power’s 2019 North America Hotel Guest Satisfaction Study among Upper Upscale Hotel Chains. Hard Rock destinations are located in the world’s greatest international gateway cities, including its two most successful flagship properties in Florida and home to the world’s first Guitar Hotel® in South Florida, where its headquarters are located. The brand is owned by HRI parent entity The Seminole Tribe of Florida. For more information on Hard Rock International visit www.hardrock.com