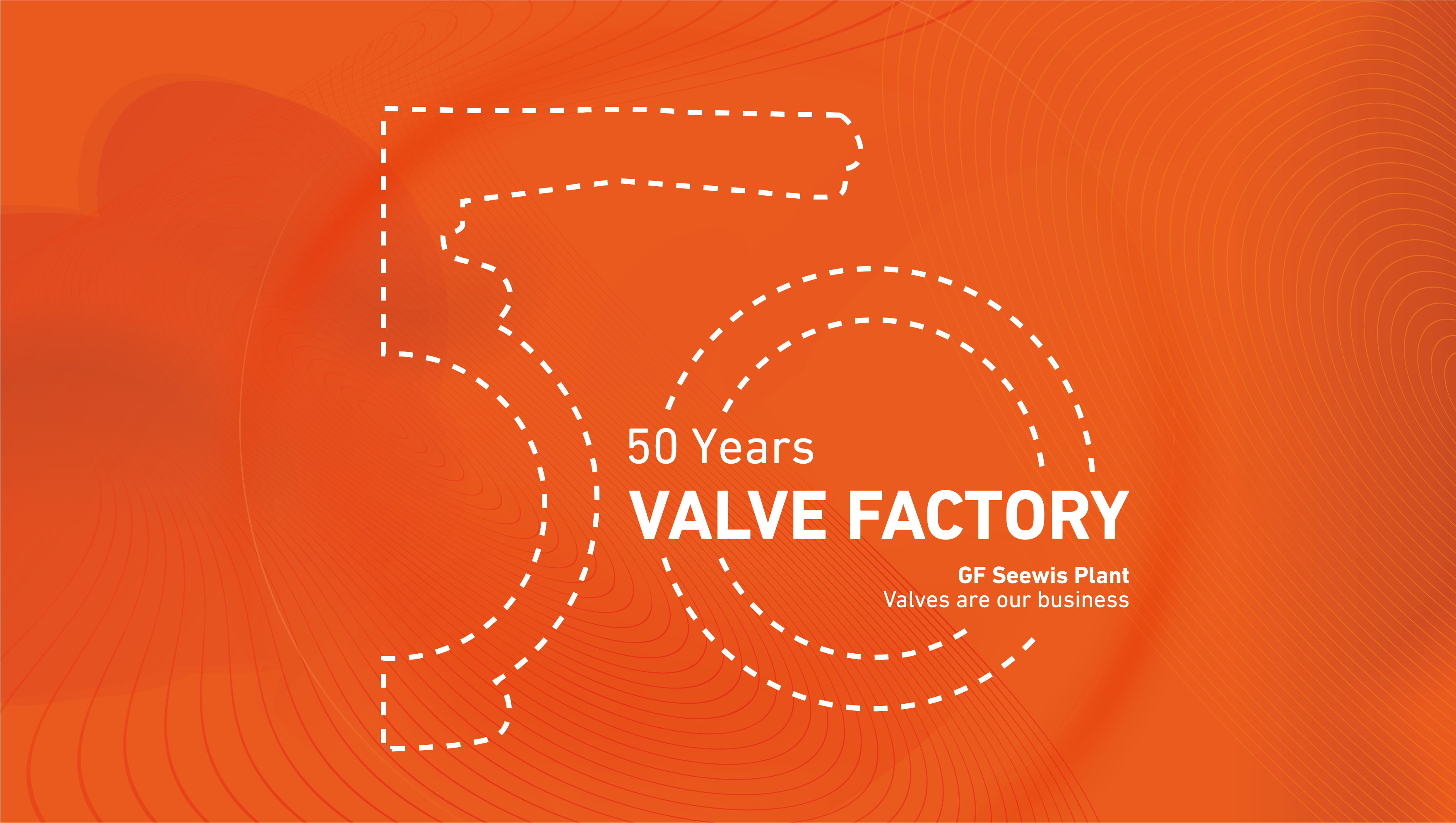 GF Piping Systems' factory in Seewis (Switzerland), celebrates its 50th anniversary as a high-tech plastic valve and actuator manufacturer. The team has pioneered many firsts, transforming and sustainably leading the plastic valve industry.

What started as an idea during a foggy day at the edge of the forest in 1967 is today an almost fully automated injection-molding site, hosting 170 team members in GF Piping Systems' flagship valve and actuator producing facility.

Thanks to the great progress in manufacturing technologies, automation, and robotization since its inauguration in March 1971, the company continues to produce to the highest quality standards, providing highly skilled jobs in automation and information technology, plastics technology, and polymechanics to the surrounding community.

"In our 50th anniversary year, the innovations made in Seewis continue to set a benchmark for our industry and showcase the capabilities of the people of Graubünden, that is the secret ingredient behind the factory's success," says Andreas Pauli, Head of Plant Seewis for GF Piping Systems. "The pioneering NeoFlow pressure regulating valve (PRV), developed to support utilities in fighting leakage and water losses, and the all-plastic Butterfly Valve 565 that will help to revolution the water treatment market; as a cost-effective, corrosion-free lightweight alternative to metal are great examples."

To celebrate the 50th anniversary, the Seewis plant entrance has been redesigned, ready for the return of post-covid customer visits and maybe one or the other new talent from the region. GF is proud to support, among them, Graubünden's star, World Champion freestyle skier and GF ambassador Andri Ragettli.

Find out more about one of the most modern GF Piping Systems factories in the world, its employees, and products  www.gfps.com/seewis

It all started back in 1967, when Giuseppe Kaiser, then Chairman of the Board of Directors of Georg Fischer, and Dr. Ulrich Gadient, Member of the Council of States for the Canton Graubünden, got together on that foggy morning. The two of them came up with the idea of promoting the economy in the mountainous canton of Graubünden.

The factory in Seewis started its first production with 30 employees to supply the emerging European Free Trade Association (EFTA) markets. Officially inaugurated on 30 September 1971, within the first year, the two ball valves 340 and 342 are first produced in Seewis.

With the Ball Valve Type 346 in 1984, GF Piping Systems set new standards for product diversity. The ball valve is installed radially with real screw connections and offered in various materials and connection options. It is easy to maintain and the first of the x46 series. In February 1994, component assembly of the Ball Valve Type 346 commenced; other types followed.

With the launch of the Ball Valve 546 in 2003, GF Piping Systems introduced another innovative product that combined the latest technological findings with over 40 years of GF Piping Systems plastic piping know-how.

By adding pressure regulating valves in 2014, GF Piping Systems expands its portfolio with a new type of valve. Thanks to a sophisticated, patented cartridge design, the unique plastic PRVs 582 and 586 are flexible and easy to maintain.

In 2018 the first Smart Actuator left the production, rounding off the company's complete system offer and proving GF Piping Systems is ready for digitization. The smart version of the standard drive enables easier visual inspections and is configured, controlled, and diagnosis via an app, saving operators time and costs in maintenance.

Sixteen years since its introduction, in 2019, GF Piping Systems launched the redesigned Ball Valve 546 Pro. The new generation of a classic, with lockable lever, data matrix code, and modular design as standard, ensured the ball valve was fit for the future.

Latest innovations – made in Seewis, Switzerland

Butterfly Valve 565 – beats metal in every round.

Butterfly valves made of plastic have already proven superior to metal butterfly valves in almost every respect, thanks to higher corrosion resistance and lighter weight. Now GF Piping Systems launched a new generation that also beats metal in terms of cost-effectiveness.

"We're extremely proud of the continuing standards of quality and innovation that our Seewis team can deliver," confirms Thomas Kuessner, Head of Valves for GF Piping Systems. "The new highly-reliable Butterfly Valve 565 is another fine example. Produced according to our high Swiss quality standards in Seewis and it is the best choice for optimizing piping systems built for water applications and a wide range of other applications."

This new generation of valves comes at a significantly lower initial cost. It will save even more thanks to its lower static weight, requiring less energy for operation and transportation. Installing the Butterfly Valve 565 is quick and easy, and thanks to its extremely high durability, it will be almost maintenance-free during its long service life.

GF Piping Systems is the leading flow solutions provider worldwide, enabling the safe and sustainable transport of fluids. The company specializes in plastic piping systems and system solutions plus services in all project phases. GF Piping Systems has its own sales companies in 31 countries, which means it is always by its customers' side. Production sites in 36 locations in America, Europe, and Asia ensure sufficient availability and quick, reliable delivery. In 2020, GF Piping Systems generated sales of CHF 1'708 bn and employed 6'893 people. GF Piping Systems is a division of Georg Fischer AG, which was founded in 1802, and is headquartered in Schaffhausen, Switzerland.