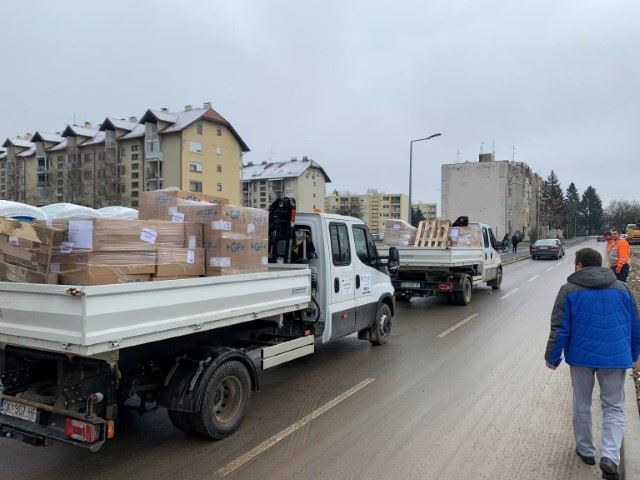 On 29 December 2020 central Croatia was hit by strongest earthquake in 140 years and the three waterworks of the cities Sisak, Petrinja and Glina were heavily damaged. With the help of their Croatian partners PTMG, GF Piping Systems organized the donation of 5'000 pieces of ELGEF Plus Fittings in various sizes to help repair and replace the damaged water pipes as fast as possible and to ensure sustainable water transport.

The earthquake with a magnitude of 6.4 Mw hit central Croatia was the strongest recorded in 140 years, with the epicenter located 3 km west-southwest of the city of Petrinja. The adversely affected areas were mostly in the Sisak-Moslavina County, but the strength of the earthquake was felt in all surrounding countries, even in Austria and Germany. The cities Sisak, Petrinja and Glina along with their surrounding villages were badly damaged, while the center of Petrinja was totally destroyed. The earthquake caused shifts of soil with an amplitude of up to 70 centimeters. The water distribution for the affected areas is provided by three waterworks: for the city of Sisak – Sisacki Vodovod, for the city of Petrinja – Privreda Petrinja and for the city of Glina – Vodovod Glina. Together, they manage almost 600 km of water pipelines.​After the earthquake, Sisacki Vodovod managed to deliver water to all habitants, despite numerous water leakages that resulted in a total water loss of almost 3'000 cubic liters per day. But even 30 days after the earthquake, Privreda Petrinja was still not able to produce water because their water stations were destroyed and they are dependent on Sisacki Waterworks. Vodovod Glina's warehouse collapsed and they had to ask for instant help from the surrounding waterworks. All three waterworks are trying to locate damaged existing pipes. Their next step will be to replace damaged pipes with more suitable material for earthquakes, such as PE material.​The donation of almost 5'000 pieces of ELGEF Plus Fittings in various sizes from GF Piping Systems will be a tremendous help to start repairing and replacing the damaged water pipes. It helps the waterworks to act fast and eliminate the water loss that was caused by the earthquake. ELGEF Plus is the correct choice for all water, gas and multiple industrial pressure applications. Corrosion-free, low weight, high chemical resistance, low overall costs and an extensive service life of installations are just a few of the many advantages of the ELGEF Plus system. The extensive customization of ELGEF Plus products, coupled with the system’s flexibility, offers decisive advantages.Using PE material will be a resilient and sustainable flow solution for the future. 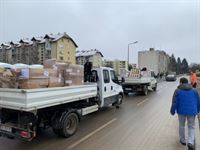 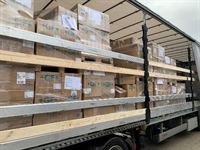