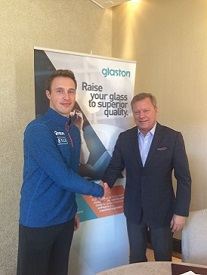 Glaston has entered into a cooperation agreement of at least a two years’ duration with Finnish tennis player Henri Kontinen. The 26-year-old Kontinen, who grew up in Tampere, currently occupies fifth place in the ATP doubles ranking list.

The parties to the agreement are connected by long-term commitment, high expertise and international presence.
“We have both set out from Tampere towards international playing fields. There, competition is very intense, but with determined work we have reached a high level in our respective areas of expertise. Glaston, like Henri, has focused on developing and strengthening its own skills over the long-term, and in this way has reached a peak position internationally,” says Glaston's President & CEO Arto Metsänen.

Over 95% of Glaston’s sales come from outside Finland and, as the global market leader, the company represents the highest quality and technology in its sector. Kontinen, who represents the absolute peak in his sport, is perfectly suited to this operating concept.

A product of the Tampere Tennis Club, Kontinen will next play in the BNP Paribas Open tournament in Indian Wells, USA, 9-19 March 2017, partnered by Peers.


Glaston Corporation
Glaston is a leading company in glass processing technologies. We provide high-quality heat treatment machines and services for architectural, solar, appliance and automotive applications. We are committed to our customers’ success over the entire lifecycle of our offering. Moreover, we continuously innovate and develop technologies to enable the glass processing industry to reach ever higher standards in quality and safety. Glaston’s shares (GLA1V) are listed on NASDAQ Helsinki Ltd. Further information is available at www.glaston.net 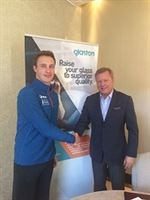