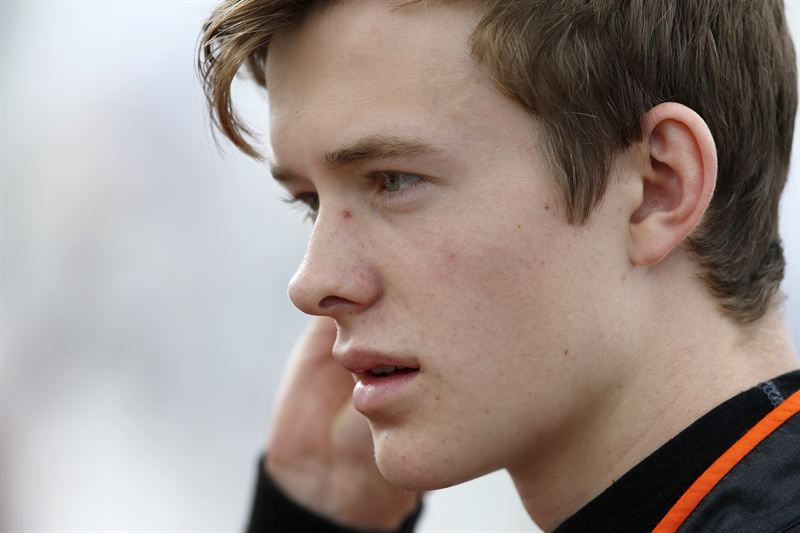 British driver Callum Ilott will have his first experience of GP2 machinery at the upcoming GP2 test in Abu Dhabi on December 1st and 2nd. Ilott, 18, who recently confirmed he would drive for PREMAPowerteam in the 2017 FIA European F3 Championship, was invited to test on days two and three of the official sessions by the crack ART Grand Prix outfit. “The chance to test a GP2 car was something I just couldn’t miss,” says Ilott. “It’s a category I will be looking to for the future so a chance to get a decent amount of seat time is something I jumped at.  With our plans for 2017 already in place and secure, I can also just enjoy the experience.”

The test will be Ilott’s first taste of both a GP2 car and the Abu Dhabi track and he is looking forward to sampling roughly three times the power of his usual Dallara F3 machine. “The GP2 car appears more physical to drive and the chance for some more power is always welcome. It’s a lot quicker on the straights and more raw, which I like the sound of,” adds Ilott. “GP2 also needs a very different tyre strategy to what I am used to. As a driver I’m interested to see how that actually works in practice and how I am able to manage them over longer runs.”

The test at the Yas Marina Circuit follows the final rounds of the GP2 Series at this weekend’s Etihad Airways Abu Dhabi Grand Prix. As part of his preparations Ilott will also attend the Grand Prix with the ART Grand Prix squad. “Being my first time with both the team and car I wanted to get to know as much as possible ahead of the run and make the most of the opportunity.”

Based in the UK and still in full-time education at Haileybury, Hertford, 17-year-old Callum Ilott is one of Britain's upcoming young driving talents. At 12, he secured his first British national karting championship and just one year later dominated the international under 15s KFJ category with multiple championship wins and was nominated as the youngest ever WSK Driver of the Year in 2012. Aged 15, he won the CIK-FIA European Karting Championship, the WSK Super Master Series and finished fourth in the CIK-FIA World Championship. Aged 16, Callum was Red Bull’s first ever driver to progress from karts to F3 to race in the FIA F3 European Championship securing a podium at the Nürburgring. In 2016 he will return to the championship with experienced Dutch team VAR.