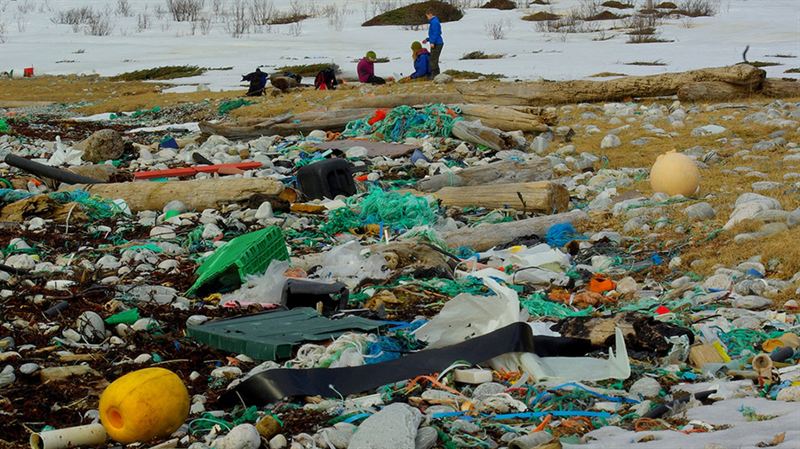 The Regional action plan for marine litter and the Recommendation on the conservation of threatened species in the Baltic Sea are both expecting adoption this week as the highest body of HELCOM, the Annual Meeting, convenes in Helsinki, Finland. The delegates of the Contracting Parties of the Helsinki Convention, representing the nine coastal Baltic countries as well as the EU, will also address the process on effective regional work between HELCOM and the EU Strategy of the Baltic Sea Region, as the revision of the Action Plan of the Strategy is about to be finalized soon.

Marine litter is a growing concern globally as well as regionally, and the HELCOM Recommendation on Regional Action Plan on Marine Litter is the first comprehensive approach to the problem in the Baltic Sea region. The HELCOM commitment from 2013 is to achieve a significant quantitative reduction of marine litter by 2025, compared to 2015.  The plan integrates the actions required at regional level as well as the national actions by countries according to their needs. Special measures are addressed to the top-10 items found in the Baltic Sea as well micro-plastics. The document also highlights the importance of environmental education and recommends coordinated monitoring programmes for the common marine litter indicators.

The marine litter action plan, to be successfully implemented, will require the countries' leadership for specific actions as well as wide involvement of stakeholders in the region. Close cooperation with other Regional Seas Conventions, and the EU Strategy for the Baltic Sea Region, has also been brought up as a way to realize a wide ranging measures.

The 36th Annual Meeting, held on 3-4 March, will also follow up on the recent HELCOM proposal to institutionalize the cooperation under HELCOM policies and the EU Strategy for the Baltic Sea Region, for better defining the complementarity of the roles and specific tasks. As both in HELCOM and under EUSBSR there are shared action areas, more systematic cooperation will save resources and add to the efficiency in reaching the mutual goals.

Other key topics under negotiations:

-         Finalization of the HELCOM Recommendation on sustainable aquaculture. Substituting the existing HELCOM Recommendation (25/4) aims to limit potential environmental impacts of aquaculture activities such as the introduction of non-indigenous species, ecological and genetic impacts on wild fish stocks from unintended releases of farmed species, nutrient pollution, as well as introduction of antibiotics and other pharmaceuticals. Aquaculture, including fish farming, is a growing food production industry that continues to have large potential for green technologies and environmentally friendly production methods, both in marine and fresh waters.

-         Adoption of the Revised HELCOM Guidelines for Management of Dredged Material at Sea.

-         Adopting the revised HELCOM Recommendation 25/7 on safety of winter navigation in the Baltic Sea Area, including a new harmonization of approximate correspondence of ice classes

-         Finalization of a work plan to improve regional coherence, in the implementation of different marine policies to reach Good Environmental Status

-         Cooperation with other Regional Seas Conventions and organizations – newest developments

Meeting site. All documents will be public after the meeting

* * *
Note for editors
The Baltic Marine Environment Protection Commission, usually referred to as HELCOM, is an intergovernmental organization of the nine Baltic Sea coastal countries and the European Union working to protect the marine environment of the Baltic Sea from all sources of pollution and to ensure safety of navigation in the region. Since 1974, HELCOM has been the governing body of the 'Convention on the Protection of the Marine Environment of the Baltic Sea Area', more commonly known as the Helsinki Convention.