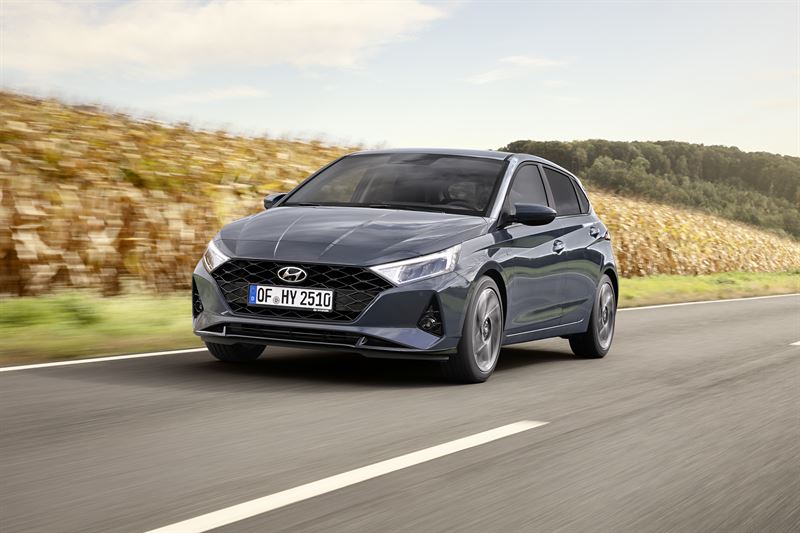 The Hyundai i20 has received another prestigious award. Hyundai’s B-segment hatchback, the third generation of which launched last year, has been named “Company Car of the Year 2021”.

We are very pleased that we were able to convince the jury of experts with the latest generation of i20. For us, the award is once again confirmation that the i20 currently offers the best overall package in the B-segment for both private individuals and fleet customers.

The title was awarded by the German special interest magazine Firmenauto (“Company Car”). A jury of 165 fleet experts, fleet journalists and fleet managers were called to cast their votes between March and May 2021. Winners were declared in 20 different categories. In each case, an overall winner and a winner of the “import” category were chosen. Following its success in 2015 and 2016, the Hyundai i20 secured the title in the “import” category of the compact car segment for the third time this year.

Advanced technology makes Hyundai i20 stand out from the crowd

The third generation of the Hyundai i20, which already won the “Golden Steering Wheel” award last year in the category “cars up to EUR 25,000”, is characterised by modern connectivity and safety technology. For example, the hatchback comes with a wide range of Hyundai SmartSense advanced safety features as standard. These include Lane Following Assist (LFA) and Lane Keeping Assist (LKA), autonomous emergency braking technologies including Forward Collision-Avoidance Assist (FCA) with pedestrian and cyclist detection, High Beam Assist (HBA), and Intelligent Speed Limit Assist (ISLA).

In Baltic countries the i20 engine line-up includes two gasoline engines, including the 1,0 T-GDi with fuel-efficient 48-volt mild hybrid technology. In addition to the three trim levels Fresh, Comfort and Style, the i20 is now also available as an N Line version, which features several sporty interior and exterior design elements.

About the “Company Car of the Year” award

The vote for “Company Car of the Year” takes place once a year. The jury largely consist of experts from the German fleet market. Fifty-three per cent of jury members look after fleets with more than 100 vehicles, while 26 per cent are responsible for between 50-99 passenger cars. Thirty-eight per cent, meanwhile, look after smaller fleets. In total, the jury members represent companies with around 179,000 passenger cars and around 25,000 vans.