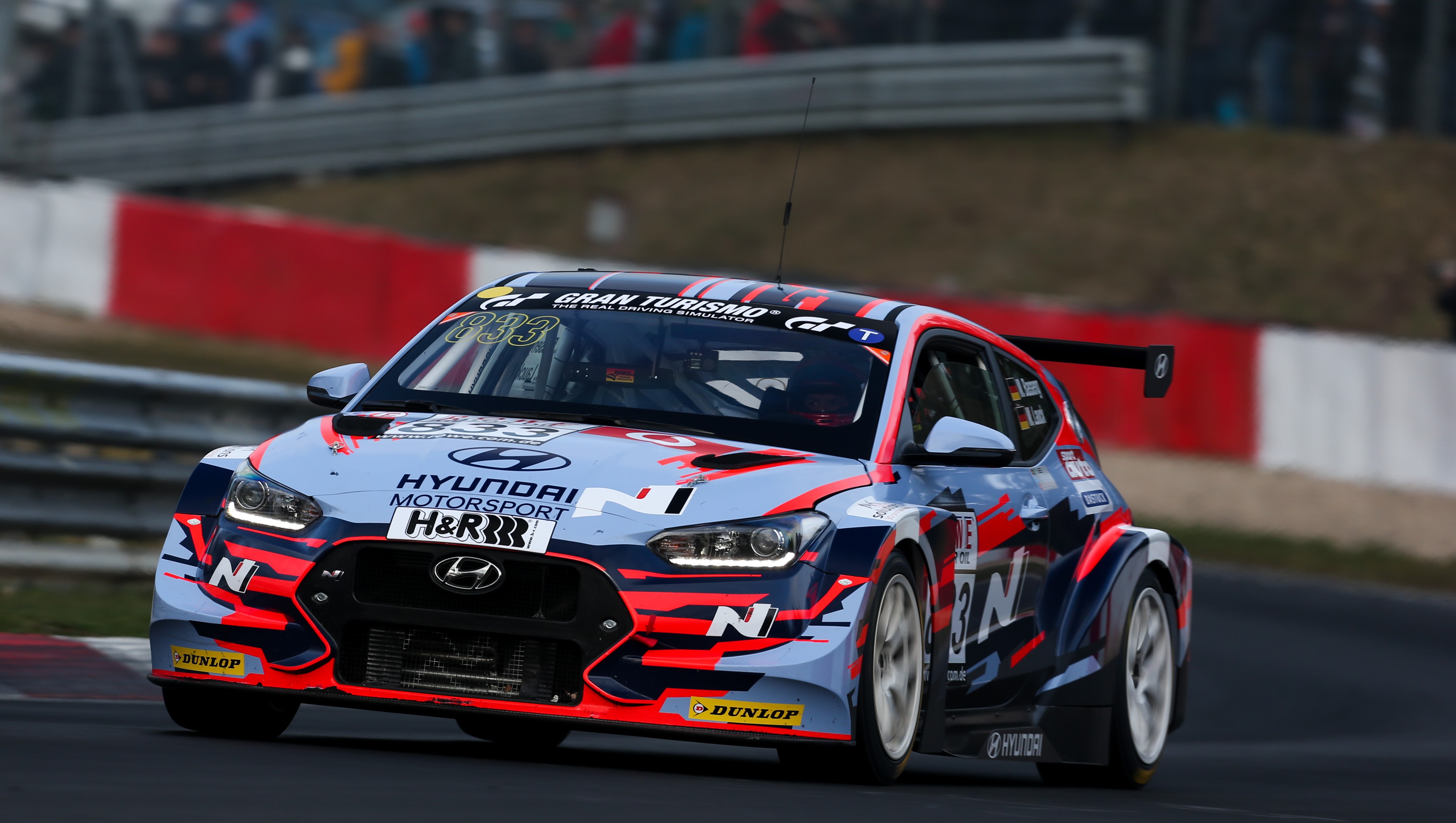 For the Qualifying Race weekend the Hyundai Motorsport N team will enter the two TCR-specification packages – the Hyundai i30 N TCR and Veloster N TCR – built by the company’s Customer Racing department in Alzenau, Germany. Both cars have already had success on the Nordschleife this year in VLN competition, finishing second and third respectively in class at the season opening race. Last year, also, Hyundai left the Nürburgring with a good result, with i30 N TCR taking top three results on three occasions during 2018 – including a double podium in the Qualifying Race.

Both chassis will carry the standard endurance pack that is available to customers. The proven two-litre turbocharged engine and six-speed sequential gearbox remain, but an ABS system is fitted, and the cars equipped with a fast refueling kit to enable mechanics to fill the tank in the pitlane. In the 24 Hour Race additional lights will be fitted for the night running.

For the six-hour event – the longest Hyundai Motorsport has attended this season – a very strong line-up has been assembled, with each car to be shared by three drivers. In the i30 N TCR Nürburgring specialist Andreas Gülden will rejoin the team, having been part of the line-up that finished second a year ago. He will join two other members of that squad – Manuel Lauck and Peter Terting – in the search for class victory on the famous track.

Terting is now a familiar face in Hyundai TCR machinery. Not only was the German part of the Hyundai team for the Nürburgring events last year when he set the TCR lap record for the event in qualifying, but he has also driven the i30 N TCR in sprint competition in both TCR Europe and TCR Korea. Lauck, a multiple Nürburgring 24 Hours class winner, began his 2019 season at the track as part of the squad to give the Veloster N TCR its European debut in VLN1, but will return to the more familiar surrounds of the i30 N TCR for the longer race.

Marc Basseng, Lauck’s co-driver in the Veloster for VLN1, and a previous overall winner of the 24 Hours, heads the trio in the car for the Qualifying Race weekend. He will be joined by Nico Verdonck – another member of the Hyundai team to boast class wins at the Nürburgring, his coming in 2017 and 2018 - and Moritz Oestreich, the pair hoping for more track time after their planned race debut in the car at VLN2 was cancelled due to heavy snow at the track.

For the Nürburgring 24 Hours both crews will grow to four drivers, with the additional assignments to be announced ahead of that event.

Hyundai Motorsport Team Director Andrea Adamo said: “We have already had good results at the Nürburgring Nordschleife last year and also so far this season. The drivers that will race both the Hyundai i30 N TCR and Veloster N TCR present a very strong line-up for the Hyundai Motorsport N team, and so have a great chance at adding to our short, but successful, history of competing on the circuit. However, we know that endurance racing, especially on the Nordschleife, is a tough task. We take nothing for granted. This is why we have prepared fully for these events by competing in the VLN series and working hard away from the track to make sure the cars are well suited to the challenges ahead.”

Hyundai will also enter i30 Fastback N at challenging events

In addition, Hyundai Motor will also be entering the i30 Fastback N in the VT2 class of the challenging endurance events to demonstrate its durability and racetrack capability. Hyundai’s N division constantly tests its models under the most severe circumstances, and the Nürburgring 24 Hours weekend has proven to be a useful testing ground for the brand in the past. In 2017, the brand entered two close-to-series-production i30 N models in the 24 Hours race for final testing ahead of its market launch.

The i30 Fastback N’s four-strong crew, Hyundai team Engstler will consist of two professional and two media drivers. The professional drivers include 19-year-old Luca Engstler, who competes in the 2019 Customer Racing Juniors, which is Hyundai Motorsport’s young driver programme. Alongside him is Franz Engstler, who draws on over 30 years of experience in touring car racing.

Meanwhile, AutoBild journalist and test driver Guido Naumann heads up i30 Fastback N’s media drivers. A veteran of endurance racing, Naumann holds an International C racing license and has competed in the Nürburgring 24 Hours ten times since 1998. He is joined by Korean professional driver and automotive TV presenter Byung-hui Kang, who has competed at the event three times previously, and was the 2018 TCR Korea champion in an i30 N TCR.