Offering an affordable, portable, and effective workout system for all walks of life

BodyFly Fitness, the maker of the revolutionary BodyFly workout system, has announced the unveiling of their new crowdfunding campaign on Kickstarter.com.

The crowdfunding campaign went live on Kickstarter October 7, 2013, and will continue on until November 6, 2013. Currently the goal is set at $150,000, so BodyFly Fitness can bring their design from concept to reality in the fitness industry.

BodyFly’s system was crafted using over 30 years of elite physical training experience -- both in the professional and military sectors. The individuals behind the BodyFly product are passionate about life-long health, which is why they designed a product that can give clients a full body workout with a single lightweight, portable machine. It is their goal to help people workout no matter where they are or how much time they have to spend.

“We want to provide an effective, beneficial full body workout system that isn’t limited by how much space you have or where you are,” states co-founder Andrei Carnes. “Our team consists of professional sports trainers, military trainers and health enthusiasts, and we’ve pooled our knowledge to create a product that we hope will change the way people see workout systems.”

Contributors to the BodyFly Fitness product fund will receive perks and have plenty of options to choose from. Right now the company’s goal of $150,000 will help complete the design and release their prototype. By December they plan on releasing a fully-testable prototype, and by March 2014 they plan on manufacturing units for delivery. Contributions can be as little as $1 or as high as $5,000. Some perks contributors can look forward to include BodyFly t-shirts, hoodies, a BodyFly Pro, and a weekend on the beach for a lesson with the BodyFly team.

BodyFly Fitness started as a collaboration between two men who wanted to change the way full-body fitness occurred. Both former military, Kareem Smith and Andrei Carnes set out to create a fitness tool that gives a full body workout without the confines of traditional cable machines. Today Smith and Carnes have developed a prototype and that same prototype has been used in the 2013 San Diego National Physique Committee Competition Physique class. Learn more about BodyFly Fitness by visiting their website, following them on Facebook or visiting their crowdfunding campaign on Kickstarter.com. 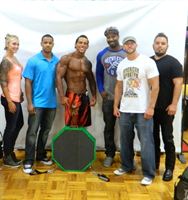 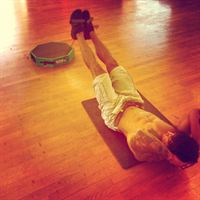 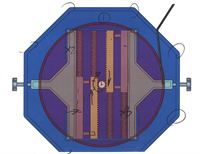 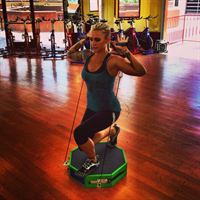 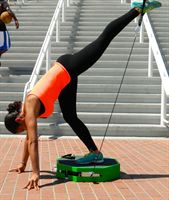