How we celebrate International Women’s Day in BauhausLand 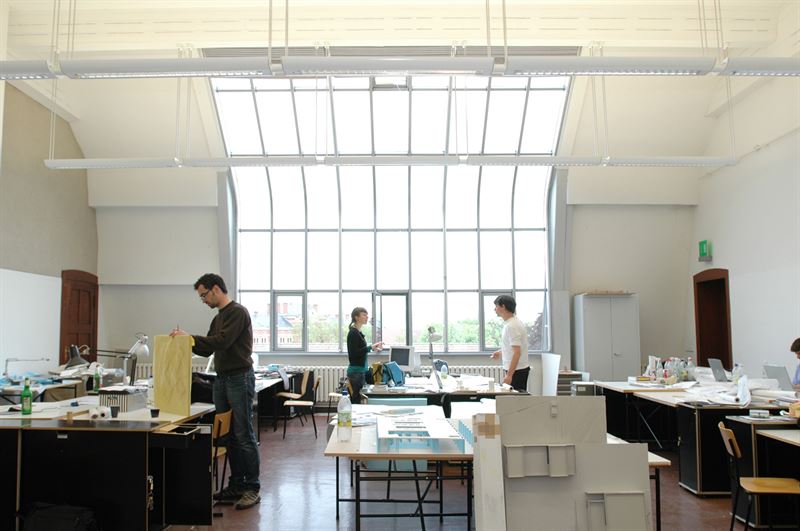 Women in the Bauhaus movement: Discover who they were and what they did.

When an exhibition by Bauhaus artist Anni Albers opened in London recently, art critics gave the show five stars. Albers’ textiles, wall-hangings and “pictorial weavings” were a revelation. But she was not the only female artist in the Bauhaus. Now, as the world marks the 100th birthday of this revolutionary design movement, the contributions of its women designers are in the spotlight. In BauhausLand (the German federal states of Thuringia and Saxony-Anhalt), women, such as Albers, Gertrud Arndt and Marianne Brandt are being celebrated. And, a couple of hours to the north, Berlin, another Bauhaus hotspot, has declared International Women's Day (March 8) to be an official public holiday.

When Walter Gropius created the Bauhaus school in Weimar in 1919, everyone was welcome “without regard to age or sex.” In fact, more women than men applied! Anni Albers studied weaving and went on to be a brilliant and influential textile designer. After fleeing Germany, she based herself at Black Mountain College in Asheville, North Carolina, USA.

Albers had studied under Gunta Stölzl. She was the head of the Bauhaus weaving department and one of only six women in the 45-strong faculty. Stölzl transformed her students into a full-on, professional, industrial design unit. For example, they designed and wove the blankets for the beds in Dessau’s student dorm. The Bauhaus Dessau Foundation has a fine collection of Stölzl’s textiles.

The „Bauhaus Girls“: Innovation in art and design

Marianne Brandt. Her creations, from coffee sets to the “Kandem” bedside lamp, not only looked stylish, but also sold well. In the early 1930s, photographer Gertrud Arndt took striking self-portraits. Often, she would put on masks, veils or hats for what were, arguably, the world’s first “selfies.” These two artists, along with ceramicist Margaret Heymann and graphic designer/weaver Margaretha Reichardt are celebrated in the “Bauhaus Girls” exhibition at the Angermuseum in Erfurt (24th March-16th June). Nearby, in the Margaretha Reichardt House, you can watch weaving demonstrations on the hand looms that Reichardt herself once used.

In Halle (Saale), designer-weaver Benita Koch-Otte put the Burg Giebichenstein University of Art and Design on the map. Today the “Burg” is still one of Germany’s leading-edge art colleges. These pioneering women not only influenced academic thought, they also influenced fashion. In Magdeburg, the Hairdressing Museum has a special exhibition focusing on the “Bubikopf,” the short “bob” hairstyle that was so popular in the Roaring Twenties (opens 9th March).

This year, two exciting brand-new museums open as part of the Bauhaus centenary: the Bauhaus Museum Weimar (from April) and the Bauhaus Museum Dessau (from September). On show will be contributions by even more outstanding “Bauhaus women”, with sculptures by Ilse Fehling, ceramics by Marguerite Friedländer-Wildenhain and children’s furniture and toys designed by Alma Siedhoff-Buscher. In fact, one of the most popular souvenirs at the Bauhaus Dessau Foundation gift shop is the "Little Shipbuilding Game" that Siedhoff-Buscher created back in 1923!

Exploring BauhausLand is easy with special cards that provide discounts on admission to major attractions. Use the WelterbeCard in the Heritage Region around Dessau and, in Thuringia, the Weimar Card, Thuringia Card and, new this year, BauhausCard 2019.

How we can help

Are you looking for suggested driving routes through BauhausLand? Detailed information on Bauhaus cities? Or the perfect image? We are happy to help!

Just go to www.gobauhaus.com for free access to a variety of useful resources, from information about Bauhaus to Travel tips and Events in 2019. For the latest news, click on “Stay Tuned” and register for newsletters and stories. 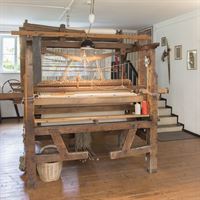 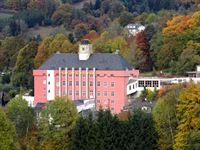