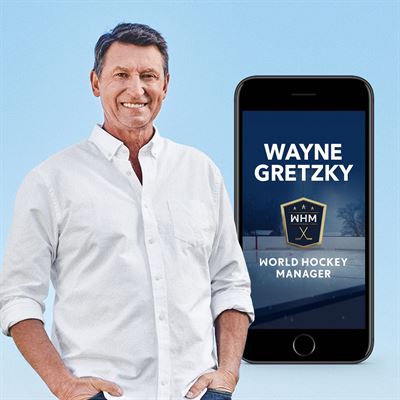 The Swedish mobile game developer Gold Town Games is proud to announce that Wayne Gretzky has become the global ambassador for World Hockey Manager as well as an equity partner in Gold Town Games.

Wayne Gretzky says – ”We really enjoy playing World Hockey Manager and I think the game has great potential to bring joy to hockey fans. I am looking forward to becoming the global ambassador and spreading knowledge about the game and the interest of ice hockey.”

– To collaborate with one of the greatest athletes in history is the beginning of a new chapter for Gold Town Games. It is a natural step in line with our vision, being a world leader in mobile sports manager games, says Pär Hultgren, CEO of Gold Town Games.

For sports fans, Wayne Gretzky needs no further introduction. Nicknamed “The Great One”, he is considered to be the world’s best ice hockey player ever. Gretzky led the Edmonton Oilers to four Stanley Cup titles and still holds 61 individual NHL records, including the most goals and assists of all time. His classic number 99 jersey has been retired throughout the NHL. After his playing career, Gretzky continued as co-owner and head coach in the NHL and won Olympic gold as director of Canada’s national team.

– Wayne Gretzky’s extensive hockey career as a player, leader, coach and owner directly matches the complete user experience in WHM. With him as the game’s global ambassador, we will continue to develop and create an even stronger gaming experience, which will increase our users’ commitment and eventually our revenue, Hultgren continues.

– When we began the conversation with Gretzky’s management team about a potential ambassadorship a while ago, neither of us could have dreamt that it would lead to a collaboration of this magnitude. Wayne Gretzky’s desire to become a co-owner of Gold Town Games is fantastic. This collaboration will increase our chances of reaching deeper into the North American market and attract other interesting partners, Pär Hultgren concludes.

Read more about the company and see the interview with CEO Pär Hultgren: http://bit.ly/2ILk8D5

GOLD TOWN GAMES AB is a game development company based in Skellefteå. The company, which is headed by CEO Pär Hultgren, consists of 20 professionals with experience of free-to-play, which is the dominant business model in the mobile gaming industry. The company focuses on sports management games for the two most significant mobile platforms iOS (Apple) and Android (Google). The company launches its second game, World Football Manager, in 2019. The goal is to continue to develop the popular hockey manager game World Hockey Manager and use the proprietary technology and design platform for more manager games in team and arena sports. 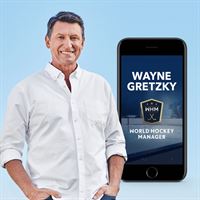