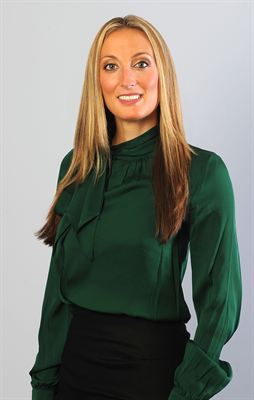 A federal bankruptcy judge has ruled that the alleged victims of sexual abuse during a United Airlines mentoring program in Chicago in the 1990s can proceed with a civil action against the airline in state court.

Chicago - April 4th 2014 - Seven male adults who participated in a United Airlines mentoring program as children claim that they suffered years of sexual abuse at the hands of a mentor, Marvin Lovett, who they thought would help them obtain college scholarships.

The Attorney representing the alleged victims, Lyndsay Markley, believes that the number of victims could actually exceed 25.

The abuse started when the plaintiffs were 6th and 7th grade students at James Weldon Johnson Elementary School in North Lawndale, Chicago – and continued until they were between 16 and 17 years old.

One of the Believer’s Program participants, Sylvester Jamison, shot Lovett to death in his apartment in 2000. Jamison – then aged 17 – told police that Lovett had sexually abused him since elementary school. The police investigation found 140 tapes depicting sexual acts involving underage boys in the Believers program.

The airline shut down the mentoring program and failed to deliver on its promise to provide full college scholarships.  Despite United Airlines' claim to have no notice of Lovett’s conduct, at least one concerned parent claims to have complained to the airline about his behavior toward the boys as early as 1996 or 1997.  It appears that United Airlines chose to ignore these complaints.

The Attorney representing the alleged victims, Lyndsay Markley says: “So far, United Airlines has buried its head in the sand and taken no responsibility for what happened during the Believers Program. I’m determined to see that the victims get the justice they deserve.”

“This program was meant to improve the lives of disadvantaged children – not degrade them in the worst way possible.  Many of the victims eventually found the strength to come forward after watching the Pennsylvania State University/Jerry Sandusky sexual abuse scandal unfold in 2011.”

After receiving the go-ahead in federal court on March 19, 2014, Lyndsay Markley is preparing to  file the victims’ lawsuit in Cook County State Court.

Chicago-based Attorney, Lyndsay Markley, has dedicated her legal practice to fighting on behalf of persons who suffered injuries or death as the result of the wrongful or careless conduct of others. For her work as a victims’ advocate, Ms. Markley has received an array of accolades, including selection to the Top 100 Trial Attorneys in Illinois and a Top 40 Under 40 Trial Attorney for 2012-2014 by the National Association of Trial Lawyers. She has also been acknowledged by her colleagues as an Illinois’ Rising Star in 2013 -2014 (SuperLawyers’ Magazine) and as a Top Women Lawyer in Illinois in 2014 by Super Lawyers and Chicago Magazine.

For further information about this story, including interviews and comments from Lyndsay Markley, please contact Stephanie Reed on stephanie@gossipgenie.com or 773 946 9991.