Berlin, 08.11.2019. The canton of Switzerland's second largest city with 200,000 inhabitants has decided to introduce an environmental zone for Geneva and the surrounding area from 15 January 2020. This is a temporary zone that is activated during an air pollution peak with a few hours' advance and then applies between 6:00 and 22:00. One of the reasons for this measure is the high number of deaths caused by air pollution. In 2018, there were around 3,000 deaths throughout Switzerland.

Depending on the emission class of the vehicle, a Stick'Air vignette ("Macaron") based on the French Crit Air model will be required for entry into the Canton of Geneva from 15 January 2020, which will then be distributed by the authorities at cost price. Failure to comply with the new environmental regulations may result in fines of CHF 500, with a grace period until 31 March 2020. In addition to the 220,000 passenger cars registered in the Swiss canton of Geneva alone, foreign cars and trucks are also affected by these regulations. There are exceptions only for emergency vehicles, taxis and cars for people with disabilities.

The Berlin-based company Green-Zones provides information about permanent and weather-dependent (temporary) environmental zones in Europe and in the respective European countries through its portals green-zones.eu, umweltplakette.de, crit-air.fr and blaue-plakette.de, among others. Thanks to the free Green-Zones app and the professional app (Fleet-App), tourists and especially commercial users (e.g. bus and transport companies) can obtain reliable information in real time about the current environmental zones. The required badges and registrations are also available from Green-Zones. 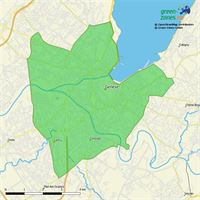