The Evolution of Wind Power in 2017 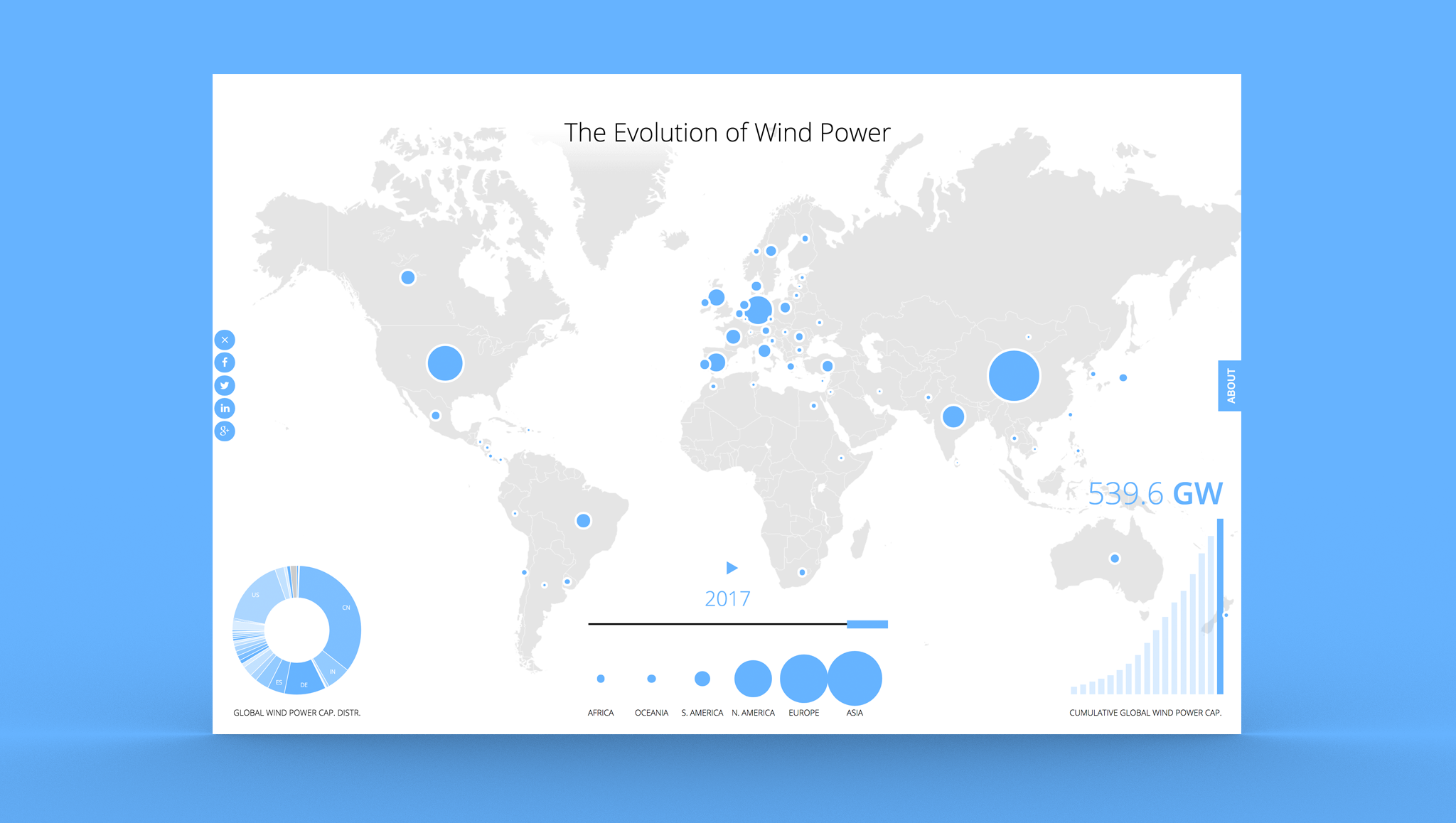 The figures are finally in and it is safe to say that 2017 was another great year for the wind industry.

The Evolution of Wind Power is the result of a cooperation between The Global Wind Energy Council (GWEC) and renewable energy software company Greenbyte. The interactive map reveals the cumulative installed capacity per country, continent and the world between 1981-2018. Let’s take a closer look at the figures and see what has happened in the past twelve months.

This year again, Pakistan almost doubled its installed wind power capacity, bringing it to 792 MW in total. Another fast-moving Asian country is Thailand—with a 50% increase in installed capacity from last year, Thailand had some of the most impressive growth in 2017 and has now reached a total capacity of 648 MW.

2017 was also a great year for Latin America. Brazil had an excellent year in 2016, adding 2GW, and still managed to add an another 2GW this year, reaching a total of 12,763 MW. Chile and Honduras both grew their installed wind power capacity by more than 25%.

Established wind power nations Germany and the USA have kept a steady growth rate with about 10% new capacity added in 2017 each.