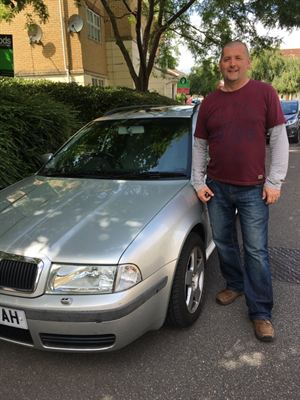 Five lucky Swindon motorists have won £2,000 worth of free car parts in a national competition by GSF Car Parts.

Local motorist, Bill Hillier won £250 in parts for his two family cars which are “creaking at the seams”.

For Bill and his wife, Alexia, their cars are absolutely essential to them as they work at opposite ends of the country. They had enjoyed happy motoring until a year ago, when both vehicles started to experience issues with clutches and exhausts.

Most of the money will be spent on a new catalytic converter and clutch for their Skoda Fabia.

“I entered GSF’s competition so that I could put the key in the ignition without having to cross my fingers and hold my breath to see if the car would start!”

David Sage was told to enter the competition by his girlfriend, Andrea, before teasing him that he would “never win”.

David has a driveway full of BMWs, and the voucher will be spent on steering components for his 3-Series 325 manual.

“My girlfriend has told me that I’m now only allowed two cars on the driveway at a time”, said David. “The money I make from selling one of the cars, plus the money that I save in buying parts is to be spent on taking her on holiday! So this voucher from GSF will definitely help with the holiday fund.”

Stuart Owen from Swindon received a voucher for £250 to spend on parts from GSF.

After purchasing numerous vintage cars that require considerable maintenance, Stuart’s submission into the competition claimed he was fearful that his wife might divorce him if he spent any more money on them!

His money is likely to be spent on engine parts for his Mercedes C-Class coupe: his ‘fun’ weekend car.

Branch manager at GSF Swindon, Emma Plant said: “The Swindon branch would like to extend their congratulations to each of the deserving winners.”

GSF Car Parts supply a full range of car parts and accessories for all makes and models.

GSF Car Parts has a successful trading history spanning over 30 years. GSF’s fast-growing retail business supplies components and consumables direct to customers’ doors and through ‘click and collect’ from a sophisticated online catalogue and e-commerce site. In many cases, customers can save up to 50% off main dealer retail prices. Today’s business was brought together in April 2000 by the German & Swedish Management Team, has its origins in a number of long standing expert car parts specialists such as Vee Wee, Autocavan, Andyspares, and URO Automotive. Since the formation of GSF Car Parts in 2000, the company developed a parts and distribution portfolio to become the UK’s largest independent parts supplier. In 2015 GSF Car Parts joined The Parts Alliance. Today, GSF Car Parts employs over 1,000 people serving the UK and Ireland through over 60 stores and over 400 GSF delivery vans, managed from centrally-located headquarters in Birmingham. 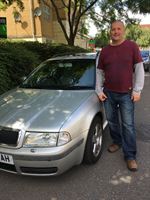