The global slowdown is increasingly affecting the Swedish economy and Sweden is heading for an economic downturn. That is the verdict of Handelsbanken in its new Global Macro Forecast.
“The downturn is clear, and in this situation we expect the Riksbank to decide not to hike the repo rate,” says the bank’s Chief Economist, Christina Nyman.

The Swedish economy, which had previously resisted the global slowdown, is weakening more quickly than expected, particularly within industry. Indicators also point to the weak trend persisting in the near future, and Handelsbanken reiterates its previous scenario of the economy slowing further next year. This means that the Swedish economy is heading towards recession.

“In such an environment, unemployment increases. The alarm signals from the latest unemployment figures are probably exaggerated, but we still expect the labour market to weaken,” says Christina Nyman.

In the forecast, it is household consumption that maintains GDP growth. However, Handelsbanken expects incomes to show slower growth and lead to households reining in their spending, with the current stabilisation of the housing market providing a degree of support to consumption.

The unemployment alarms may have been a disruptive factor in the run-up to this winter’s collective wage agreement negotiations, which will determine new salaries for around 2.8 million Swedes.

“In historical terms, we expect wages in the agreements to remain low,” says Christina Nyman.

As expected, the global uncertainty, as a result of the US-China trade war and Brexit, continues to hamper growth in the world economy. Central banks are easing the decline, but lack the ammunition to prevent a continuing global economic slowdown, and most factors suggest that the fiscal stimulus measures will be insufficient. In this situation, there are substantial risks to a small, open economy such as Sweden’s, according to Handelsbanken’s forecast.

Read more about Brexit, the German economy, and the municipalities’ finances in our in-depth articles.
For more information about Handelsbanken, see: www.handelsbanken.com
For the full report in Swedish, see Konjunkturprognos and in English Global Macro Forecast 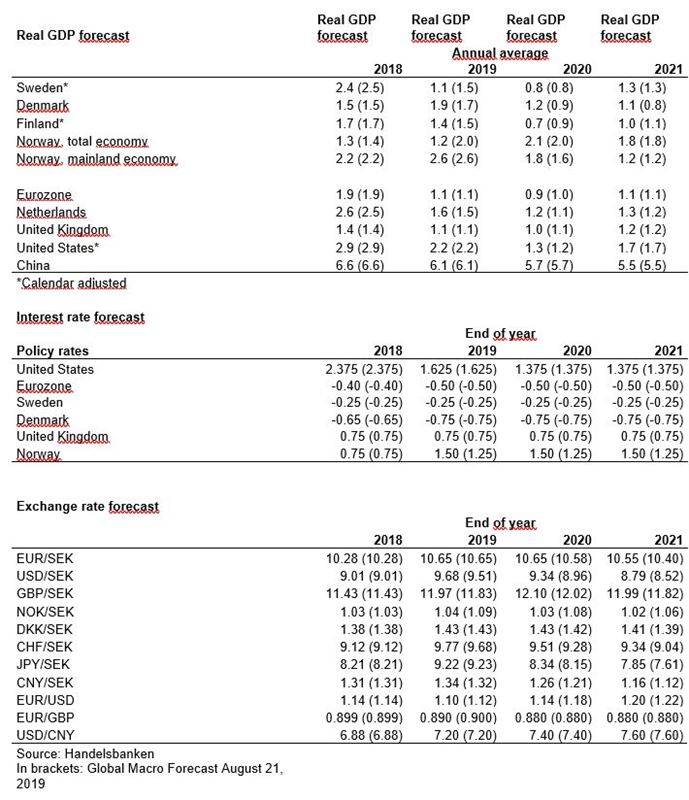 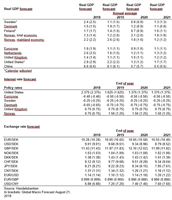