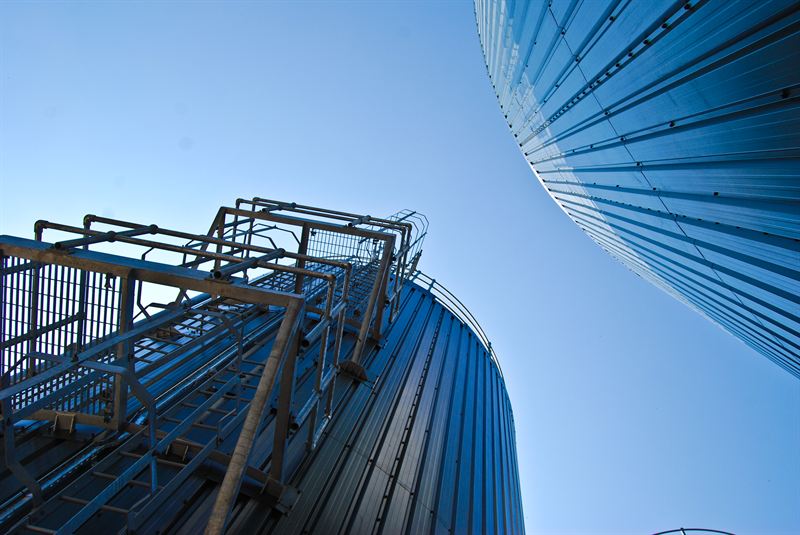 Staff and students at Harper Adams University College have been given plenty to celebrate, with news that the institution has been selected as a finalist for three national awards.

Harper Adams is in the running for the Outstanding Contribution to Sustainable Development prize at the Times Higher Education Awards 2011. The University College received this honour in 2008, for its efforts to reduce food miles to metres.

Work to make the campus even more environmentally friendly has continued in the subsequent three years, and now Harper Adams is a finalist again, this time for the development of an anaerobic digestion plant, which converts food and farm waste into heat and power.

Harper Adams has also been shortlisted twice in the inaugural Renewable Energy Infrastructure Awards, for Best Use of Biofuel/Biogas, and for the Renewable Electricity Facility Award.

Harper Adams Estates Manager Paul Moran said: “It is a real honour to have been shortlisted for these awards and to receive such high-level recognition for what we have been trying to achieve.

“The University College has a central role to play in supporting rural environmental sustainability in terms of farming production and environmental management, the use of natural resources, renewable energy technologies and development of sustainable communities.

“We lead by example; striving to implement best practice and continually reviewing and improving our environmental performance via nationally-recognised accreditation schemes.

“This development demonstrates the commitment of the University College to the promotion of biogas technology and the sustainable agenda generally.”

Mr Moran currently holds the title of Energy Manager of the Year, presented at The Energy Institute’s Environment and Energy Awards 2011, in recognition of all the work he has done to introduce sustainable technologies and reduce energy wastage at the Harper Adams campus, culminating in the development of the AD Plant.

Harper Adams won funding from the Revolving Green Fund, a partnership of the Higher Education Funding Council for England and Salix Finance, to develop the AD plant, which was supplied by Biogen Greenfinch.

A total of £3.7M has been invested in the 499kW mixed food and farm waste anaerobic digestion system

Harper Adams University College is the UK's leading specialist provider of higher education for the rural and land-based industries. Our mission is to deliver higher education and research for the delivery of a sustainable food chain and rural economy. To see how Harper Adams can help you, visit www.harper-adams.ac.uk