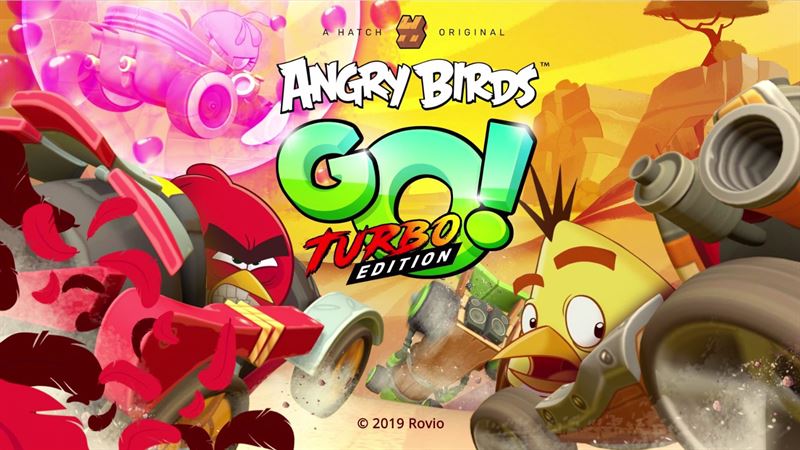 HELSINKI, FI. AUGUST 12TH 2019 - Angry Birds GO! Turbo Edition is the turbocharged new version of one of the world’s most downloaded kart games ever. The game is a Hatch Original title, and is available to play exclusively on Hatch - the only cloud gaming service designed for mobile. Streamed through Hatch, players will be able to experience a unique and thrilling racing game on mobile like never before.

At the heart of Angry Birds GO! Turbo Edition is the all new real-time multiplayer mode offering players the chance to compete against friends, family and online rivals from across the globe. Streamed from any Android device as easily as a movie or TV show - on 5G, 4G/LTE and WiFi - players can compete with up to four other players from anywhere, anytime - a first for Angry Birds GO!

Players of Angry Birds GO! Turbo Edition will be able to:

Juhani Honkala, Founder and CEO, Hatch said: “To have the newest version of Angry Birds GO! streaming exclusively on Hatch is a very exciting moment. From thrilling multiplayer races with your friends and family to the chance to dominate leaderboards and win real life prizes - we’re giving fans of the classic game a totally fresh experience while introducing a new audience to one of the most popular kart games ever. We believe people will love the new Angry Birds GO! Turbo Edition.”

Download Hatch from Google Play here or from the Samsung Galaxy Store (on Samsung S105G devices) for Korea. For more information about Hatch, please visit www.playhatch.com/angrybirdsgoturbo/.

Hatch is the cloud gaming service built for the always on, always connected 5G world, delivering rich, full-featured games to mobile devices and TVs with no downloads, no in-game purchases and no limits. Hatch is available now in selected European countries, the US, Japan and Korea. For more information, visit playhatch.com. Hatch is a subsidiary of Rovio Entertainment Corporation.